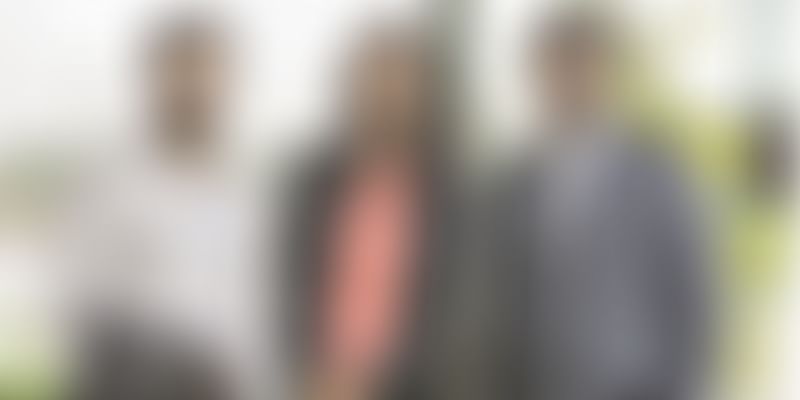 Businessman Shiva Ambaasuthan had bought a site in Bengaluru, wanting to build a house. But he did not know how to go about it. While he was on Facebook he found the page of a little-known startup called Build-Inn, which promised to execute home solutions. He called the team and they connected him to an architect and a contractor who then went on to complete his house. “Since they maintained quality and operated within my budget I used the platform for the second time to build a commercial complex,” says Shiva.

The story of Build-Inn began with two enthusiastic entrepreneurs who were trained in law and architecture, and are trained as a vocalist and a drummer. They found harmony in building a company that focussed in organising the home construction industry. Puja Arti and Rohan Shenoy founded Build-Inn in August 2015 to solve the problem of finding home builders, interior decorators and repairmen.

The idea sprung around 2014 when the duo were volunteering at the International Association of Students in Economic and Commercial Sciences. The business proposition was to use their education to connect the dots in the disorganised world of home construction. Since most first-time home owners did not understand the construction ecosystem, they created a platform to bring all the needed professionals to one's doorstep by the click of a button. The platform included the organised bunch–such as the contractors, furniture suppliers, lighting experts, designers and building contractors–and the skilled bunch–like plumbers, carpenters and painters. Once the home owners select their match on the platform, Build-Inn gives its word that contracts between the two are executed. The customer chooses from a whole host of verified building and home experts to execute the project.

“The focus is on bringing quality to the construction industry,” says Puja, the 23-year old founder of Build-Inn. The company helps customers find sustainable and alternate materials for building homes.

The business model and competition

Once the customer chooses his set of deliverables he pays the contractor who executes the project. Build-Inn takes a small percentage of the total project cost. It has, over the last six months, delivered over 100 projects. The company did not want to disclose their revenues but said that the average price of a contract was anything between Rs 10 and Rs 30 lakh or more on which they earned a commission. This business is clearly tuned to win the long tail of the Indian economy. According to the World Bank the country has the youngest median age population of 27 and, going by this data, the millennial generation will begin to own or construct houses for themselves. According to the Indian Brand Equity Foundation, the construction industry is expected to be more than $100 billion today and is expected to reach $180 billion by 2020. The home market in India is expected to be at least 20 percent of this market.

There are companies like HomeLane and MyGubbi that work on getting the interiors of the home done. Build-Inn promises to get all this and more. “It’s a complete home solution, from architecture to execution,” says Rohan, the 27 year-old founder of Build-Inn.

Build-Inn is still a three-member team and is seed-funded by Girish Rao, CTO of Marico Ltd., one of the largest FMCG companies in India. “I can see the energy in the team and the will to make things happen. The leadership in Build-Inn has sound knowledge in their field which gets a lot of credibility, which is very important for a startup,” says Girish Rao. He adds that he found the company interesting because the focus was on the online channel to acquire new customers, and yet execute projects for the offline world.

This startup has piloted over 50 suburbs in Bengaluru and is now planning to take the business to at least four Tier II cities across Karnataka by the end of the year, and in a year’s time it wants to extend into other regions. “The opportunity to get people to build their homes with an organised and verified system brings credibility and scale to a platform,” says Rohan Shenoy.

Surely, they will be building the future of homes in the country if they can scale up and are able to convince the world to go green.