You won't believe these 17 celebrities were bullied as kids 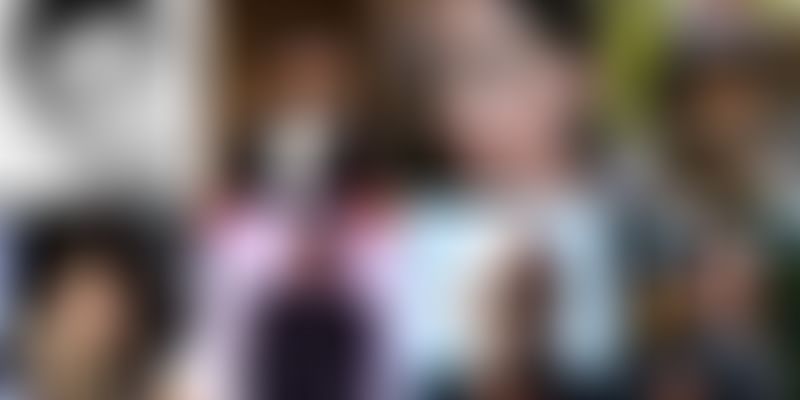 Bullying is one of the worst things that could happen to any child. It destroys their confidence, makes them afraid all the time, and overall makes their lives miserable. When a child is being bullied, you just want to protect him/her and stop the bullies from hurting him/her: even thought that might just worsen the problem.

Sometimes we see a kid getting crushed by constant bullying and mental/physical abuse – and fear it could affect their futures or oppress their personalities. So it’s a damning statement in the face of all bullies when you can pick out examples of those kids who overcame the experience and rose to amazing heights, instead becoming stronger. Here are some successful personalities who faced such hardships during their childhood and have reached where they are despite it, showing the bullies who’s boss!

Yes, the amazing swimmer Michael Phelps, who has won the maximum Olympic golds, was bullied badly as a child. He describes being beaten and picked on because of his lisp and big ears. Now when he goes back to his hometown, “they’ll [the bullies] try to talk to me”.

It’s a vindication for the Bollywood superstar who went to school in the US and had to face racial bullying there that she is now the star of a primetime American TV show. “Brownie” was a common insult she heard – she has now achieved success as an actor and a singer in both India and the US.

The Dark Knight star had this to say about his childhood:

“I took a beating from several boys for years. They put me through hell, punching and kicking me all the time. If you can face the bullying at school and come through it stronger, that is a lesson for life.”

On accounts of his stutter, Hrithik had to face a lot of bullying as a child. But he never let it stop him, and took therapy to fix his speech. Now, he’s an eloquent speaker and an extremely successful actor.

Sin City-star Jessica Alba has overcome the awful treatment she received at the hands of her peers to reach where she is today:

“I was bullied so badly that my dad used to walk me into school so I didn’t get attacked. I’d eat my lunch in the nurses’ office so I didn’t have to sit with the other girls. Apart from my being mixed race, my parents didn’t have money so I never had the cute clothes or the cool back pack.”

This evergreen entertainer and radio/TV personality is one of the more unlikely members of the list. But his famous confidence and machismo hides a past where he was regularly beaten by neighbourhood bullies, driving his parents to enroll him in judo lessons to defend himself.

The fearless and talented Good Girl Gone Bad in fact had an extremely difficult childhood where she had to face bullying for being “not black enough”. She faced various kinds of racial discrimination, which she overcame to become the pop superstar she is today.

Another badass you’d never expect to find on this list, Raghu is himself sometimes called the “bully” of Indian television. However, it was difficult childhood experiences that created the fighter he is today:

“In school, I used to get bullied a lot and it was quite serious in nature. I feel my life changed because of those unpleasant experiences. My personality was shaped in a certain way because I faced bullying of the worst nature.”

Rising Bollywood star and actor Siddharth Malhotra was bullied badly as a kid – shockingly, by his own brother! Siddharth, who put in an inspired performance in the movie Brothers, says he was beaten and physically abused by his older brother – which motivated him to be stronger and successful.

“I had the worst high school experience ever. I went to a very mean school and was bullied like crazy… If I could go back and tell my 14-year-old self anything it would be, ‘Don’t worry. You’re going to be doing exactly what you want to be doing and those people who are a***holes now are still going to be a***holes in 20 years. So let it go!’”

“They were literally picking things up out of the puddles and throwing them at me, and I just stood there, on my own. No one was with me. I didn’t have any friends. People would push me around, say they were going to beat me up after school, chase me. It was miserable, my whole schooling, miserable. I tried to be friends with people, but I didn’t fit in. So I kept myself to myself.”

From an interview with Elle Magazine

Miley’s a bit different, because she was already a star in her teen years: but that was what invited the unfortunate attention. In her memoir, Miles To Go, she describes:

“These were big, tough girls, I was scrawny and short. They were fully capable of doing me bodily harm. They shoved me in. I was trapped. I banged on the door until my fists hurt. Nobody came. I spent what felt like an hour in there, waiting for someone to rescue me, wondering how my life had gotten so messed up…”

“I was bullied and it’s hard, you feel like high school’s never going to be over. It’s four years of your life and you just have to remember the person picking on you has their own problems and their own issues,” Megan Fox told E! News.

Because of his weight, Bollywood star Arjun Kapoor was bullied and teased as a child. Even in adulthood, being labeled “fat” created a lot of obstacles for him. So it was a triumph when he lost weight and developed a body that has earned the status of a sex symbol, and became a successful actor – something many Indians aspire to.

Director Karan Johar struggled as a child as he was subjected to inhuman discrimination on the basis of weight. To have risen to the fame and accolades, he tells bullies all over that they can never stop anyone’s potential!

Pakistani heartthrob and acclaimed actor Fawad Khan recently opened up about being teased and picked on in school. He was “the quiet one”, he says, and because of that he was targeted – but he laughs at it now. The bullies have gone nowhere in life, and he has come so far.

Most of you probably know this story: but when the great man was a young kid on the streets of New York, a bully took his bike away from him. When he reported this to a cop he was told: first learn to box, then you can get you bike back. The rest, as they say, is history.

It goes to show that those who hurt and abuse can never stop us from being the amazing individuals we’re meant to be.