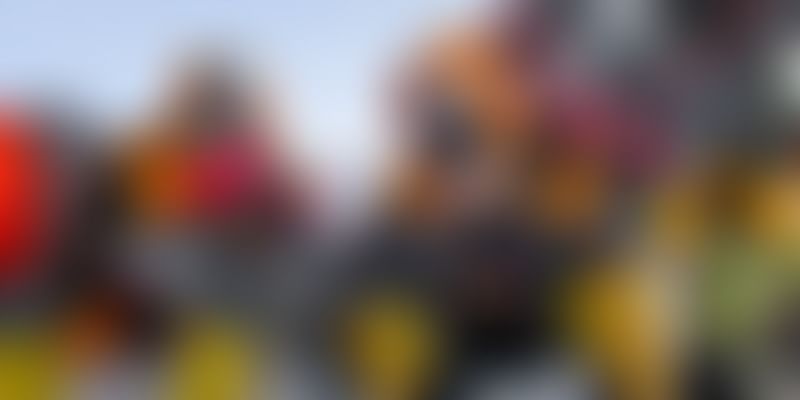 Since their marriage in 2008, this couple, both in the Maharashtra Police, dreamt of ascending Mt Everest, the tallest peak in the world, together. They even decided to delay becoming parents till they achieved their dream. The duo finally managed the feat on May 23.

Addressing a press conference, the two, known as the “adventure couple” in Maharashtra police, said that they became the first Indian couple and first security personnel couple to reach the top of Mt Everest. “We were committed that we would not give birth to a child until we climb Mt Everest, said Rathod, adding that they were immensely pleased to achieve their goal and happy to share the news with the rest of the world. According to Hindustan Times, Tarakeshwari said, “With pride now, we want to become parents.” However, the couple said that they were saddened on hearing that three Indian nationals had lost their lives in the climb, but once they reached at the top themselves, they were overjoyed.

The Rathods, both aged 30, entered in police service in 2006. Before this, they had climbed the highest peak in Australia and other peaks and conducted several adventure sky diving and other mountain related expeditions. Along with the Indian couple, two Nepali Sherpas, Furba and Fushemba, also reached the top of Everest. The trip was organised by Makalu Adventure. Over 70 Indian nationals have successfully climbed Mt Everest this season. The couple had planned to climb the Everest in 2015 but had to postpone their plan due to the earthquake.