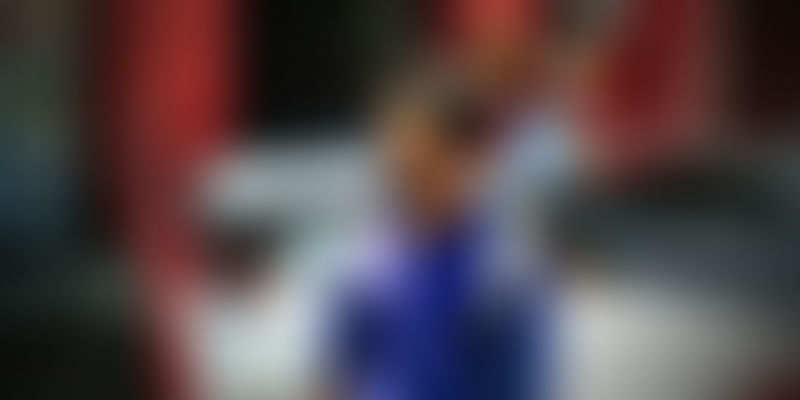 We are all familiar with these lines from the cult movie ‘Gangs of Wasseypur’, but have you ever wondered what exactly they mean?

Somesh Chandran, 24, was studying to be an economist when he realised his true calling. Economic theories suddenly seemed alien to him and he just couldn’t get himself to wrap his head around all those equations and numbers. After he had completed his studies, with great difficulty, Somesh decided to pursue a career in journalism and worked with publications like DNA, Times Internet, The Quint, and Sportskeeda . He was enjoying his new career thoroughly when an idea struck him.

“I was watching the Bollywood cult classic Gangs of Wasseypur in 2014 . Being a South Indian, the language used in the movie was alien to me. As a person I’ve always been open to different genres of music, and found the music in Gangs quite interesting, though I couldn’t understand what they were saying,” he says. This got Somesh thinking about how there would be more people like him who were struggling to know what certain words and sentences in songs and movies meant. He started by decoding lyrics with the help of a Hindi poet and a tuition teacher. As he went along understanding the space better, he figured that it’s a great time to organise Hindi lyrics into something more useful for listeners and founded Dohaz.com, a lyrics discovery website.

While Somesh is currently based in Mumbai, the Dohaz team consists of five members who are based in different parts of the country. Somesh has outsourced the development and other technical aspects of the website to a team of young developers based in Pune. So how does the team decide on the songs they want to work on?

Dohaz wants to focus on great melodies and good lyrics. However, getting a team that has developed a refined taste in music is difficult, and owing to this, Somesh faces quite a few hiring challenges.

Although he is happy with his current team, which he describes as ‘super talented’, Somesh is concerned about getting more writers on board with a view to expand further. He has faced issues with finding writers with the ‘right balance’ and is always on the lookout for musically inclined people with a flair for writing.

“We don’t want to decode every Bollywood song out there and want to simplify lyrics from songs that have a certain vibe about them, the ones you can learn something from. It’s all about dropping knowledge on our listeners.” Somesh explains.

The business side of things

The website sees between 1,000-2,000 unique visitors per month and although they’ve gone live only recently, Somesh and his team are exploring various other ways of generating revenue along with the obvious native advertising. Dohaz is looking to partner with movie houses, getting exclusive syndicated content from online and print media portals, and tying up with music streaming websites. They are also looking to cash in on the hugely popular videos trend by building on the content already on the website and presenting them through innovative videos.

Dohaz has also partnered with over 20 artists including the popular folk rock band The Raghu Dixit Project and Urdu Rapper Naezy, among others. Within a short time, the website has also been acknowledged by Bollywood, “Popular screenwriter and lyricist Varun Grover and Juhi Chaturvedi, writer of the movie, Piku have appreciated our work on Twitter.” says an excited Somesh.

While there are quite a few lyrics discovery websites out there to help you with Bollywood lyrics, Dohaz, Somesh claims, is different as they are focussing on explanatory journalism. Apart from being only a website where one can decode song lyrics, it is also a website where you can discover music.

“When you click on the lyrics at Dohaz, you will not only understand the meaning of a particular word but also it’s context, and trivia surrounding the music/movie/artist in question. The aim here is to help listeners and readers engage with the song at a deeper level.” explains Somesh.

However, it will be interesting to see how Dohaz can compete with the other players in the space like Bollymeaning.com, Bollywood Hungama, and The Songpedia who have been around for a relatively longer time and see a higher number of visitors.

The Songpedia is currently clocking around a quarter million page views per month, while Bollymeaning sees approximately 5,00,000 page views.

Going forward Dohaz wants to become a platform for artists to communicate their artistic intent with the audience.

“I envision people like Varun Grover, Rahman, Javed Akhtar, Gulzar using Dohaz as a platform to explain their music and give the readers an experience that they’ll never forget. We also wish to collaborate with movies that have meaningful music. We want to allow users to be able to visit Dohaz and explain the lyrics themselves, as well.” concludes Somesh.