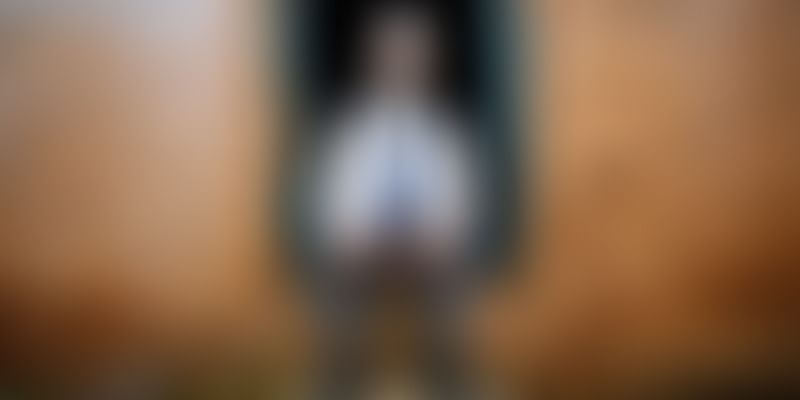 Unlike most 68-year-olds, Durga Kami of Nepal does not wake up and look forward to the newspapers and a hot cup of tea. Instead, this grandfather of eight, brushes his bushy white beard, puts on his school uniform and walks for over an hour to reach school. Durga, who wanted to be a school teacher but couldn’t finish his studies as a child because of financial constraints, told Reuters that he decided to go back to school to “escape a lonely home life” after the death of his wife.

“To forget my sorrow, I go to school,” said Durga, who is probably Nepal’s oldest school student. Durga is a student at the Shree Kala Bhairab Higher Secondary School, along with some 200-odd students. The Huffington Post says, he feels that the sights and sounds of young children running around is a welcome contrast to the silence of his one-room home.

“I used to think, ‘Why is this old man coming to school to study with us?’ But as time passed I enjoyed his company,” said Kami’s 14-year-old classmate, Sagar Thapa. “He is a little weak in studies compared to us but we help him out with that.” Durga, whose children have all left his hilltop home, first went to Kaharay primary school where he learnt to read and write with the seven and eight year olds before leaving after finishing grade five with the 11-year-olds.

Shree Kala Bhairab teacher D.R Koirala then invited Durga to his school, which provided the grandfather with stationary and a school uniform including grey trousers, blue striped tie and white shirt.”This is my first experience teaching a person who is as senior as my father’s age,” Koirala said. “I feel very excited and happy.” The school scholarship does not stretch to cover food, though, meaning Durga’s breakfast of rice with a fermented green vegetable known as ‘Gundruk’ must sustain him until dinner.

The 20 children in his grade 10 class have dubbed Durga ‘Baa’, which means ‘father’ in Nepali, but despite his age their elderly class mate joins in all activities, including volleyball in the schoolyard. “I used to think ‘why is this old man coming to school to study with us?’ but as time passed I enjoyed his company,” Durga’s 14-year-old class mate Sagar Thapa said. “He is a little bit weak in studies compared to us but we help him out with that,” Sagar added.

Durga said he wanted to study until his death, adding he hoped it would encourage others to ignore age obstacles. “If they see an old person with white beard like me studying in school they might get motivated as well,” he said.