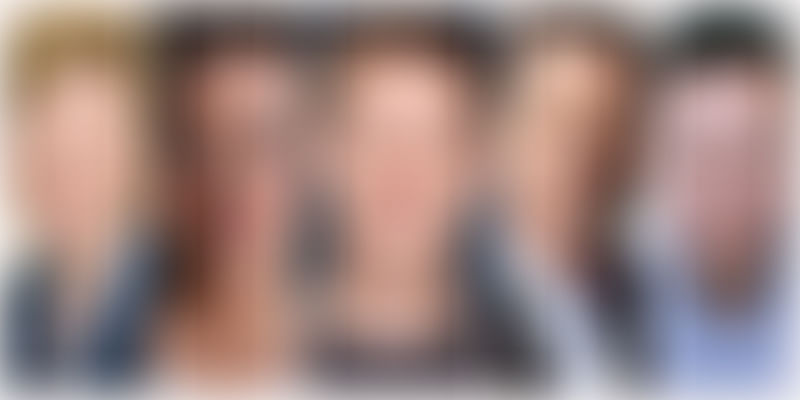 The ‘board of directors’ is a group of elected or appointed members who together oversee the functioning of a company or organisation. They act on behalf of the shareholders to run the day to day business affairs. The board of directors, or just ‘board’ as it is often called, plays a very important role in a company’s success or failure. One wrong decision can bring the company tumbling down. And their right decisions often go unnoticed. As Barry Weinman puts it

A good board can’t make a company, but a bad one will inevitably kill it.

Facebook, the most popular social media website, owes its success to a reliable board of directors. Like many other companies, Facebook’s board is not well known to laymen. Here are the eight people who are responsible for the company’s 12 years of social dominance:

Most known for: Co-founder and General Partner, Andreessen Horowitz

Born in Iowa and raised up in Wisconsin, Andreessen always had a fascination towards computers. He was one of the first few people who realised the power of World Wide Web. As an undergraduate at the University of Illinois, he worked at the National Center for Supercomputing Applications (NCSA), where he, along with a co-worker (Eric Bina), developed NCSA Mosaic (a user friendly browser with integrated graphics).

After his graduation from UIUC, Andreessen moved to California for work, where he met Jim Clark, who believed in the commercial possibilities of Mosaic browser. Andreessen and Clark together started a company called ‘Mosaic Communications Corporation’, which was later renamed to ‘Netscape Communications’ and its flagship product was the Netscape Navigator.

Netscape saw a lot of success in the mid-1990s, owing to which Andreessen became the poster-boy of the Internet bubble generation, having been featured on the covers of many leading magazines. Soon, Netscape Navigator lost its market share to Microsoft’s Internet Explorer. His company was acquired by AOL in 1999, the same year he was named as one of the top 100 innovators in the world under the age of 35 by MIT.

In 1999, Andreessen, along with a few others, formed Loudcloud (a services-based web hosting company, later renamed as Opsware), which was later bought by HP.

In 2009, Andreessen and long-time business partner Ben Horowitz announced their Silicon Valley venture-capital firm Andreessen Horowitz. The firm invested majorly in IT companies including: Facebook, Foursquare, GitHub, Pinterest, and Twitter. In 2012, Time magazine listed him in the annual list of ‘100 most influential people in the world’. He is also one of the only six inductees of ‘World Wide Web Hall of Fame’.

Erskine has held important posts in government, academia, and business. Born in North Carolina to democratic politician, politics seemed to be in his genes. Politics and business had always intrigued him. Following his graduation from Columbia Business School, he worked for Morgan Stanley in New York City.

Erskine moved back to North Carolina to work on his father’s 1972 gubernatorial campaign. In 1975, he helped launch the firm Bowles Hollowell Conner.

Erskine ran unsuccessfully for the United States Senate from North Carolina in 2002 and 2004. In 2005, he accepted an appointment as UN Deputy Special Envoy for Tsunami-affected countries. In the same year, he was elected as the president of University of North Carolina. He retired from his post in 2010. Late that year, he co-chaired President Obama’s National Commission on Fiscal Responsibility and Reform.

Most known for: CEO, The Bill & Melinda Gates Foundation

Susan grew up in Reno, Nevada. She got her pre-medicine and medical degree from University of Nevada, Reno. She started her career as an associate adjunct professor at UCSF medical facility. She spent two years as visiting faculty at Uganda Cancer Institute. She then practised clinical research for four years at Bristol-Myers Squibb. In 1995 she joined Genentech, where she researched on cancer and its treatment. She left the company in 2009, when it was acquired.

In 2013, she was appointed as the CEO of The Bill & Melinda Gates Foundation. She has often been featured in the ‘Most powerful people’ lists.

Reed Hastings joined the Marine Corps at a very early age. In 1983, he joined Peace Corps after graduating from Bowdoin College, and went to teach high school math in Swaziland till 1985. After returning, he attended Stanford University. After his graduation, he got his first job at Adaptive Technology, where he invented a tool for debugging software. He left this job to form his own company, PureSoftware, which made products to troubleshoot software. As the company developed, he “transformed from an engineer to a CEO”. In 1997, Rational Software acquired the company and soon after, Reed left.

Later that year, Reed and Marc Randloph co-founded Netflix, a DVD-by-mail service. Netflix is best known for its liberal work environment. Netflix has been expanding ever since.

In 2000, Reed became the president of California’s State Board of Education. Since then, Reed has been actively involved in educational philanthropy and politics. He actively donates money for educational reforms.

Reed was briefly made CEO of TechNet, a political network of business executives that promotes technology growth and innovations.

Most known for: Co-founder and CEO, Whatsapp.

Ukraine-born Jan Koum is the most recent addition to the Board. Jan grew up in Fastiv, just outside Kyiv, Ukraine. He moved to California along with his mother and grandmother, where a social support programme helped the family to get an apartment. At first, he worked as a cleaner at a grocery store. He later became interested in programming, and hence joined San Jose State University, simultaneously working at Ernst & Young as a security tester to pay off his education bills.

In 1997, Jan was hired as an infrastructure engineer at Yahoo, shortly after meeting Brian Acton at Ernst & Young. They worked there for seven years and left Yahoo in 2007. Both applied to Facebook and failed to get in. In February 2009, Jan visited Alex Fishman and talked about WhatsApp for two hours over tea. He incorporated Whatsapp Inc. a week later, on his birthday.

After a series of talks with Mark Zuckerberg, in February 2014 Mark formally proposed Jan a deal to join Facebook board. A few days later, Facebook acquired WhatsApp for $19 billion.

Sheryl Sandberg was the first woman to be on the board. She was born in Washington, D.C., but her family soon moved to North Miami Beach. She had always been good in studies. She was the top graduating student in economics at Harvard College. Later she worked as a research assistant at the World Bank for approximately one year. She also earned her MBA with highest distinction from Harvard Business School.

Sheryl worked for a year at McKinsey & Company and then assisted in the United States Secretary of Treasury’s work for around five years. In 2001, she joined Google Inc. as the Vice President of Global Online Sales and Operations. In March 2008, Facebook hired Sandberg for the role of COO. She became a board member in 2012.

She has been a board member for The Walt Disney Company, Women for Women International, Center for Global Development, V-Day, Starbucks, Brookings Institution and Ad Council.

In 2013, Sheryl published a book titled ‘Lean In: Women, Work, and the Will to Lead’. It is about lack of women in government and business leadership positions; and feminism. She has often her opinion on gender equality.

Sheryl has often been featured in ‘Most influential people in the world’ lists by various magazines.

Most known for: Co-founder and Former CEO, PayPal.

Peter A. Thiel was the first outside investor in Facebook. For his initial investment of $500,000 in 2004, he earned 10.2 percent of the company and a seat on board of directors. Born in West Germany, he moved to California with his parents when he was one year old. He was US-rated Chess Master. He received his degree in Philosophy from Stanford University in 1989 and earned a J.D. from Stanford Law School in 1992.

After graduation, Peter clerked for a judge for one year and then he traded derivatives for Credit Suisse Group. In 1996, he founded Thiel Capital Management. In 1998, Peter co-founded PayPal, an online payment system, along with Max Levchin. In 2002, PayPal was sold to eBay for $1.5 billion.

Peter is one of the world’s leading venture capitalists. He has founded other firms like Palantir Technologies (CIA funded VC firm), Valar Ventures(global VC firm) and Mithril (a late-stage investment fund).

Most of Peter’s philanthropic work is centred on breakthrough technologies, like OpenAI, anti-aging research, machine intelligence research and many more. He has also penned a book along with David Sacks, titled ‘The Diversity Myth’; and one with his student titled ‘Zero to One’.

Facebook was kicked-off in a dormitory in Harvard College. In 2004, New Yorker Mark Zuckerberg and his college mates launched a website called “The Facebook” in Harvard University. The site was an instant hit with the students and it soon expanded to different universities. The team moved into a small house in California that served as an office. During summers, Facebook got its first investment from Peter Thiel. Eventually, Mark dropped out of Harvard and focussed on expanding Facebook. Mark receives a salary of $1.

Mark and his wife, Chan, have donated to many causes, including education, medical research and many others.

From businessmen to doctors, politicians to authors; Facebook’s board has them all. With this load of experience, no wonder the company’s been generating profits steadily. Put together, the members have founded 21 organisations. According to a survey, Facebook is the biggest social network, taking the top spot in 129 out of 137 countries surveyed. Employees and the board deserve equal credits.