For the farmers, from the farmers – here’s how farMart is reaching out 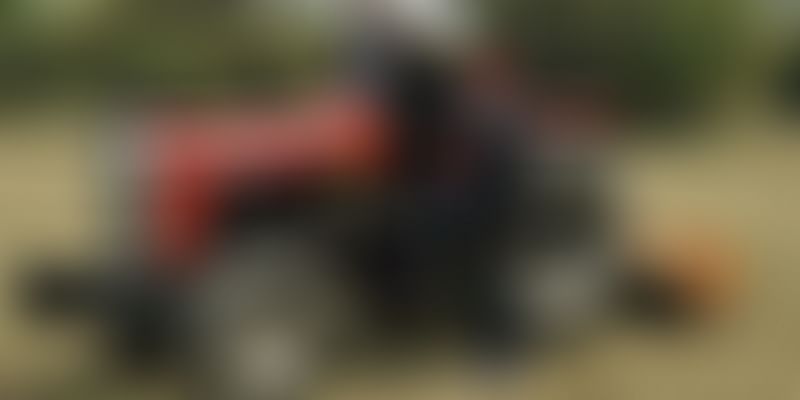 During one of his routine visits to Jalandar, Punjab, Alekh Sanghera heard his 88-year-old grandfather talk about the hardships farmers face and how farming is no longer a respectable and profitable business in India. Little did he know that this encounter would lead him, and his friends to create farMart: an on-demand agri machinery renting platform for the farmers and from the farmers.

In a country like India, around 75 percent of farmers own less than one hectare of land. Such small landholdings make it unviable for farmers to own agri-machinery and implements like tractors, tillers, rotavators etc., solely for their own purpose. A possible solution to this would be to rent out machinery, but it’s impossible to do that because of the limited access they have.

Not only do farmers face many challenges while seeking to rent agri-machinery, they also face price exploitation and unreliable delivery schemes, resulting in lower yields and crop loss. To solve this problem, the two 24-year-olds, Alekh, and Mehtab Singh Hans, along with their mentor Lokesh Singh founded farMart.

Alekh realised that despite the technology revolution, there was nothing helping the farmers with their problems. He embarked on a journey to solve farmer problems, and brought on board his childhood friend, Mehatab, and his ex-boss Lokesh, all of whom shared a similar passion for farming. The three then founded farMart, basically connecting farmers who own machinery with those who don't. Large farmers put their underutilised agri-machinery up for rent on the farMart platform and farmers who are in need of machinery can book it using a mobile app or call centre.

On-boarding multiple machinery owners and helping them generate an alternative source of income, farMart provides access to a larger customer base of farmers by leveraging the existing market supply of machinery rather than investing in procuring machinery, therefore making the model highly scalable. They reach out to the farmers by organising roadshows, self-help groups and through the gram panchayats.

By renting out machinery, a farmer can earn anywhere between Rs. 1,000 and 5,000 in a day. We take up about 10-15 percent of the commission on every transaction. In an area where there is normal farming, farmers grow around 2.5 to 3 crops cycles in a year, needing two implements per crop, which makes it 6-8 times in all. Since we cater to vegetable farmers who have around 5 to 6 cropping cycles, the frequency of renting machinery becomes around 12-15 times in a year. We wish to expand to every sector of farming and provide maximum help to the framers

farMart launched a pilot on in January this year, in 10 villages of Saharanpur district (western Uttar Pradesh). In four months of operations, they have successfully completed 400+ orders, an average ticket size of transaction being Rs 800. They have 300 farmers on-boarded and about 10 machinery owners registered on their platform. Catering to 60 percent of their repeat customers, they have month-on-month growth rate of 200 percent.

Getting to know the founders

From an Army background, Alekh completed his Bachelors of Mechnical Engineering from Sir M Visvesvaraya Institute of Technology, Bengaluru. While working as a digital payment consultant with MicroSave, he met his mentor Lokesh who has an MBA from Institute of Rural Management Anand (IRMA) and over 17 years of managerial and entrepreneurial expertise.

Mehtab hails from a family of farmers from Punjab. Studying in the same school as Alekh, he completed his Bachelors of Business Administration (BBA) from Christ University, Bengaluru. Working as a consultant with the National Institute of Public Finance and Policy (NIPFP), he shares a 16-year friendship with Alekh, since their school days at The Lawrence School Sanawar situated in the foothills of the Himalayas.

"Agriculture sector is ripe for disruption: there are 120 million agri-households, most of them holding less than 1 hectare of land, and many of them still without access to finance, machinery and modern technology. India’s growth and development requires bringing products and services to these millions. The numbers are compelling, and opportunities abound," says Alekh.

In the 2015-16 budget, the government increased its spending on agriculture to about Rs 36,000 crore. In the near future, electronic cash transfer into farmer’s bank accounts by the government for hiring machinery is likely to take over the current subsidy programme for buying machinery. In Punjab, majority of farmers are under debt, due to tractor loans. And since the tractor usage is limited, farmers avoid buying it. Mehtab feels -

Challenges which we have faced so far are low adoption of our mobile app to place an order. Majority of our customers are placing an order through call. Low internet penetration is a problem which rural India continues to face. Another challenge which we have faced is lack of banking infrastructure in villages. Farmers have to travel long distances to withdraw money to avail our services

farMart, being at the closure end of proof of concept stage, is looking to raise capital for team expansion, for building a stronger product on top of the minimal viable product (MVP) they have tested and to scale operations into new geographies.

In June 2015, the farMart team conducted an exhaustive market research with 1,500 farmers as respondents across three states – Uttar Pradesh, Uttrakhand and Punjab. The team found that 93 percent of respondents were regularly renting machinery but faced major challenges.

Another Power Asia 2015 India Tractor Product Performance Index study stated that more than a third of farmers rent out their tractors. The highest tractor rental is seen in some of poorest States like Bihar (81 percent), West Bengal (71 percent), and Chattisgarh (58 percent).

The total market size of agri-machinery renting is stated to be over $5 billion, while the total agriculture market size is over $250 billion.

The players in this market include EM3 Agribusiness, Zamindara farm solutions, Trringo and government cooperatives. EM3 buys their own machinery and leases it, with around 15 centres in MP, east UP and Bihar. Zamindara also follows a similar model as EM3 and operates in a few locations in Punjab. Trringo is a Mahindra (M&M) internally incubated startup and has a twin business model - franchise and farmer to farmer. They are planning to launch operations in five states (southern and western) in June 2016.