What if Google becomes your competitor tomorrow? 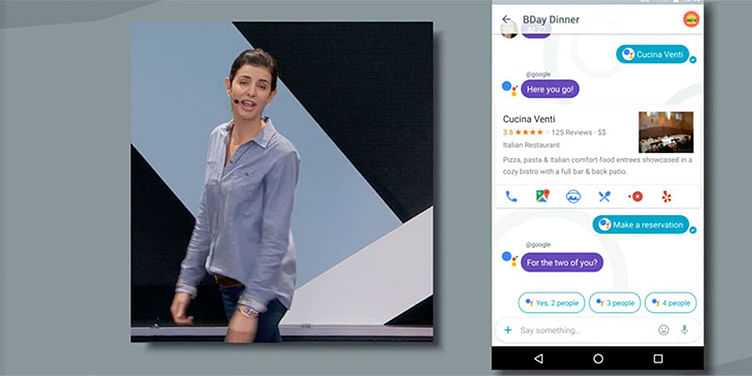 Allo seems like a really amazing app, except that it is exactly what we’re building at StrollUp. At first, it felt really good and provided great validation. When Google wants to make what you are doing, you must be doing something right! It gives a good answer to all those who didn't believe in this product. But then you realise the bigger challenge: how the hell are you going to compete with Google?

Let me tell you our story first. We started StrollUp about 2.5 years ago and have been proudly bootstrapping it ever since. Yes – not all IIT alumni startups raise funding! We were building an itinerary planner for intra-city outings. We were too attached to the product to see that not a lot of people needed these types of itineraries. And so it failed. Then we analysed how people really go out.

Each outing starts with a discussion amongst people who are going out together, usually on some WhatsApp group. They discuss what to do (movie/drinks/bowling etc) and where to go out (best place for the query). Then after a lot of discussion/suggestions, people finalise a place. Now imagine, what if there was a bot in your group and it was the super cool outing going bot, who knows about all great parties and best places in your city? When you mention DJ parties, it would give you the best three on the group itself. You ask for directions, it would give you map. You ask it for booking, it would make a reservation on your behalf. Excited? We are just getting started.

Now let’s make our bot (wait! let’s call her "Anusha") even more powerful. Anusha knows all about you, just like your friends. She would suggest places and activities based on your interest, age, and the people you are going out with. Moreover, she would also consider the weather. If it were a sunny day, she would suggest a place for a chilled beer. If it were cloudy, she would suggest you some scenic rooftop places. But she is still learning, so please be patient with her. Do you know how many creeps ask her out daily?

Even Google can fail

If you want to laugh, you can. I would have done the same. How can someone think that Google can fail? There are 1.2 billion monthly unique Google searchers, who do 2.3 million searches every second. It can advertise any of their products on their homepage. So how can Google fail?

But the truth is they do. Google has launched 180+ unique products/services and a lot of them have failed. Two years after launching Google Video, it acquired YouTube and shutdown Google Video after another 10 months. Google Buzz was a Twitter clone that died within two years of launch. Google Answers was like paid version of Quora – you pay the person who answers your question and Google takes commission. It also died in under five years. I won’t go into details of which products failed and why, but the image below depicts some of the Google products that failed. Most of the ideas weren't bad, but there are alternatives to all of them.

When you have a market cap of $500 billion, you have the luxury to build and throw products in the market. After Google Talk, Google has been trying so hard to get messaging right with these five different apps: Allo, Duo, Spaces, Messenger, Hangout.

Have you heard of Google Places (rebranded as “Google My Business” since 2014)? You probably have even used it without realising. It generates the results when you search about any place or business on Search, Google Maps, or Google+ (see screen shot below). The results typically show basic data such as address, images, hours of operation, and some reviews.

Allo would use these data and answer queries using Google Knowledge Graph, which is a system that understands facts about people, places, and things, and how these three entities are connected. Google said that it would help you do everything without leaving chat. But they don’t do everything. So for making a reservation or buying movie tickets for you, it would rely on the Google Assistant ecosystem, i.e. third-party apps that complete the experience such as Open Table.

So basically, Allo is a Google search function inside a chatting app. It won’t be able to give you answers that Google Search also cannot, such as where to take your girlfriend or where the best parties are tonight. Allo might answer questions that have objective answers, such as “places to eat near me”, but chat works when people want answers for very subjective queries like “what should I do this Saturday?” or “where should I go in Gurgaon?” or “does this place serve good chicken?” Now what’s the use of a chatbot that can’t chat or give the answers that you need? Without good data, Allo is just another bot that might come up with funny responses just like Siri and people might use it once in a while for its coolness. But nobody would come back on the bot to actually ask where should they go out.

In conclusion, I would say: never fear competition. Focus only on your customers and build a great product. If industry is attractive to be in, you will have competition eventually.