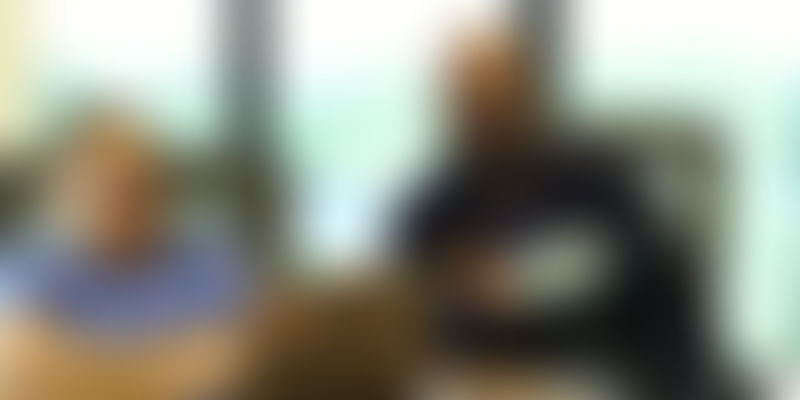 The startup has so far raised $32 million. In 2014, the California-based company raised $10 million in Series A funding led by Intel Capital, Visionnaire Ventures and existing investors.

According to Abinash Tripathy, CEO and Co-founder of Helpshift, the fresh funds will help them expand their team across R&D, sales and marketing.

Founded by Baishampayan Ghose and Abinash in 2012, Helpshift is a mobile-focussed SaaS platform that works as an embedded support desk for apps. The platform integrates with mobile apps and helps developers capture all user-generated information, thereby making it easier and effective for them to solve problems.

In an earlier interaction with YourStory, Baishampayan said, “If a customer has a problem, they can directly ask the question on the app and answers in turn are cloud sourced and given. We built a CRM suite, which had several fancy features like unified inbox, which would collate all the tweets, emails, and Facebook messages. And the response would be sent out to the relevant platform.”

The startup claims to revolutionise the customer support experience on mobile devices. Its support platform includes native functionality such as in-app FAQs, in-app chat, a full CRM ticketing system, in-app campaigns, and in-app surveys, making it easy companies to provide a best in class customer support experience on any device. By the end of this year, it aims to reach two billion devices.

Helpshift has been a great partner for Microsoft and our investment today represents our confidence in their messaging-based approach to customer service, as we hold a shared value of providing the seamless experience customers want,” said Nagraj Kashyap, Corporate Vice President, Microsoft Ventures.

Bird’s eye view of the market

According to a report by Gartner, the CRM market will reach $36 billion in size by 2017. SaaS or cloud-based CRM deployments currently represent more than 40 percent of all CRM deployments.

A recent survey conducted by NASSCOM stated that the SMB market is expected to grow at a rate of 15 percent annualy. With such growth, IT spends of such companies are expected to grow further with CRM platforms as their top priority.

The help desk market is fast growing and several other players like Desk.com, Zendesk, Freshdesk, TeamSupport, LiveAgent, and Kayako to name a few. With the growth of smartphones and apps, mobile-based customer support has become extremely relevant.

Freshdesk is one of the larger customer support service startups and had raised $50 million risk capital in 2015. In December the Chennai-based company acquired mobile user engagement platform Konotor, which offers user engagement over message and in-app.