How HyperTrack is building a B2B startup without the sales team 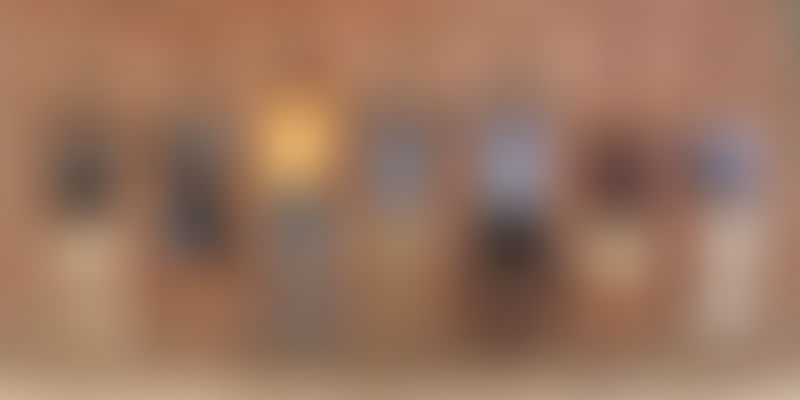 Product development is the most crucial part of any startup journey, but having a super savvy sales team to complement the development effort has its equal importance. While we hardly see any B2B startup without the sales team, HyperTrack appears to have a different viewpoint and rationale for not having it. Kashyap Deorah, Co-founder of HyperTrack, says:

Brainchild of Kashyap and Tapan Pandita - HyperTrack has a 10 members team, out of which nine are developers. In the early stages of any business, focus is important. The early focus forms the culture, habits, personality and DNA of the company. Both the founders are quite clear that they want to build a product whose customer is the developer community, and what better way to do it than have a developer-centric team, which is themselves users of many such tools.

HyperTrack helps businesses by providing them a ‘track and trace’ service for their local deliveries. Just like users can see their Uber ride coming to them on a map with an ETA, along-with driver’s photo and contact details, similarly using HyperTrack, any app can provide the same experience to its consumers.

When Kashyap and Tapan were building JustChalo, the duo realised that the road to the world of technology does not go through San Francisco airport any more. That's when they realised that enterprise software is becoming more like the consumer Internet business. Like consumer products, the business users are discovering stuff over the Internet, trying it out quickly, making on-the-spot decision about whether they like the experience or not and finally, swiping the card to make a purchase. Kashyap adds, “We decided to build a company that solves a problem which developers across the globe were facing.”

Why not having a sales team makes sense for HyperTrack?

For duo - it was also important to solve a problem with a profound end consumer impact. “Thanks to the products such as Stripe and Twilio, which we both used during Chalo/OpenTable, we realised that the two objectives (solving developer and end-consumer problems) were not at odds with each other,” says Tapan.

In the early stages, process of buying (software) does not involve sales people until a lot of users in an organisation end up using the product, and the sales person calls upon central purchasing team to optimise the cost and get enterprise-wide data. “For that reason, we do not expect to have a sales team until we get to a few million USD in average revenue run rate,” points out Kashyap.

Traction and clientele base so far

In March, the duo released the private beta of HyperTrack. “Just after the private beta, several developers requested the access to HyperTrack and we gave them that after understanding their use case and readiness to use our technology,” adds Tapan. From March through May, the startup received about 120 requests through their personal network and blog posts. “Of these, we provided access to about 50 of them. Of those, 20 are now live in a pilot phase and testing our product. The others are in various stages of integration and roll-out,” says Tapan.

The three months old startup’s clientele base includes on-demand logistics service ShadowFax, restaurant delivery service Scootsy, pharmacy delivery service Pharmeasy and a startup providing food delivery from its own kitchen, Holachef. In addition, Toppr is using HyperTrack to track sales visits and a number of other on-demand service companies are using it to track their service visits. “The 20 users currently under the pilot program would themselves represent a combined volume of over 100,000 orders per day when they use HyperTrack for all their pickups and deliveries,” adds Tapan.

The duo claims to have had a tremendous luck in hiring. Kashyap says,

When Tapan and I were in San Francisco in January, Abhishek Poddar reached out to meet. He was my customer when I was building Chaupaati, and had since done an MBA at Stanford and some other fantastic things as a product manager at Google,” says Kashyap.

Meanwhile, Abhishek was looking to move back to India and exploring options. “We were not particularly looking for a product head but the chemistry and overlap between our goals in life and business was so sharp that one thing led to another and he moved back to India to join us,” he adds.

Besides Abhishek and Amit, Arjun Attam wrapped up his med-tech company to join HyperTrack as developer. “We are fortunate to have people of this calibre in the team. It does not feel like they are joining a company or that we are hiring them. It feels as if they are the company and are building it the way they want to build it. It's fun,” adds Kashyap.

Competition and road ahead

Currently, on-demand companies can track delivery in two ways. One way is to build a system in-house using raw location data received from the smartphone OS and then using Google Maps APIs to make sense of this data. The other is to use enterprise SaaS solutions that offer a driver app, sometimes called delivery management software. HyperTrack's real competition is developers building in-house.

The duo believes that HyperTrack is cheaper, better and faster for them to implement tracking. “Developers can focus on their core and take the role of tracking in their business to the next level using us. Maps technology and delivery management companies have tracking bundled into their offerings, but we are focused on tracking only and are unbundling that as an easy-to-use API for developers,” concludes Kashyap.