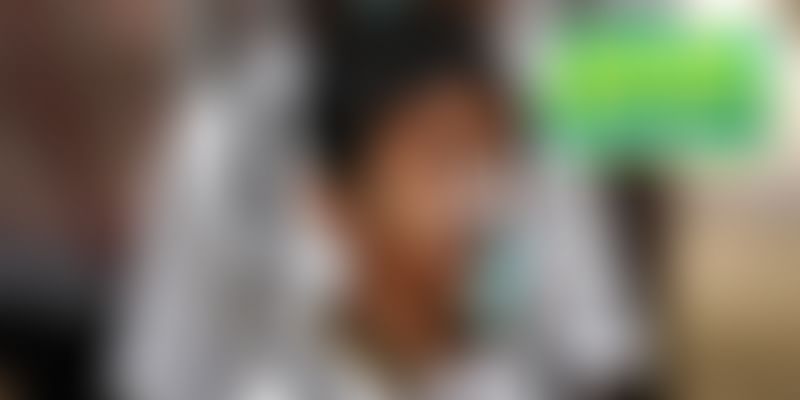 It’s easy to pass the buck onto city administrators-blaming them for not controlling the escalating air pollution in Bengaluru. It’s about time citizens take ownership and do their bit. Josephine Joseph in Citizen Matters shows the way forward in how residents, of this once beautiful city, can restore its glory.

Josephine says in her 2014 report:

In Bengaluru, vehicular pollution and dust are the major contributors to air pollution, and as listed earlier in this series, they cause several health and environmental problems. While the dust is mostly from construction activities, the air currents and constant vehicular motion keep the pollutants in circulation all the time.

There is no single solution to mitigate air pollution given the number of government agencies involved and the heterogenous mix of vehicle users and commuters. In this article, we look at the role individual road users play. On an average, 6734 BMTC buses ferry 49,50,000 passengers in 79677 bus trips across the city. As on March 31st 2014, there were 50,50,057 vehicles registered in Bangalore city of which the two wheelers, cars and jeeps were 44,74,722. As a single unit, a two wheeler maybe adding a lower pollution load but the fact that there are as many as 34,79,208 two wheelers in the city means that collectively, two wheeler riders contribute to air pollution as much as or more than other vehicle users.

Our autophilia shows a less populous India beats China in automobile travel according to a study, which also says there is no correlation between salary and car usage. Though the need for one to buy a vehicle may vary, one common reason is the convenience it provides – that of not being at the mercy of someone else when one needs to commute. That being said, when the cons of driving individual vehicles, including increasing air pollution, traffic jams, high cost of fuel, ill-tempered motorists and lack of parking places etc. are listed down, maybe it is time to take a step back and consciously make a decision to avoid being a part of the problem – thousands are doing it but there is no significant impact because a larger number are still using their own vehicles to commute.

When individuals choose to contribute there are always options. While proper vehicle maintenance, use of public transport and vehicle pooling are the common known solutions to air pollution, commuter cyclists in Bangalore are beginning to make their presence felt.

The easiest contribution to a cleaner environment by a vehicle user is good vehicle maintenance. The awareness brochure for vehicle users by the Society of Indian Automobile Manufacturers lists out the Dos and Don’ts for fuel efficiency and economy. The manufacturers have also been mandated to adhere to five details of the fuel economy under standard test conditions.

It would be wrong to presume that all BMTC or BMRCL commuters do not have a private vehicle and have no choice but to use public transport. Public transport is a tried, tested and adjusted-to mode of transport for many. It would also be wrong to make blanket remarks like buses take a long time to reach a destination, buses are unsafe, bus stops are far away, how will I manage with the kids, I will begin when all Metro routes are functional and other such statements that sound less like justifications and more like procrastinations. BMTC has come a long way in terms of its infrastructure, areas serviced, special services and customer grievance redressal. Under the Safe Routes to School, the BMTC ferries thousands of students to school and back home and has not only decreased the use of many private vehicles but also decongested several points in the city during peak hours. The BMTC ezyTrip mobile-friendly site helps commuters plan their trip and get information on bus routes and fares. While BMTC is working on their mobile app, some commuters use Bangalore BMTC Info app for more information. The fact that BMTC will soon introduce a fleet of CNG buses is a reason for the city to cheer. BMTC promotes and creates awareness by organising the Bus Day on the 4th of every month. Even with frequent fare hikes, BMTC continues to ferry as many people as before.

It is a common sight to see single-passenger cars in the city but in reality there are several Bangaloreans who do opt for car pooling. This mode needs some research, many trials and a lot of patience and determination. Though the impact on air pollution will be felt only when the numbers are significant, for every converted car pooler the savings on fuel alone is incentive to keep the car pool going. There are several sites that enable easy carpooling if one doesn’t have enough colleagues or neighbours commuting in same direction. The Mapunity Bangalore Traffic Information System’s carpool portal, Car Pooling in India, Carpool.in are some websites that connect carpoolers. Letsride.in and Let’s Drive Along were the two new carpooling options available for the city drivers; Let’s Drive Along can also be installed as an app on android phones.

Cyclists have been a part of the commuter fabric for decades now, from the milkman, newspaper boy, postman, school / college students and others going to a point of work. Though there is no record of the exact number of cyclists commuting to work, the last couple of years has seen a new wave of bicycle riders earning the city the title of the “Cycle Capital of India”. When an individual, who otherwise ride or drive to her / his destination, opts to cycle the contribution to the city is tremendous. The fact that several corporate offices and establishments like Leela Palace and Forum Mall now have parking slots for cyclists shows that there is an awareness and change in perception about cyclists. Several corporate offices have changing facilities further encouraging these cyclists. With a little planning and a point to start, individuals can slowly begin moving away towards a more eco-friendly ride. Whether it is one way to work or twice a week, whatever the option may be – public transport, car pooling or cycling, any start point is a good start. Simply put, the amount you saved in fuel costs, be it a few litres of fuel a day or over a week, is also the load of pollutants you saved your air from.