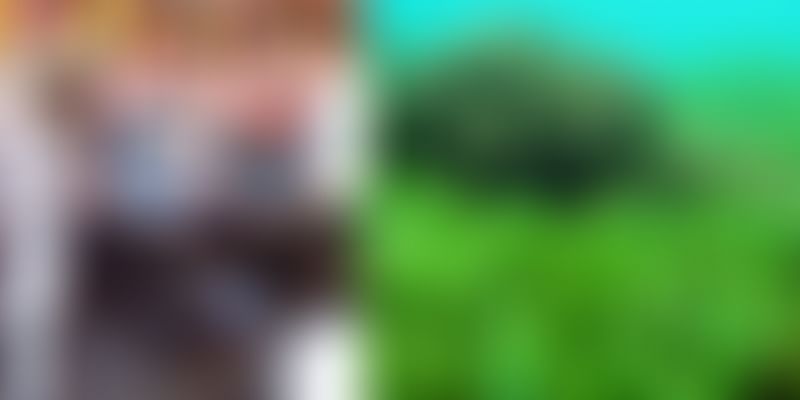 For five years now, Mahesh RV, an engineering graduate from Bengaluru has been providing nourishment to underprivileged and malnourished children. As a student at PESIT, Bengaluru, Mahesh was disturbed by the condition of undernourished children. This concern led to the idea of growing spirulina, a dietary supplement for these children and help them with the necessary nutrition supply.

Today, the 26-year-old Tumakuru resident is into full-time cultivation of the super food. He undertook the venture at the age of 21 after realizing that India, on one hand is the world’s leading exporter of spirulina, while battling malnutrition on the other.

“I have always felt that the educated should take up the responsibility of solving the country’s pressing problems. After understanding the ill-effects of malnutrition and its long-term implications on one’s IQ and mental ability, I decided to dedicate my life to fight the menace,” Mahesh told The Times Of India. “I knew that spirulina has proven scientific benefits and a miraculous ability to fight malnutrition. One gram of spirulina granules is equivalent to 1kg of fruits and vegetables,” he added.

After graduating from college, Mahesh began to grow spirulina at his farm in Tumakuru and started supplying it to over one hundred children at an orphanage. He is working alongside the department of women and child development to improve the nutritional status of malnourished children, and expectant and lactating mothers. “Under the Bala Poshna scheme announced in the 2016-17 state budget, spirulina will be provided as nutritional supplement to 25,000 kids suffering from acute malnutrition,” said Mahesh.

Apart from doing his bit, the social entrepreneur has got organizations like JSW Foundation, Biocon Foundation and Scania India on board, which are reaching out to malnourished children as part of the Corporate Social Responsibility (CSR) programmes.

“I started the Spirulina Foundation in 2010. It supplies the nutritional supplement to orphanages and slum kids in DH Halli,” Mahesh said. The foundation had helped the victims of the Uttarakhand and Nepal floods in 2013 and 2015 respectively. The organisation also focuses on creating awareness on spirulina at both, community and individual level by engaging villagers and locals in project implementation. In 2014, Mahesh was selected among the country’s top 100 impact innovators by the Action for India forum.