How Bengaluru dedicated a weekend to food, Masterchef Australia style 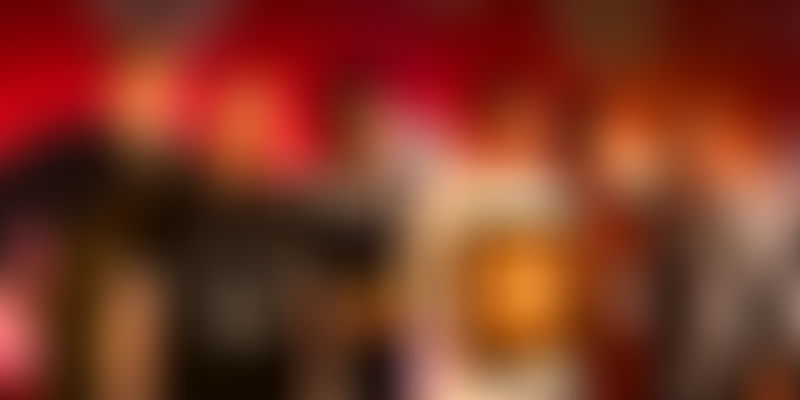 Recently, Bengaluru, the country’s technology capital, paved way for Foodtech startups to take on the centre stage. Being a $50 billion market space, it is growing at 16-20 percent each year.

With all the buzzing activity happening in the social scene, Bengaluru dedicated a weekend solely to food with the three judges from Masterchef Australia ‑ George Calombaris, Gary Mehigan and Matt Preston ‑ adding to the charm.

A huge crowd came together at India’s first International Food Festival ‑ World On A Plate ‑ at U.B City and J.W Marriott. The two-day carnival was organised by the Gold Rush Entertainment. Chefs from different countries and restaurants came together and showcased a vast-spread of global cuisine at the stalls. There were bites from the pop-up restaurants set up by the chefs themselves, followed by a sumptuous brunch and a specially organised masterclass by each of them.

Here’s a quick photo journey through the event

Various five star restaurants also set up stalls and showcased their signature dishes along with a few innovations. The crowd had various options to choose from ‑ The Marriott Bengaluru Whitefield, The Lalit Ashok, Punjab Grill, Sodabottleopenerwala, with Bramin Coffee house, Esplanade and Lavonne rubbing shoulders with these five stars.

The beautiful display of veggies and fruits added an air of freshness around. There were food counters with chefs personally discussing ingredients and the dish in detail with the food-lovers.

A few of the delicacies included Paan Biryani by The Lalit Ashok, Bengaluru; White Chocolate Mousse by Chef Gary; and Coorgi Style Chicken with Spiced Pumkin served by Chef Matt.

The focus then shifted to a food tasting competition, where the chefs tasted a few dishes made by Bengauluru’s famous chefs. The winner was awarded by the three chefs. The three musketeers, as they call themselves, enthralled the audience and had everyone eating out of their hands. They also were very encouraging towards the chefs, discussing their dishes at large. Each ingredient was talked about and prompt feedback was given.

The winner, Chef Sanjeev Ranjan from Marriott Bengaluru, Whitefield, took away the title of the best dish, with the chefs in all praise for his culinary skills.

The three of the chefs – Matt, Gary, and George ‑ conducted Master Classes one after the other, featuring their signature dish. Matt went first and got the crowd drooling with his signature dish ‑ Steamed Fish with Indian pesto and pickled veggies. Not only did his class have people learning about food, but also helped the listeners learn about life.

The food lovers, home cooks, and everyone present in the audience asked questions and interacted with the chefs. For many who are avid followers of MasterChef Australia, the Masterclass felt like an experience straight out of the television set. In all, it was quite an eventful weekend.