Will messenger bot replace the app, or is it just another hype cycle? 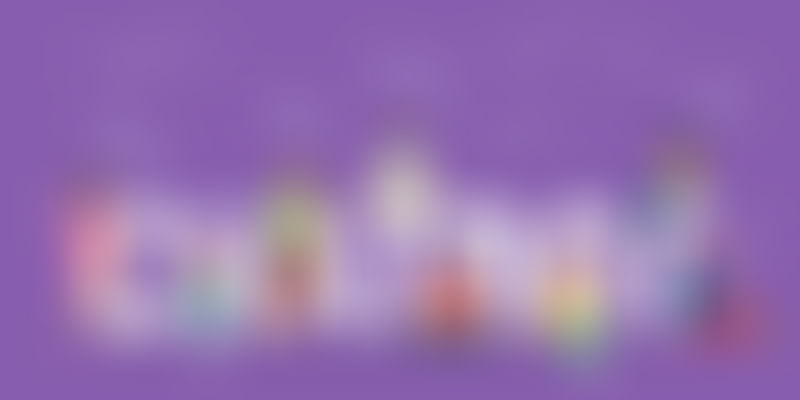 Indian startups, like their US counterparts, have jumped on the chat bot bandwagon. Several startups are building businesses around chat bots or, in the classical sense, they are leveraging a messenger to act as a guide to the visitor in the app. The chat bot is nothing but the machine talking to the consumer to guide you through the catalogue or the service in the app. At the centre of this universe is Facebook, which has one billion downloads of its messenger services on Android devices. Facebook has already been pushing messenger-as-a-service that can be used as an enterprise grade solution to interact and serve end-user experience.

Facebook and team have the scale to help enterprises use the messenger APIs to pull or deliver services in the B2B and B2C world. There are 50 million enterprises using Facebook messenger and no wonder Facebook wants to monetise this new segment.Dutch airline KLM has integrated the messenger with the ticket sales process and the customer service team. With these case studies, it wants to compete with SalesForce.com and other companies like Helpshift, Freshdesk and Zendesk, which have similar services.

The only drawback for Facebook is these companies are already integrated with the customer relationship management tools of companies. For Facebook, the bot world is a revolution that can replace apps. It has called developers to build on the Facebook platform to create end-to-end experiences for enterprises on a messenger. Hopefully, this will not collapse like the gaming platform that Facebook built five years ago. That said, Indian startups are using these messenger bots to build chat plug-ins to enable their business.

The corporate customer may not want to use a chat bot for their sales teams across the world, since they have integrated messenger platforms on their business apps. For the consumer, the enterprise may say the app is much more insightful than a messenger because they already have technology to pick insights about the consumer. The smartphone is here to stay and consumption of apps will be decided by users. In that context, the jury is out on the messenger being an enabler of a service.

In India, Gartner Inc. predicts sales of more than 400 million smartphones by 2019. The enterprise may look at the messenger as an additional service and not the solution itself. Globally, consumer apps will deliver $75 billion by 2017 and will be a $100-billion market by 2020. This is why Facebook is chasing the likes of e-commerce, e-tail and consumer businesses like Walmart. The question to ask is, would the messenger upstage an in-app experience?

Companies like Helpshift and Freshdesk use chat as part of a total solution inside the app and not as the solution itself. For example, they help companies understand consumer behaviour and their campaign benefits on targeted customers. Customers can also raise multiple queries and get instant feedback. For these companies, a chat messenger service is used in this entire context of enabling a business.

However, Facebook’s attempt has given rise to a whole host of services in India on the app, using a messenger (Facebook’s or otherwise). GoQii and Healthifyme have services to connect nutritionists through a chat service. Similarly, a couple of education startups (which are yet to launch their product) are piloting a service where the student asks questions through chat and there is a marketplace of teachers who take on the question and answer it for the student.

Does a 'messenger' make sense?

The first thing we have to figure out is why the consumer would use a messenger service. Is it really personal? Startup entrepreneurs say chat bots are really intelligent and can answer any query. But here is why that argument is defeated. Say, a consumer goes to an apparel e-commerce player and is looking for jeans. Usually, the likes of Myntra invest so much in their search technologies that the consumer finds it easier to find his or her choice at the search phase that the catalogue throws up. The business bet for Facebook now is to look at a friendly machine that begins chatting with the consumer about the purchase? The chat bot can make additional suggestions – like leather shoes – that go well with the jeans. For some industry experts, it is just a waste of time because usually the consumer searches for jeans and upon its purchase there are additional suggestions made in the app itself. The chat bot, they feel, is an additional burden.

“The problem is that users know what they want in an app and for a chat-bot to make recommendations it is intrusive. Apps have recommendation engines built in and integrate with sensors,” says Abinash Tripathy, CEO and founder of Helpshift. “I am afraid that chat bots are a hype cycle just like the virtual reality glass or it is just another big term that analysts throw around every now and then,” says Tripathy.

Where is the technology heading?

Apps are constantly communicating with sensors, while the messenger is not integrated with such services. The messenger - if serving a company that has based its business on a device to a smartphone - needs data to be integrated in such a way that it knows why the data is being sent to the app.

The messenger in essence is not the solution itself for the corporate or the customer; it is just another way of approaching customer service. With the power of apps and search technologies the messenger can be a distant third. But one has to take into consideration the one billion business messages sent using the Facebook messenger platform. The argument that bots will replace apps is just far fetched today. But this move for more autonomy towards a bot world started only after the success of Apple’s Siri and Amazon’s Alexa.

The bet on the messenger is clearly on natural language processing – technology which understands all queries of customers and throws up suggestions – and the fact that it can offer an app-like experience inside the messenger.

The argument from Facebook's side is having fewer apps to connect multiple businesses, whose apps customers will not download onto their phones.

“We see a lot of startups building on this platform. It is an experiment worth watching out for,” says K Ganesh, Founder, GrowthStory.

Chat bots have to beat apps in the number of steps taken to close the transaction. Imagine going on Flipkart and chatting with a bot to find out the shoes that fits best. It is a long process. Instead, choosing from the catalogue is faster and better. This is the challenge that chat bots will face and they can become a victim of the hype cycle. That said, the intelligence of machines is growing, and chances are there may be a hybrid world of apps, bots and devices. Now, this is a real possibility.