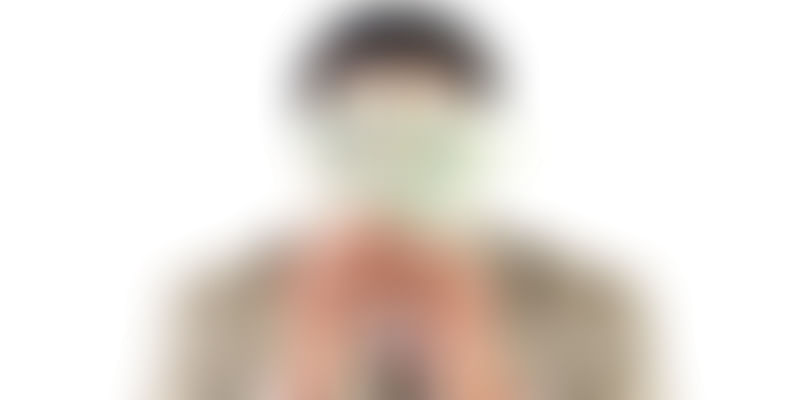 After a recent pitch by a couple of entrepreneurs, all three of us decided to let our guard down and talk about the recent state of the startup and VC investing market.

The entrepreneurs, having been investment professionals themselves, commented on just how predictable it was that after over investing in 2014 and 2015, investors would become hyper-cautious in 2016, and just how the same cycle keeps repeating itself over and over again. We then had a good laugh about how most VCs, in spite of their best claims of knowing the market, inevitably become victims of it.

But is there any truth to the hypothesis that investors keep repeating the same cycle of excitement and caution?

Let us look at the returns of the MSCI World, a stock market index aggregated over 23 developed economies.

Take a look at the annualised 10-year returns (Represented by the blue line) of the index. It is surprisingly smooth for over nearly four decades, hovering around 10 percent, and only turns negative at the peak of the financial recession in 2008 and 2009.

The trend followed by the blue line is also a reasonable proxy for the actual performance that VC investors can expect. After all, contrary to popular perception, VCs are long-term investors with funds that have a tenure of 10 years, if not more.

Compare this with the one-year returns of the index (Represented by the black line) and the contrast could not have been more extreme. The returns oscillate wildly between +50 percent and -70 percent.

It might be fair to suggest that these one-year returns bear some resemblance to the VC investor’s perception of the market at the time, especially since short-term investing horizons often call for speculation and guesswork.

Two key features stand out when I keep looking at the data again and again:

Is it possible that VC emotions tend to follow a highly predictable cycle?

It turns out that research done at Barclays suggests that such a cycle does indeed exist.

The cycle appears to elegantly map the various emotions that drive a VC investor’s sentiment through the highs of the FOMO (Fear of Missing out) phase and the lows of the FOLD phase.

Did I say FOLD? Yes, it is perhaps the most elegant acronym that serves as the opposite of FOMO.

Many experts and critics have been pointing out the harm caused by VCs over-investing during the FOMO cycle of 2014 and 2015.

An opinion that is increasingly gaining widespread acceptance is that we are now in the midst of a “slow” market and that there is a distinct downturn in VC funding. Extreme caution and discretion in making investments is, apparently, the most sage advice one can use in such “difficult” markets.

It is such sentiments that, almost too predictably, also signal that we are now in a FOLD phase.

A line on the psychological potency of fear, which I find rather interesting is:

What you fear, you create.

Might investors themselves be responsible for creating the market effects they fear the most?

The answer might well be a profound yes, and this is how the vicious flywheel is set in motion:

While FOMO behaviour is more visible (Thanks to the media coverage of funding announcements) and more widely critiqued (After the media announces a few shutdowns), the VC’s FOLD behaviour goes largely unnoticed and undocumented.

How dramatically does being in the FOLD phase change how a VC evaluates and responds to investment opportunities? I decided to look at two mega-hits that emerged out of the FOLD phase of 2008–2009: Uber and Airbnb.

Take the case of John Greathouse of Rincon Venture Partners, who had not one, but two opportunities to invest in Uber’s seed round. While they had a sound set of reasons to pass on Uber (There always are enough reasons to say no to a startup), his ultimate takeaway was extremely revealing:

The ultimate lesson I learned from scoffing at Uber is that I should have honored my friend’s thoughtful (and repeated) suggestions and his nose for great businesses. A successful, serial entrepreneur in his own right, he mentioned Uber to me and my partner several times when it was at a stage that fit within our investment focus. He was clearly excited about the opportunity and was trying to help his buddy, Travis, by pulling in who he considered to be helpful investors. Yet we never took the time to learn more about Ubercab.com. Dang it.

It is a well-known trade secret that the most valuable source of referrals for every VC is their own close network. Even within this exclusive network, entrepreneurs and fellow-investors occupy the highest echelons of credibility.

As a seasoned investor, Greathouse undoubtedly understood the merits of a strong referral by a serial entrepreneur. Why did it then become so difficult to even agree to a meeting with the Uber founders?

As Barclays found, this is in fact a classic symptom of the FOLD phase,

Once you exit the market for emotional reasons, you can’t quickly and easily get back to optimism, but have to gradually claw your way back through despondency, depression, apathy, indifference… and reluctance. This can take many years, and in the process you miss out on the recovery from the bottom, which can often be both fast and powerful.

Even when a VC has completed the long gauntlet back to recovery, it is not easy to actually consummate a deal, as Paige Craig found out when he was evaluating Airbnb.

To his credit, Paige did many things right. He backed his own thesis for a new-age alternative for the hospitality industry and reached out to Airbnb. He also offered them a term sheet when many investors around him kept rejecting the deal.

What went wrong then?

Perhaps as a result of being in cautious mode, Paige’s “diligence” included negotiating between a valuation of $2 million and $2.5 million for a whole three weeks. Eventually, Airbnb declined Craig’s offer and chose to accept the investment from YCombinator. Being overcautious proved to be a costly mistake in this case.

The negative effects of the FOLD phase can persist even when a VC has taken the “bold” leap of making a risky investment.

For the most part, VC investors are well aware of these biases when they evaluate companies and make decisions. Many funds are pressured to ensure they don’t repeat past mistakes caused by emotional biases (which, if you think about it, is ironic in itself).

This is not to say that every evaluation should be devoid of emotion or that we will ever get to the point where every decision, whether a yes or a no, will prove correct. VC investing is, even in the best of times, a risky business and needs a strong human element, especially when evaluating the quality of the founders.

However, if fear or a certain market perception takes over the decision-making process, we run the risk of losing out on the current cohort of superstar companies that are, as always, waiting to be uncovered in this FOLD phase.

When the smoke clears at the end of this FOLD phase, will we pride ourselves on having boldly made the contrarian bets, or chase yet another FOMO phase?