What do PM Modi, Oprah Winfrey, and Steve Jobs have in common? 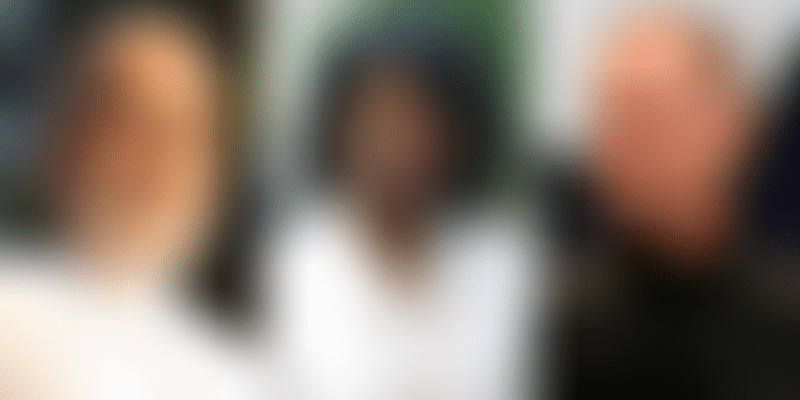 This article is part of a series on creating awareness about Yoga and the International Day of Yoga which is being celebrated on June 21, 2016.

They are all crazy about yoga, of course!

In 2014, Prime Minister Narendra Modi gave a passionate speech at the United Nations General Assembly (UNGC) proposing to dedicate a day to yoga.

Modi said yoga is a holistic way of life that stresses "harmony between man and nature." He added, "Yoga has the power to bring the entire humankind together! It beautifully combines gyan (knowledge), karm (work), and bhakti (devotion)."

The UNGA resolution said a goal of the Yoga Day (June 21) is the "wider dissemination of information about the benefits of practicing yoga, which would be beneficial for the health of the world population."

Here are some people from around the world who practice yoga to keep their mind and body fit.

Narendra Modi: It is no surprise that the Indian Prime Minister practices yoga. He is reported to have said that though he sleeps three to four hours in the night, he still feels energetic throughout the day. “I guess the secret behind it is yoga and pranayama, which I do daily. Whenever I feel tired, I just practice deep breathing and that refreshes me again,” he has reportedly said.

Barack & Michelle Obama: The outgoing US President, Barack Obama, and First Lady Michelle Obama are big fans of yoga too. Obama was impressed by the "energy and vigour" of Prime Minister Narendra Modi during his recent visit to the US despite being on a fast. Michelle Obama, on the other hand, has introduced yoga in the White House.

Saina Nehwal: India’s reigning badminton champion Saina Nehwal recently disclosed that she does yoganidra to tackle pressures of her sporting career. It seems she spends 40-45 minutes daily practising yoganidra. According to a yoga expert, “It is a great way to relieve pressure.”

Sachin Tendulkar: For someone of the stature of cricketing legend Sachin Tendulkar, handling pressure perhaps is second nature. Sachin uses yoga asanas to hit stress for a six. Reportedly, he learnt yoga from renowned yoga guru Late BKS Iyengar when he had a back issue. BKS Iyengar also helped other cricketers like Anil Kumble, Rahul Dravid, Zaheer Khan, and Yuvraj Singh recover from injuries over the years. Apparently, the entire cricket team spends some time doing yoga.

Ratan Tata: Everyone’s familiar with India’s most celebrated septuagenarian business leader Ratan Tata’s boundless energy. Even at 78, he says, he cannot stop learning. According to him, the money that he invests in startups is just so that he can learn about new ways of doing business. This youthful spirit is thanks to his yoga practice. He has trained with Artistic Yoga guru Bharath Thakur, whose other famous clients include Sunil Mittal, Shane Warne, Vladimir Putin, Michael Douglas, and others.

Steve Jobs: This tech visionary’s driving force to “make a dent in the universe” would probably not have been possible had it not been for yoga. He turned to Paramahansa Yogananda in his quest to move this force. A fact widely reported is that mourners at Jobs’s funeral were gifted with a box containing the book, Autobiography of a Yogi, by Yogananda on self-actualisation.

Marc Benioff: Reportedly, Salesforce.com's Marc Benioff started to meditate because his job at Oracle was “so stressful.” He's a longtime meditation practitioner, according to a 2005 San Francisco Chronicle article. Benioff was also an admirer of Steve Jobs, and according to an article in Inc. he said, "I look at Steve as a very spiritual person. [Steve] had this incredible realisation that his intuition was his greatest gift and he needed to look at the world from the inside out."

Kangana Ranaut: Bollywood firebrand actor Kangana Ranaut recently confessed that a healthy diet and power yoga were the secrets of her beauty. This brilliant actor with movies like Queen and Tanu Weds Manu, receives both acclaim and criticism for her bold movies and views respectively.

Arianna Huffington: The Co-founder and Editor-in-Chief of The Huffington Post, Arianna Huffington, has said that she picked up yoga from her mother. “My mother’s devotion to yoga was just one example of her belief that we need to recharge and connect with ourselves in a deeper way,” she told Yoga Journal. In her recent book, The Sleep Revolution, she talks about the benefits of yoga on sleep.

Madonna: The evergreen pop singer, Madonna, has been practicing Ashtang Yoga, which is the secret to her youthful spirit, since 1996. Here’s her famous quote on yoga: “Yoga is a metaphor for life. You have to take it really slowly. You can’t rush. You can’t skip to the next position. You find yourself in very humiliating situations, but you can’t judge yourself. You just have to breathe, and let go. It is a workout for your mind, your body, and your soul.”

Want to pledge to make Yoga an integral part of your daily life? Head over to International Day of Yoga portal.