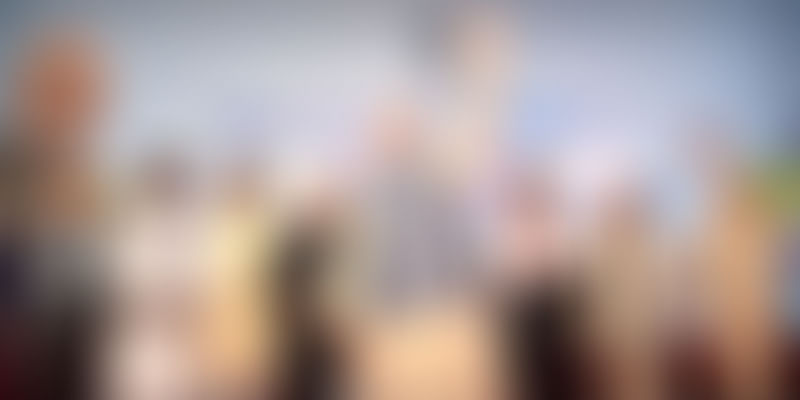 In his fourth visit to US, Prime Minister Narendra Modi emphasised that while the global economy continues to be weak and several parts of the world still face difficult conditions, the world needs new engines of growth. A larger Indian economy has multiple benefits for the world and India presents a large and growing market.

Speaking at the annual general meeting of the US-India business council, Modi pitched India as:

Modi believes that the key elements of his government’s policies can be classified into four types.

Since Modi assumed office, inflation, fiscal deficit and the balance of payments current account deficit have fallen, and GDP growth, foreign exchange reserves, stock market valuations, and investor confidence have increased. The government has legislated a monetary framework targeting inflation,and an independent monetary policy committee to curb it. Even while cutting the fiscal deficit, the government has managed to increase the productive public investment.

This has been made possible in two ways:

Policies to stimulate growth and employment

Indian government has liberalised foreign direct investment (FDI) to a larger extent. Most sectors have been put on automatic approval, and sectors like defence and railways have been opened up to foreign investment. The long-pending insurance law reform was successfully passed.

The government has taken major steps to increase the ‘ease of doing business’ and the results are already visible with the steep change in the global rankings. It is also encouraging foreign and domestic investors to set up high quality and efficient manufacturing facilities. Investment in roads, railways, ports and waterways have been increased to improve logistics.

The country is admiring the startup ecosystem and beginning to replicate it. The Start-Up India programme stimulated a new breed of innovators. In 2016, Bengaluru became the fifth most preferred location for innovation centres. It was not even in the top 10 in 2015.

For our economy to succeed, we need a strong banking system. After holding the first ever retreat of a Prime Minister with bankers, the government set up clear performance measures and accountability mechanisms. There is commitment to adequate capital, and the interference in banking decisions is over. A new process for appointments has been put in place under a Bank Boards Bureau. Credible and capable bankers have been appointed to head banks. For the first time since banks were nationalised 47 years ago private sector professionals have been appointed in key positions.

Financial exclusion – The current government brought 20 crore people into the banking system through the Jan Dhan Yojana. Accounts opened under the Jan Dhan Yojana today have a total balance of almost $6 billion. Every Jan Dhan account holder is eligible for a debit card. India’s banks and post offices are also being encouraged to operate ‘mobile ATMs’. A mobile ATM is one where cash can be drawn and simple banking tasks done through a handheld device.

Subsidy – Three non-subsidised, but low cost, schemes covering accident insurance, life insurance and pensions have been introduced. Because of their massive coverage the premiums are low. There are now over 12crore subscribers.

Women-focussed policies – New savings programme aims at helping pay for girls’ education with a special high rate of interest. To relieve rural women from the health hazards of cooking with firewood, the government is giving 5 crore new gas connections in poor rural areas. Under the new self-employment financing programme (Mudra), over 70percent of the beneficiaries are women. More than 2.7 crorenew women-headed businesses have been assisted. Recently, there has been a change in India’s policies to allow women in combat roles in the armed forces. New rules are increasing the representation of women on the board of corporates.

For farmers – Agriculture remains India’s mainstay in terms of providing livelihood. There was a tendency to deprive farmers of subsidised fertilizer by diverting it for the production of chemicals. A simple but effective solution is the neem-coating of fertilizer, which makes it unsuitable for diversion. Soil Health Card has been announced nationally, which tells every farmer the condition of his or her soil. It enables the farmer to choose the best crop and right quantity and mix of inputs. This greatly reduces wastage of inputs and increases crop yield, besides protecting the soil. By reducing unnecessary chemical inputs, it is also good for health of consumers. About 14crore million soil health cards will be issued, requiring a collection of over 2.5 crore soil samples, and tested through a nationwide network of nearly 1,500 laboratories.

Change in levels of corruption

For many years, economists and other experts have held corruption as one of the main constraints on the growth of any developing economy. The government removed discretion in allocation of key resources and moved to transparent auctions of mines, spectrum and FM radio licences, and plugged leakage through direct benefit transfer. It has revamped the personnel management to ensure that senior positions are held by persons of integrity, and launched an ongoing campaign against tax evasion and black money. The poor are the greatest beneficiaries of the reduction in corruption.

What do you think of Narendra Modi government and its policies? Please let us know in the comments below.