How India is inching closer to becoming digitally literate 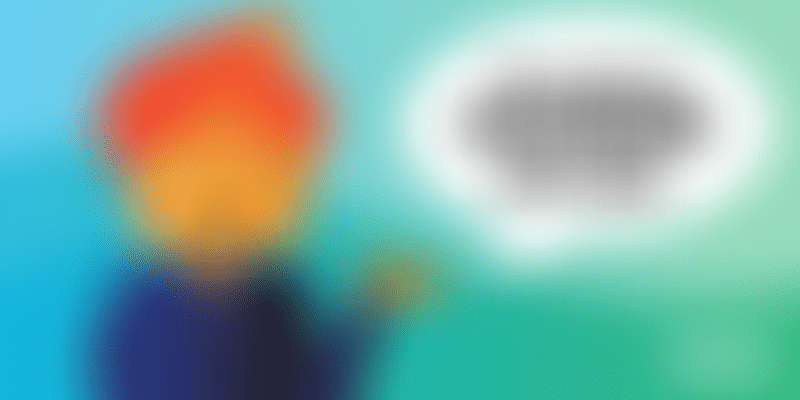 It is predicted that 250 million Indians will start using smartphones in the next five years. The mobile phone penetration in India has been growing at a breakneck pace. And, it is projected that 200 million Indians will access the internet. However, this mass of new Internet users will be inexperienced newcomers to the powerful and dynamic platform that has already been in existence for decades. To expect these 200 million to easily adapt, and begin using even a percentage of the potential of the internet without any training is unrealistic. The government has initiated a programme, the National Digital Literacy Mission (NDLM), to help combat the digital skill gaps in India. The NDLM is set to make those without access to internet and technology, and who are learning the ropes of this new realm, digitally literate.

What is digital literacy?

As the word literacy implies, it involves some kind of basic knowledge or the ability to use the digital medium. However, digital literacy encompasses more than just knowledge of how to use the internet.

Digital, or IT, literacy refers to the ability to utilise technology of various kinds – be it the internet, a smartphone, a computer or a tablet.

However, implementation has also brought to focus the question of whether digital literacy should be the aim. Is it not enough to be able to the use the Internet, which opens doorways to literally everything?

Digital literacy is completely different from digital access. It does not involve people without access to the Internet or without computers being brought into the network. NDLM is way very different from Google’s Fi project or Facebook’s Internet.org – but complements them because it wants to spread awareness about the Internet and create a demand for it, and teach people to use devices and the digital medium so they can exploit their potential once they have access.

The NDLM, also known as the Digital Saksharta Abhiyan (DISHA), was started in August 2014 ago a few months after Prime Minister Narendra Modi was elected to power. Its target was to provide training to 52.5 lakh people in four years, by 2018, and make them digitally literate. The course would last 20 to 30 days, and involve 10 hours of tutorial a day – the idea being that after a month, a person who had no previous exposure to IT services has the full capability to exploit the potential of a smartphone, a computer or any other common piece of technology. The actual content of this “IT literacy” is things users take for granted, like how to send mails, or a tour of social media sites, or the applications of search. But they will also learn some important things that users who adopted the Internet organically may not be aware of: like how the Internet works and what the Worldwide Web is. However, after the first month of handholding, the idea is that they’d leverage the net and keep learning themselves.

While the goal of the programme is IT literacy beyond Internet skills – including how to use MS Office and other staples of the digital era – that has taken back seat during implementation because of this very reason.

Once you can use the Internet, you have the potential to become self-sufficient.

How NDLM will be implemented

Browsing through the comments on mygov.in, it’s apparent that many people are not aware of the campaign and what exactly NDLM does, and how it’s different from the other ‘Digital India’ initiatives by the government. A significant problem of the site crashing and similar technical problems has been reported widely by users across the Internet – mainly in the initial phase of the website. Despite this problem, the programme has been successful – 60 lakh people have been trained under NDLM in just two years. It has exceeded its target in half the time: an impressive achievement!

A major impetus that has allowed this has been eager participation by a multitude of private sector partners in NDLM. For implementation, the government’s plan was always to take advantage of volunteers and private organisations that had capabilities to facilitate this learning. Especially since the main mass of new internet users are in tier II and III cities, a large organisational capacity is required. The main partner of the government, in fact they call themselves the “secretariat” of the programme, is NASSCOM Foundation ‑ the social arm of the trade association Information Technology and BPO industry. NASSCOM is designing the content and curriculum for the courses, channeling funds into the initiatives, and taking an active role in setting up training centres.

Multinational corporations including Google, Microsoft and Intel have provided funding for the centres.

Another cause of its success could be the amazing rate of uptake. The numbers show that people have really come forward and adopted the programme – a lot of people want digital literacy classes! It shows that the programme has the right idea, and that there is a demand for training in how to use technology. It is not credible to believe that the program’s success is only due to its implementation – if 60 lakh people really wanted the training, government outreach had little to do with it.

A challenge NDLM will have is that, contrasting with the other ways the Modi government has sought to take government online, its efforts are to bring people who are offline onto the network. Therefore, its main focus area will be to reach out to people who do not use the internet or mobile phones.

It will be difficult to achieve the large targets it has set for itself without the online medium. And at the moment, while a wealth of information is available online, its visibility offline is low.

However, the government has come up with innovative strategies to enable people to participate in the programme. One is the setting up of training centres in a number of cities, mainly tier 2 and 3, to teach digital literacy courses; NASSCOM is working with SAP India to set up 25 new centres across the country to add to the 75 that already exist. These are the main vehicles of implementation of NDLM.

Another aspect of the programme is encouraging village level entrepreneurs (VLEs) to take up the mantle in villages – because only they have the reach there, which other implementation partners do not.

The success of this part of the venture is still dubious – it remains more a good idea than one that has seen any success on the ground.

In every state, either a government agency or non-governmental agency has taken the responsibility of implementation. The number of centres that have been set up is actually a small; largely the training is being conducted in the government’s common service centres (CSCs) or in educational institutions. SAP India is an example of the kind of experience in the field that is being enlisted for the process of training – people who have been working as IT trainers are being hired by the initiative.

NDLM ties up very well with the other ‘Digital India’ initiatives the Modi government has taken. Especially the government’s “strategic shift” to e-Governance and m-Governance, a main focus of Modi’s idea of Digital India, is enabled by NDLM. For citizens already digitally savvy, a single all-purpose portal mygov.in will allow many government services to be availed online. However, for the mass of citizens who are not on the Internet, they will be left unimpacted by Digital India: unless they are made both digitally literate and accessible. Leaving the second to ISPs and profitable enterprise, the government has taken on the first task for itself.

“Making one person in every family digitally literate by 2020,” the NDLM site proudly proclaims.

Beyond mail, social media, etc., one of the modules is on how to take advantage of the government’s online services. This could have great direct impact in the lives of people and empower them. Another blurb from the site says,

Digital India is our dream for the nation. When I say ‘digital India’ it is not meant for the rich but those who are too poor.

A similarity could be drawn between this and ITC’s e-Choupal initiative, which aimed to bring farmers into the online economy by enabling internet procurement of agricultural products, and also providing real-time market info. It created a direct use case for the internet for farmers, and also helped solved problems they have related to availability of raw materials, etc. Similarly, NDLM will help India, especially rural and poor India, find a use for the Internet, even if it’s only government services.

To expect to get the 75 percent of India – or even a quarter of it – still offline acquainted with the internet by 2020 is near impossible. However, the success rate the mission has seen so far is promising. The challenge for the government will be once this initial phase of eager adoption is over, and they will need to go out into villages and neighbourhoods and convince people to enlist. NGOs and volunteer organisations with experience in bringing alien services to rural or poor societies could help in this; and the question of what parts of digital literacy to focus on will arise constantly. But the initiative is already paving the way for a more digitally responsible and active India!