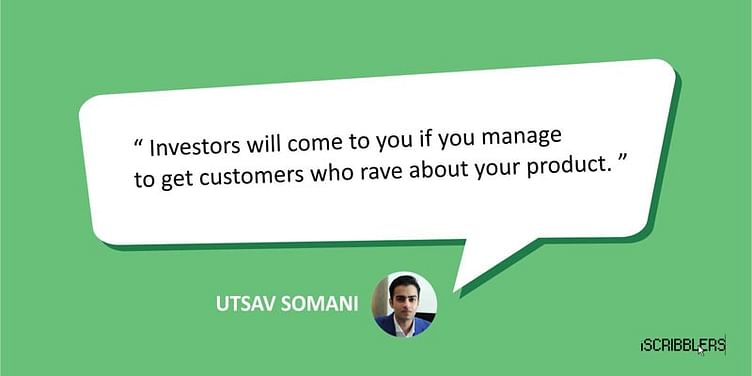 Growing up in Lucknow, the city of nawabs, Nidhi Bala was surrounded by art, culture, music, food and heritage, along with the ‘Ganga-Jamuni tehzeeb’. “I happily grew up in an environment where I was always proud of carrying these elements that contributed naturally to my upbringing, and shaping me into what I am today,” says Nidhi, who is the Founder of Tanzeb, a venture that is into preserving and retaining the quality of the Lucknow chikankari craft, along with bringing about positive changes in the social and economic conditions of the artisans.

Tanzeb keeps alive a tradition that has been an integral part of Nidhi’s life since childhood. “Tanzeb means colourless or pure white muslin cloth with pure white cotton thread work. The most purest form of chikankari, as it originated,” says Nidhi.

Born and brought up in Lucknow, Nidhi graduated in 1997 and went on to pursue a post graduation in Economics in 2000 and a Masters in Business Administration in 2003. After a short stint with Sahara India in 2003 she went to US for two years. Upon her return she worked with social venture Collaborative Community in Bengaluru in 2012 for a year, after which it was South Korea for two years. In 2014, after she got back to India, she began working with a Lucknow-based NGO called NEED.

Growing up in Lucknow and wearing chikankari all her life, seeing the technique being imitated and sold through unfair prices on her trips in India and abroad shocked Nidhi. “It was a dent on the craft and also for the artisans who were practicing it for generations,” she laments.

Though Nidhi had no experience in the industry, she then wanted to do something to save the fading and dying faces behind the craft.

She spent a year-and-a-half engaged in research in rural places such as Goharamau, Kakori, Sitapur and many other surrounding villages on the outskirts of Lucknow. She met hundreds of women artisans here who had been practising the craft without any recognition, before founding Tanzeb. Starting the venture with only Rs 40,000, Nidhi’s focus for the first year was to create a team and maintain the quality. “Today, I have managed to create a team of 20 people while residing in another city,” Nidhi says, of her journey.

A perfect working harmony was achieved with the help of a manager to bridge the geographical gap. “I consider myself a learner, I respect the wisdom these team members pass on to me, whatever we do in our unit, it’s all in synchronicity. While I work on developing designs, the other team members have an equal say and opinion to share,” she shares.

Nidhi chooses design, fabrics, blocks, colour combinations and the styling of each product. Then the work is passed on to the different artisans for their respective tasks. Tanzeb’s products include dupattas, stoles, and sarees.

“Our initial phase went well with the satisfied customers who spread the word for us and then there was no stopping us. In the initial year, from writing handwritten notes to our customers to making parcels, everything I did myself, in order to save the cost of operations and use my limited funds at the correct places. We now have some premium clients in India and abroad,” Nidhi says.

On the challenges she faces in this sector, Nidhi says, “We are a dot-com people. Our clothes, our choices change at the dot-com speed. Hand embroideries are about a lot of patience and time, and it’s difficult to catch up with that speed. We are tag loving and associate with international brand names, something that handwork fails to provide. However, this also leads to a shift in the mindset of the artisans, who look for more lucrative options other than hand embroidering.”

Chikankari industry is very disorganised, and a majority of the people involved lack basic education and necessities, and are poor in communication. “Lack of self-confidence, discipline and motivation, and cultural barriers among women karigars are some of the biggest challenges that I keep facing,” says Nidhi.

Seeing Nidhi’s efforts, the government has come forward to help her. At 38, Nidhi is the youngest Geographical Identification (GI)certification holder. GI is an initiative by the government to protect the unique crafts and artisans of a region and acts as a certification for the authenticity of the product made using traditional methods.

As Nidhi takes small steps with Tanzeb, she has one important message: “India is really rich in its fabrics and art, and we are fortunate to have it in abundance. While we embrace the new it becomes our duty to respect and preserve our rich past. No matter where you live and what you do, find out how you can contribute to your roots, however small it may be.”