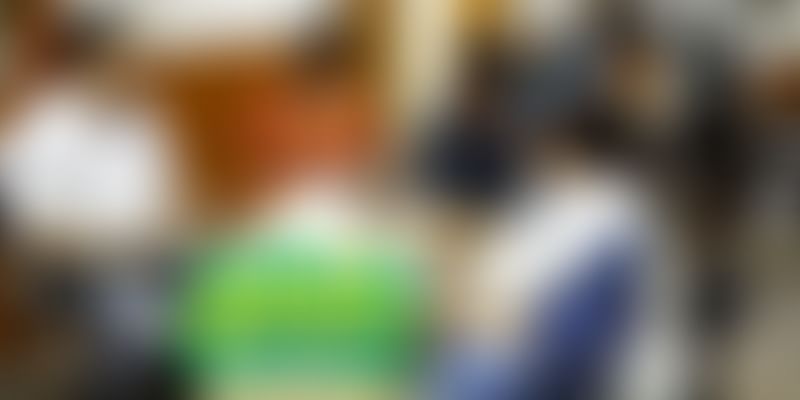 Welcome to Radio Active, Bengaluru’s first community radio station. This station aims to make a difference by bringing together people from different communities to talk about their problems, in their own language. It was during the launch of the Department of Communication at Jain University in 2005 that the idea took shape, following a government directive that allowed educational institutions to apply for community radio license.

“I had seen a friend of mine doing Kannada shows for a radio station in Sydney and that really inspired me,” said Pinky Chandran, the founder and director of Radio Active 90.4MHz. “Even though we live in a well-connected, socially advanced city like Bengaluru, there are many people amongst us whose voices go unheard because they don’t have a platform to speak. Our aim is to share ideas, raise issues, promote local talent and foster local traditions,” Pinky added.

It was this vision that led to this station becoming a platform for diverse groups like trans-genders, auto drivers, animal activists, domestic workers, garment factory workers and many more. When the team starts working with a new community, they first mentor the interested people for a long time. After that, each community is represented by their very own RJ who then becomes their voice and hosts shows.

Priyanka, the country’s first transgender RJ, who works at Radio Active told Deccan Herald, “I joined in 2010 and right now am hosting 3 shows. I talk about a variety of issues affecting my community like our rights, resistance from our families, acceptance among the public, health, job opportunities and more. My family was very happy after I got the job and now everybody knows me. I have people coming up to me on the road to talk to me, addressing me as RJ Priyanka. I have also taken part in serials, short films, movies and TV shows. All this has happened only after joining Radio Active.”

Talking about an incident which inspired her to bring diverse communities on board, Pinky said, “We were conducting a workshop for women to build awareness about community radio. I had a tape recorder with me and after the workshop, I asked a lady sitting next to me to talk. She looked at me and asked, ‘Talk?’ I said yes. She repeated that question and then, to my surprise, started crying. She was overwhelmed because no one had ever asked her to speak in all these years. There are many communities like that. It is one thing if we produce programmes for them but another thing if we make them feel that they are empowered enough to talk about their issues in their own language, in their own dialect.”

It was this idea that also inspired Radhamani to join Radio Active after attending one of their workshops. An HIV positive person, she is now an RJ and hosts shows on mental health and AIDS. “I wanted to bring the problems faced by us to the mainstream. My area of focus is Srirampuram and mostly deals with uneducated workers who are in the ‘agarbatti’ business.”

Many of the RJs are school dropouts and are given basic training on hosting shows, production and the technical aspects. Since literacy levels are not an impediment for a voice-based medium like radio, this is finding favour with many of the disadvantaged communities. Even NGOs host a few shows here. The station recently completed a 180-episode radio serial produced by domestic workers.