B-town stars who will give you some serious entrepreneurial goals 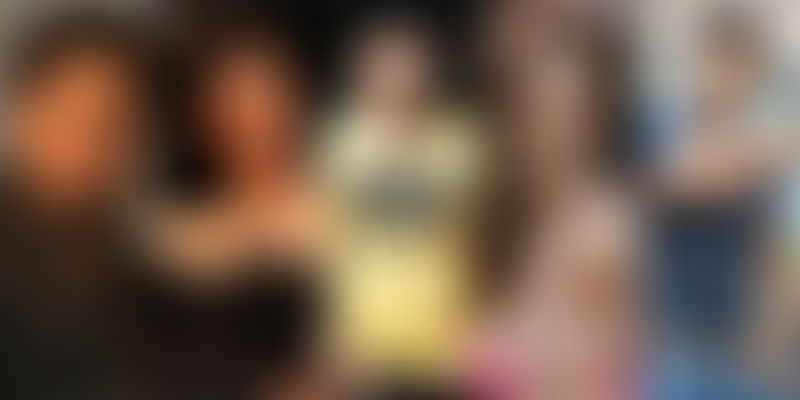 In a catapulting industry, where one can go from being ‘the next big thing’ to ‘side-lined’ in the matter of a week, the need for some form of stable business is abound by a plenty.

Stars of B-town are beginning to realize that their time in the limelight may be as fleeting as Yusuf Pathan’s stellar performance last IPL, and are thus choosing wisely to invest the big bucks in creating their own brand.

Choosing to either merge forces with fellow actors, or riding solo, a few of our favourite stars are looking towards entrepreneurship as the be-all, end-all. Some have been a wide hit and some have burned out in a mere second.

But to the ones that have survived the apocalypse, here’s raising a glass (or two) to you!

King Khan may just have a personal deal with Lady Luck. Almost every venture he’s set out on, he’s had returns that have bypassed even his superior standards. The literal ‘King’ of Bollywood runs a production company called ‘Red Chillies Pvt. Limited’, with his wife and interior designer Gauri Khan. This works with Film Production, VFX, Television shows, TVC and Multi-media Equipment Management. Khan, along with Juhi Chawla and her husband Jay Mehta, bought the Kolkata-based IPL franchise (Kolkata Knight Riders) for a whopping $75 million in 2008, which has garners good sums of money. He has also bought 26 per cent of shares of the Indian franchise of KidZania, which is an international chain of family entertainment centres. He understands business better than your everyday Tycoon and to put it mildly, he’s in it to win in.

Actor. Hotelier. Producer. Sunil Shetty is reigning in the big guns at a net worth of about $10 million dollars. Most of the gyms being gushed over by fellow celebrities are owned by him, and to top that, he runs his own production house called ‘Popcorn Entertainment’ as well. His assent into the world of entrepreneurship took place when he launched a series of boutiques across Mumbai called ‘Mischief’, which met a high reach when he tied up this business with a Canadian Company. Shetty is also much acclaimed as a successful fashion and liquor boutique owner, and runs a host of luxury houses and hotels in Lonavala. Take a bow, Sunil!

Former Miss Universe, the beautiful Sushmita Sen really does show the world how it’s done. A single mother to two daughters, she runs a successful production company called ‘Tantra Entertainment’. She owns a jewellery retail store in Dubai, which is currently being run by her mother and is also set to open a chain of spas and restaurants under her company ‘Sensazione’. The famous ‘I Am She’ campaign that is a part of the Miss Universe franchise, was also headed by her, reigns of which, are given over to Femina. In an earlier interview with YourStory, she said, “Since childhood I have been a very curious child; one who wanted to ‘do’ things to find out more about them. Business as an avenue had me fascinated since long, for its sheer dynamism and productivity.”

While you’re overlooking our terrible puns, we’d like to celebrate another Shetty of B-town on our list. Shilpa Shetty may have been at the edge of her movie career, but she made a successful dive down Plan B. Winning Big Brother in the year 2007, Shetty took back her place in the stage with unrivalled flair and confidence. Following her claim back to fame, she launched a perfume, a fitness DVD and became a partner of the IOSIS chain of spas in Mumbai. Shetty married Business Tycoon Raj Kundra in 2009 and the couple now own a majority stake in the IPL franchise- Rajasthan Royals. They also have a 4 year old son, Viaan Raj Kundra. Phew!

The Muscle-man, John Abraham, whose body works as future goals for half the fitness freaks of our country, is quite the businessman himself. His production house, ‘John Abraham Entertainment’, has seen the successes of quite a few Bollywood movies like ‘Madras Café’ (2013) and ‘Vicky Donor’ (2012). His love for football as a sport, led him to put the bid for Indian Super League Franchise- NorthEast United FC, which he currently owns. Way to go, John!

With maintaining their good looks, glamourous lives, media intrusions and of course movies, they are much more serious, productive and have given the country so much more to do and think about.