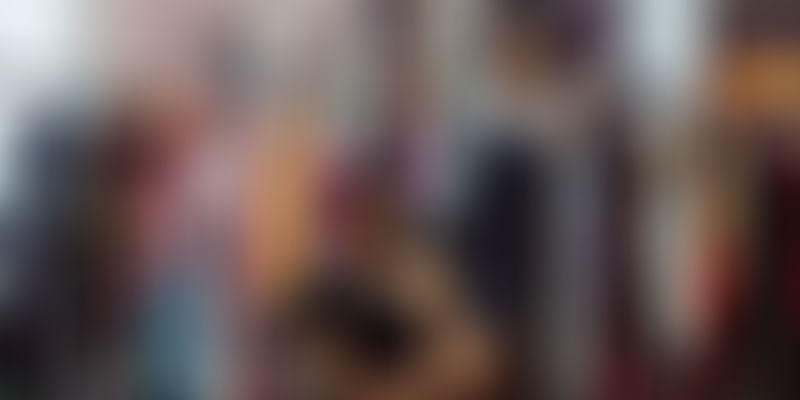 A customised parcel that displayed ‘Nileena, you are glamourous,’ was delivered to her within four hours of placing the order. After a colleague suggested the idea, Nileena G S, marketing professional at a leading startup in Bengaluru, decided to rent a ‘little black dress’ from StyleBank – a new entrant in the online fashion rental service space. She says, “Everything about the experience turned out great. From delivery to wearing it to the pickup.” She adds, “I think, when another occasion demands a dress from a fancy label, I might rent an outfit.”

And, that has been the experience for many youngsters who are now renting fashion wear from Style Bank, which has crossed more than 1,000 transactions within four months of launching operations in February this year. Operational in Bengaluru, StyleBank, a woman’s wear on-demand fashion rental service, offers handpicked garments from across the world and delivers to the doorstep within four hours. Customers get to keep the outfit for 48 hours after which the pickup is arranged. All for just a fraction of the garment’s retail cost.

The quintessential question – What do I wear today? – haunts many people, especially young women, almost every day as they browse their wardrobe to dress up to college, work, party, or other occasions. Things were no different for Bhavna Suresh and Aina Barker, marketing professionals, who spent a fair share of their salaries on clothing. “We were victim to the high street shopping addiction, and realised we were spending too much money on clothes. We wanted to back pack around the world, invest smartly, and do all the things we enjoyed doing, but then we didn’t know how to strike a balance. Because, dressing smartly was equally important. Looking our best made us feel good and confident,” says 27-year-old Bhavna.

And, when Bhavna and Aina discussed this at length, the idea of StyleBank germinated. At that moment, Bhavna was pursuing her MBA at HEC, Paris, while Aina was working with some of India’s leading lifestyle and fashion brands in a digital agency. “It was like we had nothing else to speak about. It was the only agenda we had. We spoke and ideated every day. We strategised and worked on the business plan, spoke to a large number of our target audience for honest opinions. We worked on the idea for five months before we raised angel funding,” says 31-year-old Aina. StyleBank was registered in August 2015. Talking about taking the entrepreneurship plunge, the duo say, “We believed and knew that we had the skill sets to establish the venture and envision its growth.”

Apart from 16 years of cumulative experience across digital marketing, lifestyle and fashion strategy, operations, business development, and sales, the two co-founders had also worked at early-stage ventures and experienced growths and exits. Bhavna explains that this helped them while laying the foundation for StyleBank. “That being said, starting up is a whole different experience in itself. Entrepreneurship is a choice only a few make and nothing in the world can prepare you enough for the journey. We are learning and enjoying each day,” say the first-time entrepreneurs. Bhavna adds,

“Entrepreneurship is about being obsessed with what you do, and accepting that it is a lifestyle choice and not just a career. It’s almost a spiritual decision – You need to have faith when you take the leap.”

Also read: Those who can’t own, rent – the dawn of e-commerce rental economy

Getting the StyleBank wardrobe up and ready

Immediately after the registration, StyleBank focussed on operations and building the base for launch. Bhavna says, “This period was a long-distance relationship, because I was in Paris.” Aina recollects their first day as co-founders spent brooding over tons of Google spreadsheets, skyping at awkward international timings and coordinating various activities such as sourcing, logistics, and scouting for the right talent to join the team.

The biggest challenge for the founders of StyleBank is the stereotypical negative attitude towards renting clothes. For most youngsters, renting clothes brings alive the experience of wearing ill-fitting-used-smelly-old clothes for school or college cultural performances. Bhavna says, “Renting is a nascent concept in India and getting a woman to accept a new form of consumption is the biggest challenge. But, we have observed that once the users avail our services, the myths are busted and a few even become evangelists. We have a 35-40 percent return rate, which is a very positive reflection.”

And helping them address this challenge is competition. The reason, “Other clothing rental startups which have funding are investing a considerable amount on marketing and educating consumers on the benefits of renting. That translates into marketing money we can save upon creating awareness and focus are marketing messaging at the core differentiators of StyleBank.”

Built on the premise that ‘fashion changes, don’t buy’ we ask if that very opportunity doubles up as a challenge for even StyleBank. Bhavna says, “We not only hand-pick our inventory to cater to Indian body types and sensibilities, but also source it based on market study and through constant interaction with our customers – existing and potential.” Explaining further about how this helps the venture in reaching better utilisation numbers, and break even on the unit products faster, Aina says, “Take maxi dresses for instance, as far as the trend goes, they are a usually a summer front page feature. But, Bengaluru girls love them and wear them throughout the year because the climate allows it. Because we strategise our inventory studying such factors, it allows us to leverage a longer shelf life for a customised offering.” In fact, the founders themselves have not bought a new clothing in the last 10 months, and have rented it out all from StyleBank.

With competitors operating on more or less the same price point, it is impertinent for StyleBank to offer a differentiator. Bhavna says,

“For us, renting a garment is not just about the product or the service, but an experience.”

That’s why they have carefully curated the entire experience cycle. Right from having their stylists help customers with the selection and recommendations on how they can put together the look to human interaction at every important touch point of the rental cycle.

Encouraging people to embrace a new form of consumption

Four months since it began operations, StyleBank has seen encouraging growth and adoption, reflected in its inventory which has shot up from 100 when it initially began to 800 today. It has also expanded its offering to include ethnic wear in collaboration with local designers. They have also grown to a seven-member strong team. On an average, StyleBank caters over 30 orders every day. The team hopes to take that number to over 100 in the next couple of months and is confident of reaching that number due to their steady growth rate. StyleBank has seen a 40-45 percent month-on-month growth rate.

Its strong college ambassador programme is helping to grow its loyal user base at an aggressive pace. Another growth driver is StyleBank’s customised packages that cater to special needs like holiday, long weekend, bulk order packages.

By the end of 2016, StyleBank aims to become the dominant player in Bengaluru, while also expanding the reach to three other cities. At a broader level, in the time to come, StyleBank envisions to cater to both women and men, for all their fashion needs including personal styling and recommendations.The co-founders say,

“With garments priced at just 10 percent of the actual cost, when a consumer chooses to onboard StyleBank, she is liberating 90 percent of her spending power to do other things – like travel, study or anything that she loves.” That is the kind of disruption StyleBank is looking to bring about.

In the last two years, a number startups have sprouted aiming to tap the potential of apparel and fashion rentals which global peers like Rent the Runway began tapping way back in 2009. Some of the leading players in the Indian apparel rental market include: Flyrobe, Blinge, Wraped, among others. While some offer chic every day or occasion-related wear for rent, some offer fashion wear which are straight from the ramp. Also, many offer accessories ranging from bags, jewellery, to shoes.

At the moment, most of these fashion rentals are focussed on women and there aren’t stark differentiators. However, its key value proposition resides in catering to the new generation of consumers, primarily from middle class and upper middle class, and their aspiration for luxury garments at an affordable price.

And, while some have tasted success, some haven’t. For instance, while online fashion rental platform Blinge raised an undisclosed amount in its first round of funding led by Anupam Mittal, Founder and CEO of People Group in May this year, the same month witnessed online apparel rental startup Klozee shutting shop just six months after raising its maiden round of funding.

As fashion rentals continue to gain customer acceptance, the investment in the sector is likely to rise. But, in India, the concept will probably take a little more time to become popular enough to guarantee the required market growth. That said, it is commendable that these online fashion rental startups are trying to bridge the gap between affordability and luxury and making looking beautiful so much more easy!