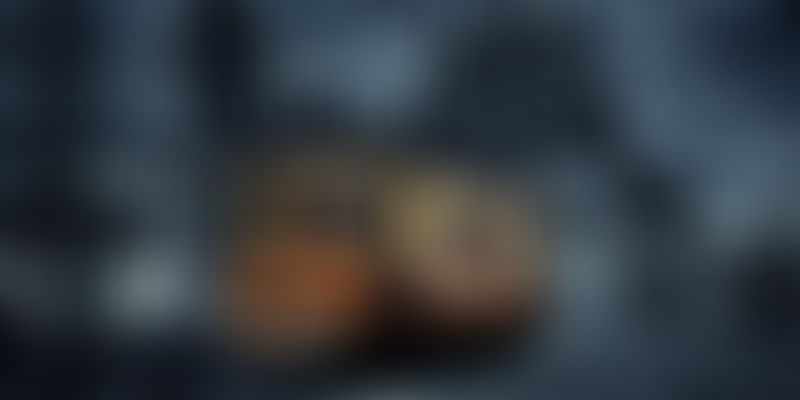 Sometimes, all it takes is a simple idea. A re-connect. A reminder. That’s what two former students of Cambridge School of Art decided to do. Hailing from the City of Joy, Kolkata, Aditya Sengupta and Kheya Chattopadhyay realised that the way to re-connect the youth to its cultural roots, is to remind it of its heritage.

Kolkata has always been revered for its trams- a rail vehicle which runs on tracks made along the urban roads of the city, powered by overhead cables. With economic growth and marginalised incomes, the shift to swanky cars, motorbikes and AC buses have become a near-necessity for its several thousand residents.

The urban youth of today do not recognize its heritage in the form of the Kolkata tram, the oldest operating tram network in India, operating since 1902. They don’t realize the joys of watching the roads clear as it passes by, the sleepy faces across the benches and the carefully folded bundles of five- rupee notes tucked between the fingers of the conductor. They miss out on the good-humoured debates on Congress vs. Modi and East Bengal vs. Mohan Bagan.

But that was about to change. Sengupta and Chattopadhyay drew together a team to set up an event that would become a major hit among Kolkata’s social circles- ‘Tram Tales’.

“It just struck us how the backdrop of Kolkata has changed completely....because trams had always been so important while I was growing up. So Aditya and I met with people from CTC, and then the drivers at Tollygunj Tram Depot. They were so excited and sad at the same time that we were doing this. There are no tram stops and hence people seldom board trams these days according to them. People who drive, abuse and hate the tram drivers because the vehicle speed is so slow. No one has time for anything slow these days according to them,” says Kheya Chattopadhyay, Co-Creator and Executor of ‘Tram Tales’.

‘Tram Tales’ is part of a project called ‘The Future of the Past’, which is a pioneering project that creates space for various art forms to collide and interact, so as to give rise to a new form of creative process. The project is presented by Team Future and Yes Foundation, in association with The Telegraph and INTACH.

Tram Tales is a two-day, site-specific mixed media art installation, which is carried out in the style of an exhibition-cum-festival. Held inside the temporarily-closed down Gariahat Tram Depot, there were about seven major unit trams, each sporting a different activity.

The first was the ‘Drama Tram’, where all performances took place inside the tram. About two to three performers from each youth theatre group put up a show, with the audience being seated inside as well.

The second was the ‘Graffiti Tram’, which was kept right next to the entrance and artists were allowed to spray paint all over it.

Next in line were ‘The Filmy Trams’, which were about five in number. Here, films were shown inside the tram, and since the subject was ‘tram’, all the short-films and documentaries were based on this theme. Footages of international trams like those in Norway, Russia, Sydney and London were also showcased.

Then there were ‘The Installation Trams’ which offered a variety of different activities. Some contained chess-boards for people to play, some were turned into a disco for them to dance.

‘The Music Trams’- The backside of the depot was turned into a kind of stage, where different bands would perform. This area was done up with CDs and cassette reels.

The central portion of the depot was kept for a photography exhibition, which again had its theme as ‘tram’. So these contained beautiful photographs featuring trams, taken by amateurs and professionals alike.

And finally, there were ‘The Adda Trams’, where popular food-joints like ‘Mrs. Magpie’ and ‘Tea-Trove’ put up their stalls, inside a tram. Benches and stools were kept outside for people to relax, mingle, eat and watch the performances.

The first day witnessed a footfall of about a thousand. The second was even more, at about twelve hundred. Tickets were priced at fifty rupees and were available at the depot, itself.

“After executing Tram Tales, we were asked why we don’t do something with the history of trams, some presentations and lectures. The thing is we wanted trams to not only be a form of nostalgia but to appeal to the younger generation. The only way we could do that was by giving life to the otherwise abandoned tram depot through various forms of art,” says Chattopadhyay.

In a City that is bustling to the beam and has dug its claws into tradition and a nostalgic reverie regarding the ‘glory of the past’, this cultural revolution- a modern day heritage Renaissance if you will- speaks volumes for the thousands of Calcuttans opening their minds and arms to a concept that is equal parts modern and equal parts old school. So in the spirit of a massive throwback, we remember what makes the heritage of our City, as it rambles past us.