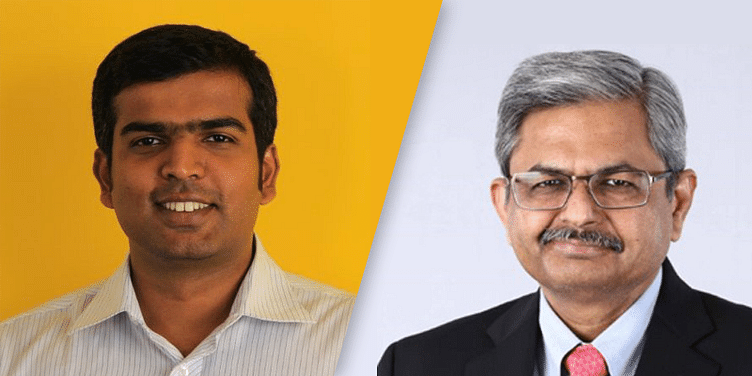 The two CEOs I have chosen to writeabout in this article come from very different backgrounds.

• One of them, Sanjeev, was 40 years old, with a very sound grounding in an MNC culture. Hewas an extremely successful professional who had worked at companies like DEC, Motorola and 3COM prior to his entrepreneurial stint. If one had to credit 5 people responsible for India’s $150-boutsourced services industry that gave India a pride of place on the world stage, his name would figure in this list. He was the founder CEO of Daksh, a company that IBM acquired.

• The other was Raghu, a strapping 30-year-old with little or no exposure to management who, along with Bhavish Agarwal of Ola, gave shape to India’s ‘shared economy’ by building the taxi aggregation industry in India.

They created a very strong culture of high performance.

I can say with a fair amount of confidence that companies that have a high-performance culture have it because the CEO strongly believes in it. There is NO other driver. Both Sanjeev and Raghu were great creators of high-performance cultures. They recruited people they didn’t need to manage, and quickly took steps if they ended up managing them more than they should. They spent a lot of time meeting candidates for key positions and they knew what to look for. They were both very particular about “informal reference checks” because interviews had serious limitations.

I recall a situation where we hired a Business Head for one of our biggest regions. This was one of our first big hires and we were experimenting – experimenting because the taxi aggregation industry did not exist at that point of time and we were trying to figure out where we could find someone with the skills needed to run this business. We had a forum called the monthly review (MR) which the entire leadership team participated in. Besides separating the men from the boys, this forum served other purposes like identifying talent. After the second MR, Raghu asked me what I thought of this business head. His performance was poor. He wasn’t even able to clearly articulate issues. We agreed that he wasn’t shaping up. Raghu suggested we let him go. I said we should give him another month. Raghu agreed with giving him a month, but I could see impatience and skepticism written all over his face. We were in the next MR and this business head was again showing up in poor light, without any data to substantiate what he was saying. I was squirming since I was the one who had asked for the one month (and had done nothing to bring about the change we were expecting). I saw Raghu looking into his phone and messaged him: “Agree we should let him go.” Raghu looked up with a slight smile that indicated, “It took you 30 days longer to figure this out?!”

The feedback they provided people that worked with them was pretty candid, sharp and quick. They didn’t mince their words and didn’t care a lot about niceties. They pushed people hard, almost over the brink. In turn, those that worked for them pushed their teams equally hard. Over a period of time, everyone across the firm was doing the same. A culture of setting high standards, having crucial conversations, dealing with non-performance (as opposed to avoiding it) set in. To top it, they had no permanent likes and dislikes,which helped create a very apolitical atmosphere. They could have a drink and spend time with someone at an office party because the person was interesting, but could be having a hard conversation (and maybe even a conversation about parting ways) in the next week in the office.

This goes back to an earlier post of mine where I talked about field commanders focusing on the most important things and having a disdain for the less important things. At one point of time, Raghu was involved with product design. He would be spending most of his time on this. He almost didn’t know what else was happening in the company, exceptwhat reached him as an escalation. If there was a pattern to these escalations, he knew what to do. At some other point, he was personally working on the surge-pricing algorithm!

The same was true of Sanjeev. At one point he was personally driving a solution forthe problem of mass hiring and training. HR wasn’t able to hire, train and deliver quality agents in bulk to the business units, as a result of which there was huge internal customer dissatisfaction. As an outcome of Sanjeev’s personal attention to this problem,a new business unit to acquireand train agents in bulk was created, and a sales-savvy business leader – who had the respect of the rest of the business heads– was placed at the helm. The problem vanished,partly because the business heads found it difficult to fault one of their own, who was now running the business unit.

Both CEOswould spend time on every team’s roadmap and goals. They would tear into any presentation that was superficial and lacked depth and thought. This forced every function head to think about the most important things and priorities very carefully. Once the course was set, it was just about tracking. If the course was wrong, it didn’t matter how efficiently one got there. Therefore, they spent time on “setting the course”, metaphorically and otherwise.

They were very facts- and data-oriented

They were scathing when presented anecdotal data, unless the anecdotal data was just a prelude to a more detailed analysis, or when data was just not available and decisions needed to be taken on gut feel. Gut feel was tolerated from people who had a track record of otherwise being data-oriented. Both of them were intolerant of the traditional HR spiel – attrition, engagement, talent management, etc. Data, analysis, real engagement, real talent management, managing people cost effectively, or anything that solved business problems was what they cared for. And this applied to every team and function.

They had a healthy skepticism of theory and rituals

. As companies become bigger, rituals begin to take root. That’s when companies begin to lose agility and relevance. That’s when the mediocre begin to gain importance. Some rituals may be helpful, and even necessary, as long as you know why they are needed. A ritual is something that you do without seriously questioning why youare doing it or what immediate business problem it is addressing.

Rituals are always a result of collective inability to address the real issues. Both Sanjeev and Raghu had a disdain for rituals. I remember a company that I worked for that was struggling with quality issues. The management consultant that was advising them suggested putting a comprehensive Total Quality programme. The programme was put in place and culminated in the company winning the Deming Prize. However, the quality problems persisted. The Total Quality programme had become a parallel programme that did not directly address quality issues. It had become a ritual that was promoted by a management consultant, shepherded by the Quality team, without any serious and in-depth questioning by the CEO. If there was a quality issue at Daksh or TaxiForSure, the leader responsible for this would have been accountable to fix it and present a roadmap that would be monitored.

The best CEOs in a scale-up context, from my experience, are not necessarily the ones that are good on the softer aspects of leadership. They are outstandingly good at the harder aspects that I have described above.