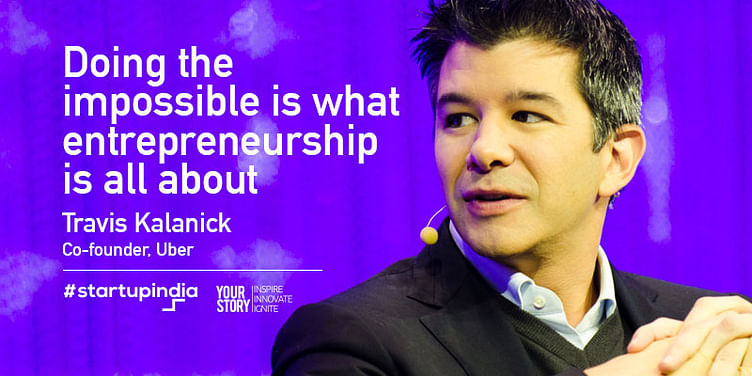 Uber has raised $3.5 billion (£2.4 billion) from Saudi Arabia's sovereign wealth fund reports Reuters. The U.S. ride-hailing service said on Wednesday, that it had gained a crucial partner in its expansion into the Middle East. The investment from the Saudi Arabian Public Investment Fund was part of Uber's most recent financing round that valued the company at $62.5 billion. This makes it the most highly valued venture capital-backed company in the world.

Uber was founded by Travis Kalanick and Garrett Camp in 2009 as 'UberCab'. In a blogpost from 2010, Travis notes that the origins of Uber was on a cold winter in late 2008, when he and Garrett were hanging out in Paris. Garrett had sold StumbleUpon to Ebay and was working at a big company, while Travis had just completed his tour with Akamai after selling Red Swoosh to them in 2007. He recalled,

His(Garrett) over-the-top idea in Paris that winter started as a limo timeshare service. I think his original pitch had me and him splitting the costs of a driver, a Mercedes S Class, and a parking spot in a garage, so that I could use an iPhone app to get around San Francisco on-demand. Hilarious! Obviously things have changed quite a bit.

By January 2010, Uber did their first test run in New York and had three cars in their network. At this stage, the core team consisted of Garrett, Travis and Oscar Salazar. Uber was looking to hire a General Manager at this stage and Travis sent out this now famous tweet and got a response from Ryan Graves.

Uber released its app in June 2010 and expanded nationally in the US in 2011 and internationally in 2012 and 2013. Along the way the company also successfully raised external funding rounds starting with a $200K seed round in 2009 to a $258 million Series C round from Google Ventures in 2013. There were reports that Google was so desperate to invest in Uber, that it even gave Travis a blank termsheet.

At this stage in 2012, Uber also changed its tagline from 'Everyone's private driver' to the much broader 'Where lifestyle meets logistics'. Along the way, Uber has faced regulatory challenges from multiple governments and taxi companies, who allege that its use of drivers who are not licensed to drive taxicabs is unsafe and illegal. Most recently the Karnataka government gave Uber and Ola an ultimatum to either comply with regulations or stop operations immediately. On June 1st, Uber officials met Commerce and Industry Minister Nirmala Sitharaman in Bangalore to discussed several issues, including Karnataka’s latest regulations on cab aggregators.

Uber was valued at $40 Billion in its Series E funding round in December 2014, but its latest investment from Saudi Arabia values it at an estimated $66 billion. As a part of the investment, a managing director at the fund, Yasir Al Rumayyan, will take a seat on Uber's board, the company said in a statement. Uber has committed to investing $250 million in the Middle East, where it has grown aggressively. The company says that 80 percent of Uber riders in Saudi Arabia are women.

The taxi cab market has seen tremendous growth worldwide. Most recently Apple invested $1 billion in Uber's Chinese rival Didi for strategic reasons. In December 2015, Didi entered into a global alliance with Ola, GrabTaxi and Lyft to take on Uber. As a result of the alliance, international travellers from India, China, SE Asia would be able to access ‘local on-demand rides’ by using the same application they used in their home countries.

The latest fundraise gives Uber the ability to flex its muscles and also go after multiple markets while also focusing on moonshots like driver-less cars. It will be interesting to see how the 'taxi wars' play out.