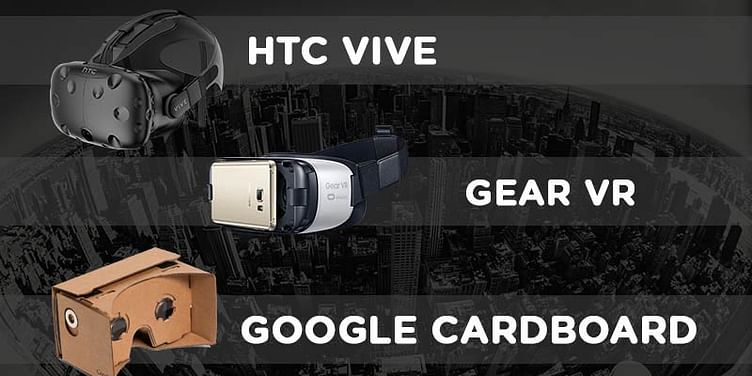 The virtual reality (VR) industry has made tremendous strides in the past couple of years. Judging by the rate at which the VR industry is currently growing, and the sheer excitement a good VR experience generates in the user, I am willing to bet that there will be many more like me who wish to find out more about VR in the immediate future. The sole purpose of this series of articles is to offer a starting point to these people. The approach adopted is to address these basic questions:

Questions 1 and 2 were answered in Part 1. If you haven’t read Part 1 of this series yet, I strongly suggest you do that first. You can find it here. Now, let’s move on to Question 3:

1) Why are there so many headsets out there? Why would I buy the Samsung Gear VR headset for Rs 8,000 when I could buy the Google Cardboard for just Rs 400?

I recall reading about Facebook’s Oculus acquisition back in 2014. Google open sourced the cardboard headset design shortly after Facebook’s acquisition. Thus, on the one hand, we had Google claiming you could experience VR with a phone and a headset put together from a pizza box. On the other hand, we had Facebook who had just spent $2 billion on a company that had a similar product, which would release only after two years.

In order to make sense of this, we need to understand a few important terms associated with VR Head Mounted Displays (HMDs):

a) Rotational tracking: the ability of an head-mounted display (HMD) to track the orientation of your head, or the direction in which you are currently looking. This is generally done using a gyroscope or motion sensors. It assumes your head is pivoted to a single point in space.

Figure 4: Rotational Tracking tracks your head’s Pitch, Yaw and Roll i.e. its rotation along all 3 axes.

b) Positional tracking: is the ability of a VR HMD to track your head movement in 3D space. Rotational tracking only senses the direction you’re looking in, whereas positional tracking allows the HMD to sense when you’re kneeling down, leaning forward, or jumping. The Oculus Rift tracks this movement using an external webcam like device, which monitors a set of infrared LEDs on the HMD.

c) Room-scale tracking: This is an extension of positional tracking. It enables the headset to track your every move in a fixed space. You can walk around, jump, kneel, crawl, and perform any activity you would do in reality without breaking immersion. The HTC Vive implements room scale tracking with the help of two sensors placed on diagonally opposite corners of a room.

Figure 6: With Room Scale tracking, you’re given complete freedom to move around in a fixed space.

d) Frames per second (FPS): the rate at which the screen on your HMD refreshes. A 60 FPS screen refreshes 60 times per second. In the context of VR, it is important to maintain a steady FPS. At low FPS, the user would observe a considerable lag. Imagine turning your head quickly from side to side and seeing the world around you catching up a few seconds later. It is extremely unsettling. The discrepancy in motion perceived by your eye and that perceived by your vestibular system (the fluid in your inner ear), can cause nausea. To ensure this doesn’t happen, a minimum of 60 FPS is required for immersive VR. 90 FPS is considered good, and 120 FPS is the target the VR industry has set for itself.

Now, let’s revisit the Google Cardboard versus Oculus Rift debate. There are three categories of VR HMDs out there:

a) Mobile VR HMDs: These offer rotational tracking, variable FPS (maximum of 60 FPS) and variable FOV (~90 degrees). Currently, the Google Cardboard is the most popular HMD in this category. All you need is a couple of lenses, a sheet of cardboard, a magnet, and an android phone with a gyroscope. It costs around Rs 400 to make and is a pretty respectable introduction to VR. It does a pretty good job when viewing 360 degree photos and videos, assuming you don’t move your head around too quickly. The only way to provide input is by swiping a magnet on the side of the headset. It is a cleverly hacked together HMD, and is great for a first-time experience, but is incapable of delivering consistently high quality VR.

b) Premium mobile VR HMDs: These offer positional tracking, consistent 60 FPS and an FOV of 96 degrees. The “Oculus powered Samsung Gear VR” (Oculus software, Samsung hardware) headset comes under this category. Presumably, so will Google’s recently announced Project Daydream series of headsets. The Gear VR is compatible only with Samsung’s flagship phones, the Galaxy S6 and above. Aside from the cost of the phone, the headset itself costs Rs 8,000. Experience wise, it trumps the cardboard. The Google Cardboard is forced to use the sensors on your phone, whereas the Gear VR headset comes with motion sensors loaded into the headset. Hence, it is able to track the movement of your head with very low latency, giving rise to a consistent FPS and a highly immersive experience. With a D-Pad on the side of the headset for input and the option to connect a controller, these HMDs support apps with much more functionality than the Google Cardboard.

[The Sony PSVR also comes under this category, but is yet to be launched.]

First, a few points to note about these HMDs:

The high price, limited portability, and low availability of the tethered HMDs are probably causing you to feel a little sceptical. These are trade-offs that had to be made to create a truly powerful VR experience. As someone who has experienced all three categories of VR, I believe that these trade-offs are justified.

With the computation power of a powerful GPU to draw upon, the worlds created by these HMDs are absolutely mesmerising. They support complex interactions and offer vivid imagery. After spending a few minutes in VR with Google’s Tilt Brush app, I didn’t care about my location in the real world anymore. As far as I knew, I was on an abandoned planet, painting in the air with fire and plasma brushes, discovering a completely new art form. Take a look at this video to understand what I’m talking about. My first VR experience, when I visited Mars with my Google Cardboard paled in comparison to the Tilt Brush experience on the Vive.

I could go on and on about my experience with the Vive, but this is one of those things that have to be experienced to be understood. If you ever get the opportunity to try either the Vive or the Rift, pounce on it.

TL;DR: The more expensive HMDs offer more immersive experiences, which are more enjoyable. They are able to do this with the help of sophisticated hardware and are hence priced higher. The Google Cardboard is good for an entry level VR experience, to view 360 degree photos and surf YouTube360. The Gear VR offers a more holistic experience and helps the user interact better with VR. Finally, the HTC Vive and Oculus Rift are the HMDs that justify the hype behind VR. You HAVE to try them out, if you ever get the chance.