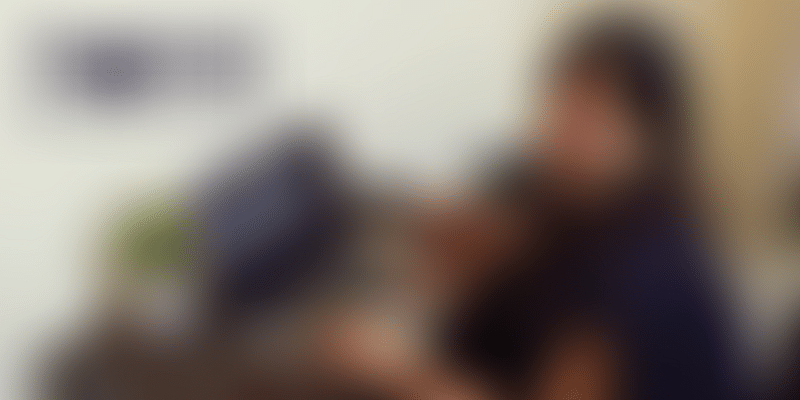 “Everything is moving to mobile. So, moving forward, ease of mobile app development will be a key focus area. Personally, I do believe that app is important, but a mobile-friendly site is equally important, as that is your first impression. With so much of scale, companies are generating terabytes of data, and data mining and getting relevant results from it will be another major focus,” says Kriti Agrawal, on the major trends in technology.

“Recently the artificial intelligence (AI) war has also started, with Facebook opening up the messenger bot for development. Let’s see how it goes,” adds the 28 year old.

Kriti is the Founder of Vondore, which provides an end-to-end solution for creative entrepreneurs. This woman in technology and entrepreneur combines her love for fashion and technology in Vondore.

The name Vondore is a twist on ‘wanderer’, ‘wander’, ‘want’ and ‘adore’. Vondore enables creative entrepreneurs to start their online stores, cut their costs and build a brand name. Designers/artists, from those making customised soaps for kids to wall clocks to latest designer clothes, can showcase their designs, generate sales, and undertake custom orders. It also allows them to speak directly with end customers and collaborate with other artists.

Born and brought up in a joint family setup in Jaipur, Kriti was the first child in her family to go out of town for studies. Not an easy feat, given it required cajoling her grandparents to give the green light.

While as a child she loved dressing up and posing with her sister, Kriti was also a tech freak. “Reading a manual of the latest gadgets, trying to fix the broken stereo, or mend a table, I did it all and loved it. I do think the nineties were fun days,” she smiles.

Kriti graduated from Delhi College of Engineering (DTU now) in Computers in 2010 and took up her first job as a Business Analytics Associate in ZS Associates, which works in business strategy consulting for US pharma companies. She worked there for almost four-and-a-half years and left in January 2015, because she could not see the direct impact of her work.

Soon after, she started a fashion boutique in Goa and gradually opened an online portal, which slowly pivoted into Vondore.

“I designed some pieces for my friends and families. I created a collection and took part in exhibitions. I also tried my hands at online selling,” she shares. During this time she met with lot of artists and designers, who were all facing a similar problem: low ROI, since the traditional sales methods were expensive.

“Between stall booking, travelling, other overheads, they hardly have any profits. Most of the artists I spoke with always said the same thing: ‘We are sold out, but where has all the money gone.’ The costs were killing them. And online we hardly got any visibility between the big brands and the imported Chinese stuff,” says Kriti.

The desire to do something about this problem set the ball rolling. She started working on the idea in July 2015, and launched the prototype and MVP in November 2015. “There is no looking back after that. “Although we have been in this stream for just over six months, lot of our sellers say that they feel like we have been here for years,” says a happy Kriti.

Vondore started its journey from Goa but its six-member team is now based in Bengaluru.

Knowledge of tech, Kriti believes, gives her an edge. Especially, “with the timelines and effort requirement, which does help a lot in product planning and resource planning. It definitely helps you ramp up work at the MVP stage and iterate quickly, especially being a single founder where you do not have much help in initial stages.”

Kriti also keeps up with the latest in tech and ensures that the best is also integrated into her product. “The best way to keep yourself up to date is to talk to tech people and share ideas. I try to meet such people regularly. Also there are a lot of portals like Y Combinator and GitHub, which are great repositories for good reads and trends on what’s new and happening in tech. I read a lot and implement my learning in our work. There are a lot of techniques in the market. It is all about finding the best-suited technology for the problem at hand,” she says.

While talking about the number of women taking up tech, Kriti points out that her small team was an all-girls one initially.

engineering department. Almost all of my women batchmates are still either in tech or have gone for MBA and then a career in finance or consulting,” she says.

According to Kriti a decade or so ago, engineering was associated with mechanical and heavy engineering. Most parents and girls didn’t feel comfortable with that. “The mindset has changed a lot now,” she says. To increase the number of women in tech the work has to be done at the ground level. “A person makes up their mind to whether they want to become a doctor or an engineer in school. Better subjects targeting computers, which covers all aspects of computer engineering course (OS, networking), like biology does for medicine, can help a lot in getting more girls in this line.”

As an entrepreneur, one of the big challenges Kriti faced was on-boarding new designers. She says, “Till now the traditional method for artists to generate sales was exhibitions and flea markets. To change that mindset and make them see long-term profits was a challenging task. The other challenge was on the technology front. As the workload was growing, we needed a bigger tech team, which was a bit difficult in Goa, so we moved to Bengaluru.”

Feedback on quality, customer service, and products from customers motivates the team and provides the energy to work hard and win these challenges.

Kriti’s focus in on growth but to implement their vision they need funding. In the next two years she wants Vondore to be the global face of Indian handmade industry.