Yahoo! is auctioning 3,000 patents; will Google and Microsoft get into a bidding war? 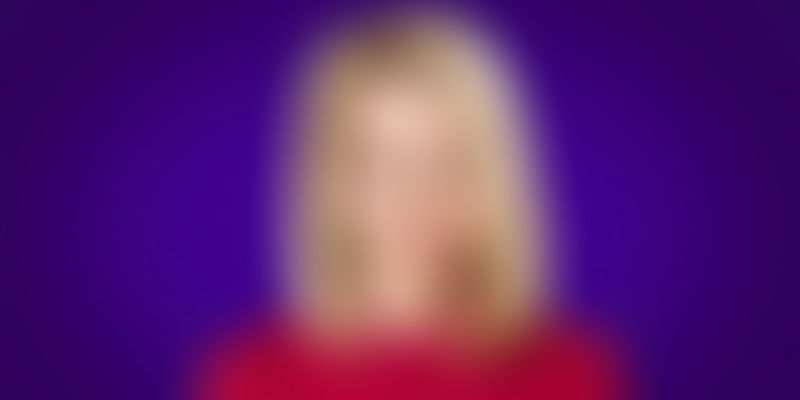 Yahoo Inc. is in the process of putting up about 3,000 of its patents for an auction, with the expectation of fetching more than $1 billion, reports WSJ. In the past few weeks, the tech giant had apparently sent out letters to a range of potential buyers for the patents, which date back to Yahoo’s IPO in 1996, and include its original search technology,

Yahoo! is reported to have hired Black Stone IP, a boutique investment bank that specialises in patent sales, to run the auction, and has set a mid-June deadline for preliminary bids, according to the report.

Yahoo! was founded by Jerry Yang and David Filo at Stanford University in January 1994 as a directory of websites, organised in a hierarchy. It was initially called 'Jerry and David's Guide to the World Wide Web' before it was renamed as Yahoo!.

Yahoo! was at the peak of its popularity and grew rapidly through the 1990s and diversified into a web portal, followed by multiple high-profile acquisitions. The company's stock price skyrocketed during the dotcom bubble but then subsequently crashed to an all-time low in 2001. Yahoo! also faced tough times with intense competition from rivals like Google. Interestingly, Yahoo! had had multiple opportunities to invest in or acquire Google in 1998 and 2002, but didn't.

In 2008, Yahoo! rejected Microsoft's offer for a $45 billion buyout, with the board unanimously concluding that Microsoft's half-stock, half-cash offer 'substantially undervalued' Yahoo. The tech giant had a major hiccup in early 2012, when it had to layoff 2,000 employees. Around the same time, Yahoo hired ex-Google veteran Marissa Mayer to help turn things around for the company.

Marissa tried to bring about changes at Yahoo through new initiatives and policies and also acquiring Tumblr in 2013 for $1.1 billion. Some of her decisions also led to scrutiny from the media and she has received mixed reviews. In 2014, she was ranked sixth on Fortune's 40 under 40 list and the 16th most-powerful businesswoman in the world. In contrast, Fortune in 2016 named Mayer as one of the world's most disappointing leaders.

Can Yahoo! manage to reinvent itself?

After a disappointing 1Q16 earning's report that saw revenues shrink, Marissa admitted during the webcast that Yahoo was reviewing a potential list of suitors for its Internet operations and was proceeding at the 'fastest responsible pace'.

Yahoo also announced the patent sale in the midst of a high-profile auction for its core web business. A Yahoo spokeswoman told Wall Street Journal that the company is exploring the sale of about 3,000 patents and pending applications, with the appeal-

This represents a unique opportunity for companies operating in the Internet industry to acquire some of the most pioneering and foundational patents related to web search and advertising.

In April, Yahoo assigned 2,659 patents to a separate subsidiary called Excalibur IP LLC, according to a filing with the U.S. Patent and Trademark Office noted Wall Street Journal.

What exactly is up for grabs?

The trove of Excalibur patents covers key areas such as search, e-commerce and online advertising, including a patent related to ad-matching technology that was at the centre of a legal dispute between Yahoo and Alphabet’s Google. That technology, which matched online ads to web-search results, was developed by Overture, an online ad company that sued Google in 2002 for patent infringement before being acquired by Yahoo a year later. Yahoo and Google settled in 2004, with Google giving Yahoo stock worth more than $300 million in exchange for a perpetual licence to Yahoo’s ad-matching technology.

A Yahoo spokeswoman said the company is offering a smaller group of patents—500 U.S. patents and over 600 U.S. pending applications—as part of the auction of its core web business. Those patents are seen as necessary to the underlying technology of Yahoo’s web properties.

Economic Times notes that Yahoo! is considering selling off almost everything it owns except its lucrative stakes in China's Alibaba Group and Yahoo Japan because its own revenue has been crumbling for the past decade. If Yahoo! decides to hold onto its slumping Internet operations, ET noted that Marissa has vowed to boost revenue by selling more mobile ads, while also slashing costs to increase the company's profits. In this scenario,

Yahoo's Internet operations would be spun off into a newly-formed company, probably sometime next year, under Mayer's latest turnaround plan.

Potential sharks who may bite

Alphabet Inc. and Microsoft Corp. are among the obvious potential buyers for Yahoo’s patents.

In April, Maulin appraised about 2,000 of Yahoo’s enforceable patents and estimated them to be worth $965 million to $1.34 billion, based on a variety of factors, including the company’s historical patent licensing revenue. Yahoo has already collected about $600 million from patent sales and licensing fees in the past three years.

Why patent sales are a big deal

Patent sales can be tricky business. They generally go one of two ways- there is little or no interest with no bidders, or there is immense interest and bidding prices can go high, as multiple parties look at strategic advantages and possible lawsuits they could file or defend against with the newly acquired Intellectual Property (IP).

In 2011, Nortel Networks Corp. sold a trove of wireless patents for $4.5 billion to a group of bidders including Apple Inc., Microsoft Corp, BlackBerry, EMC Corp. and Sony Corp. WSJ noted that the deal marked one of the highest-profile bidding wars for patents, which pitted multiple tech giants against Google Inc.

More recently, Oracle had taken Google to court for allegedly making use of APIs that Oracle had gained the right to after acquiring Sun Microsystems. In May 2016, the court ruled in favour of Google and asserted that the search giant had not unfairly used parts of Java programming language related to the APIs.

Another interesting case study is of how Google acquired Motorola Mobility for $12.5 billion, before finally selling it to Lenovo for $2.91 billion in 2014. Google primarily had eyes on Motorola for its numerable patents and not for the firms manufacturing prowess. Apple's patent attack on Android licensees was slowing down and worrying Google's customers. Motorola had a massive patent library that could be used defensively. So while selling Motorola Mobility to Lenovo, Google retained a vast majority of Motorola's patents.

It will be interesting to see how Yahoo's auction plays out. There will likely be a bidding war with the kind of patents up for grabs. When the smoke clears, one or more tech giants will be walking away with valuable patents in their kitty.