The day I realised the feminine side of me 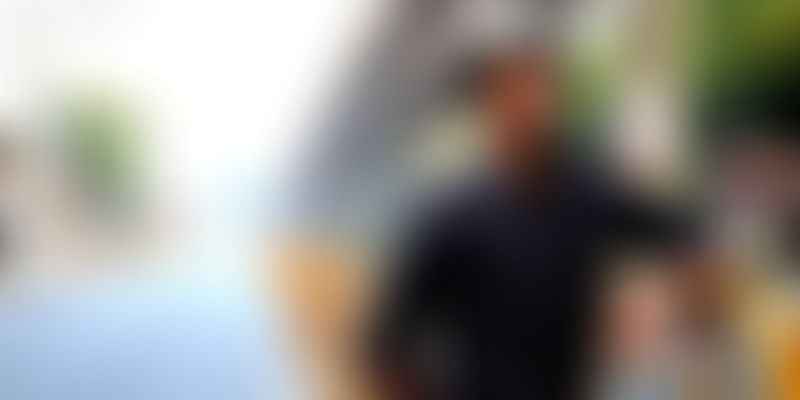 As I was standing on stage for the Queer Arts Movement of India, I felt stagnated as a performer. I am a queer man who loves to perform to songs such as Express Yourself and Broadway Musical songs. I was conscious on stage and didn’t know how to channelise the adrenaline rush that I was experiencing. I was clueless on what I should do next.

My dream was to perform on Broadway and I wasn’t getting anywhere. So, I had to shut myself from doing anything related to theatre or music. I wanted to know what it means to be a great entertainer.

I started my search in movies for inspiration and that’s when I chanced upon an art form known as drag. Then I got busy creating a drag character, which I later named Mayamma on September 2014. Drag is an art form where the person dresses up as the opposite sex for exaggerated femininity or masculinity. It’s all over the internet, movies, television series, and in textbooks!

At first I had an awkward feeling about performing as a woman, which meant I will have to wear women’s clothes, makeup, and a wig. Oh boy! That is a lot of hard work. However, I was determined and gathered the courage to perform as a woman on stage. Somewhere within me I was certain that drag will work with me because I was aware there is a feminine side to me and it was my chance to flaunt that side freely.There are times when people shun you when you accept who you are. They subject you to societal norms on how to be a man or a woman. If you don’t comply with those norms, you are either avoided or shunned. I have faced this in different parts of my life. A true individual is never appreciated. People around you keep saying, “Why don’t you dial it down a bit?” or “Why can’t you be like the others?”

After I started to perform as Maya, I started getting identity-related questions like, “Do you prefer to be a woman?”, “When is the sex reassignment surgery scheduled?”, “I prefer Mayamma over Alex, don’t you think it is appropriate?” or “Do you have multiple personality disorder?” I laughed about all these questions. But, it sure kept me thinking.

Probably, it is because I am not educating people on my identity. Very soon I found that I have become a stuck tape recorder saying, “I perform as a woman only on stage. But, I prefer to be a man on the streets.” Drag is new to Indian society. It is an art form that has been there for centuries altogether in India. However, the moment a man dresses up as a woman for a performance, people just don’t recover from their shock and disapproval until I sit down with them and talk in detail about the art.

I had explained this new identity to my family a few months ago. And my mother was convinced that I was a crossdresser and walked the streets that way. I explained to her saying that drag is a form of art and limited to the duration of performance only. If I go outside of India, I will be paid a lot to perform. Her witty reply was, “Then, why are you here? Go and perform outside India.”This misconception was not just with my mother, I had to navigate this information continuously with my friends, my colleagues, and the society. I have come to peace that my identity is a struggle. This is because I am introducing a fairly new art form into the society. I have realised that there are people who accept it and people who don’t comprehend.

There were instances when I had friends who walked out of my life because I stayed true to my identities. Though it all began to take a toll on me and took me to the pits of depression, I stood strong and realised my focus is to be a great entertainer.

Though change is constant, some people don’t tune themselves to change. It’s difficult at first and then, they warm up to the idea. I think this is similar to LGBT community. At times, I wondered if my drag persona is connected with my sexuality. It isn’t and I have figured it by keeping it separate. In the beginning, when I started drag, I had this fear whether I will mix my personalities. What if I walk one day as Alex and the other day as Maya unknowingly? I laugh it out because I know who I am.

When that happened, I had the clarity on Alex and Maya. My dreams about them were crystal clear. People don’t realise that Maya wouldn’t have happened if Alex hadn’t taken the first step. The step that created a ripple in the deepest LGBT waters in India. My journey with Maya has just started. It will go on for years to come.The profound moment is when one attains self-realisation. After that, nobody can change you or influence you. You are who you are. I have taken baby steps to fall in love with myself. This is because that’s the starting point. There were days when I couldn’t deliver an amazing performance and I used to question myself on why am I doing drag. But, there will be one person who comes up to me and says that I inspire them to be who they are and to be proud. This makes it all worth the while.

Many go through their lives doing a ‘good’ job, but don’t find their purpose in life. I may not have a good job, but I found a purpose in my life and it’s an incredible experience.