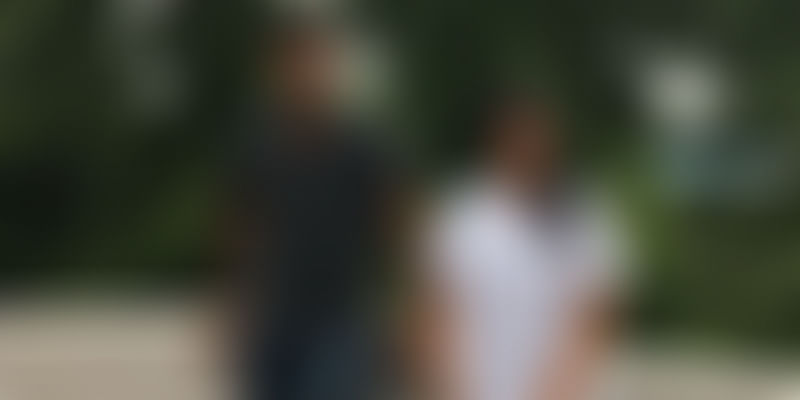 The average person could live in a city for over a decade but still not have discovered some of the hidden gems it has to offer. Most people are generally hesitant to try something new, unless they get validation from a friend or read a detailed review from a stranger online.

Townsee, positioned as a city-specific social network, lets users discover their city through pictures and find places recommended by their peers. Almost every new social network needs a growth hack to ‘kickstart’ its user base for network effects to kick in. Townsee seems to have found this through Pokemon Go.

Through the app, users can upload a picture, include the location, add what they liked about the place with relevant hashtags and share it with other users on the platform. As they explore the platform, users can also bookmark posts they like for easy access at a later time.

Brijesh Bharadwaj, Co-founder of Townsee, also added that there is a hidden incentive for people to share their favourite hangout spots.

New experiences get featured on Townsee in sequence. So how cool would it be if you ‘discover’ a place like Pecos or Toit and get social recognition for it?

Townsee was founded by Aksha Kini(25) and Brijesh(25), who had earlier worked together at InMobi for two and a half years as a product manager and a product marketing manager respectively. Brijesh had also started up with a platform for independent music artists called TunePatrol before joining InMobi, while Aksha joined InMobi straight after graduating from college. They were both the youngest on their teams at InMobi and worked on several products together before they decided to build Townsee.

In August 2015, Aksha visited New York and Brijesh went to Thailand. They realized that apart from the main tourist attractions, it was difficult to find other things to do in a city. All the information about the kind of places they wanted to find, such as small jazz bars with interesting acts, quaint stationery stores and cafes to sit and read a book, were buried inside the heads of locals or deep down in blogs on the internet, which were difficult to discover.

So after returning from their trips, Aksha came up with the idea for an app where people could post this information with pictures and Brijesh instantly thought it would work and be useful, so they decided to work on it together.

Before actually developing the app, they decided to look for social validation from their peers. So they formed a Whatsapp group with 20 of their friends and asked them to share their favourite experiences in Bengaluru. They were then surprised to see the results as people shared posts ranging from the National Gallery of Modern Art, to debates about the best masala dosa in Bengaluru, to skate parks that no one knew existed. Soon the Whatsapp group grew from 20 to about 100 people and they realised that they had the social validation they needed.

So on May 26 2016, they launched the first version of their app on the Google PlaysStore and were able to get their ‘early adopters’ onto the platform. The platform grew steadily with more users posting pictures everyday and discovering new places around them.

As a bootstrapped startup with a small team of two, Townsee didn’t have considerable resources to invest in marketing to acquire users. So while they relied on word of mouth and referals, the team saw Niantic’s Pokemon Go exploding worldwide and decided to leverage it for their app.

So in the last week, Townsee has been setting up ‘Pokemon lures’ at popular spots in Bengaluru and sharing the location on their app. Brijesh noted that this strategy has worked out well for them as it engaged their existing users and also helped them reach out to new users, who inadvertently gathered around the ‘Pokemon Go lure’ to understand what the fuss was all about.

Townsee is free to download and use for Android users and the team plans to start monetising once they reach a landmark of 10,000 monthly active users. The app is currently close to the 1,000 install mark. Talking about the revenue model they are planning to try out, Brijesh said,

We will eventually let merchants who own these experiences reach out to influencers on our app with exclusive offers. We will take a cut of that value.

While Townsee is still in its early stages, the app provides an interesting value proposition for city dwellers who are adventurous and want to try out something new. The ability to search based on hashtags, get social validation for your discoveries and also browse and discover interesting experiences add to the USP of the app. Townsee has a small but experienced team which has worked at scale before and their ability to cash in on social phenomena like Pokemon Go increases their chances of success.

As the platform grows, including specific interest areas will make it easier for users to discover things based on their interests. Currently, the app feels like a mixed bag with a wide variety of places and interests clubbed into one feed, which is not necessarily a bad thing and could appeal to some users. But another set of users may be looking for something specific and may want curated feeds. Also introducing an in-app messaging service and other social features could help increase user retention.

It will be interesting to see when Townsee achieves its desired user base and starts monetising their platform and what further features they include to scale the app to different cities, while retaining its flavour.

You can download Townsee here for Android. It is not yet live on iOS.