Kika - why this Chinese startup is struggling to expand in India 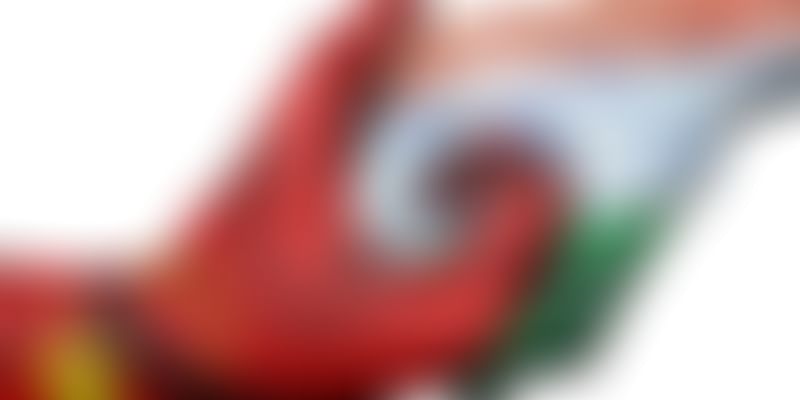 On an average day in an Indian metro, one can spot a few Xiaomi phones, perhaps a Xiaomi battery pack or a Mi band. Xiaomi has brought Chinese startups to the Indian consciousness. What few Indians know is that India too is rising in the Chinese consciousness as a hot new market.

APUS, the Chinese Android app developer, is beginning expansion into India, with the goal of having 80 million users in India by the end of 2016. Avazu, the digital marketing company, has already established a branch in Bengaluru. News Dog, an app developed in Hong Kong particularly for the Indian market, is one of the top news aggregators in India.

While many Chinese companies are keen to explore the billion-person market next door, they also perceive India as a tough environment for expansion. Some investors I interacted with in Beijing and Shanghai were concerned about the slow government, the lack of business transparency, the cultural diversity that makes India feel like many markets, the fragmented data networks that reduce network effects, and the low internet penetration that cripples internet-dependent monetisation strategies.

To learn more about the problems facing young Chinese startups in their expansion to India, I interviewed Ric Zhou, Co-Founder and Head of R&D at Kika. Kika is the one of the most popular independent keyboards. It has over 20 million daily active users, and supports over 60 languages. Kika differentiates itself from other keyboards by offering thousands of emojis, GIFs, and better autocorrect algorithms. Kika has been keen to expand to India, and has already released Hindi and Bengali keyboards. Yet their initial foray into India has left them with the sense that India is a tough market.

Q) What are the major challenges Kika faces in its efforts to expand to India?

There are three major challenges. The first is language. India has so many languages, we had to stop seeing the country as a single market. I didn’t know until we started working on the Hindi keyboard just how many languages India has. When we make an English keyboard, or a Spanish keyboard, we can capture a huge market. It takes even more work to build an Indian keyboard, and we get fewer users from it.

The third problem is the internet. India is still a place where apps are preloaded or installed as opposed to being downloaded from Google Playstore. This is just like five years ago in China. Perhaps this is a short-term issue that will be resolved, but for now, it makes it hard for apps like ours to build a large enough user base.

Again, this is about the language families. Because we had already developed keyboards for languages closely related to Bashkir or Romanian, it is easy for us to adapt our existing algorithms. Indian keyboards require far more work than a dying Romance language!

Q) Have you observed any unique phenomenon amongst Indian users that you have had to take into account in building your autocorrect algorithms for Indian languages?

Q) What is the primary bottleneck in your plans to expand to India?

Monetisation. Since the internet connection and penetration in India isn’t good, we would have to develop a different monetisation strategy for India. Maybe we will need to work with a devices company like Micromax to preload our keyboards. We will have to decide if the Indian market is worth this trouble.

The second bottleneck is we need more linguists of Indian languages. We already have some Indian employees, but we will need to understand Indian languages better to build better algorithms.

Q) Given these bottlenecks, do you have any next steps for your expansion into India?

Indians mostly use the internet in the big cities. We will try to build keyboards for the big cities - Mumbai, Delhi, Bengaluru - though even here there are huge cross-regional differences.

Q) What change do you think needs to take place in India for it to become an easier market for Chinese startups?

The main problem is Indian network carriers need to mature. They are like Chinese carriers 10 years ago. They are focused so much on immediate money and profit, they are not able to see the long-term benefits of lowering the cost of traffic, and monetising on internet services. People in China used to dislike their telecom providers like Indians do. When the Chinese carrier mindset changed towards advertising and services, they began to earn more, and be better liked. If this change happens in India, a lot of doors will open for Chinese and Indian startups too.