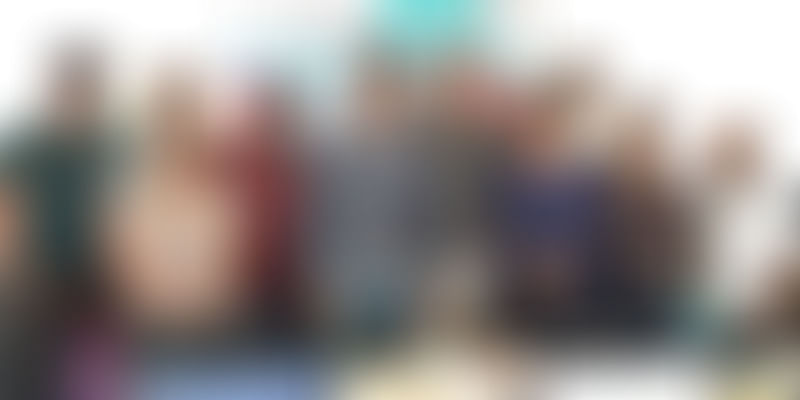 Amit Munjal (39) found his true calling when he was spending his holidays on a remote island in Hawaii. When he suddenly fell ill, he found it difficult to find a doctor in the vicinity, but a mere video consultation service saved his time and money. This sparked the idea of launching similar “On Demand” preventive and curative healthcare services in India.

With an MBA from Indiana University-Bloomington, Amit has more than 15 years of experience in investment banking and management consulting. He is also a Charter Member of TiE, Delhi and the member of Los Angeles Chapter of the CFA Institute.

In January 2015, he returned to India and started working on the idea. Within a few months, he had completed the alpha and beta testing, and launched Doctor Insta in December last year. Gurgaon-based Doctor Insta is a “Video-Medicine” consultation platform that provides health consultations online through calls, videos and chats.

We have tight QC/QA policies to hire only high quality doctors. Our selection rate is 3 per cent. We have empaneled 40 doctors and each doctor can do 50 consultations a day.” says Amit .

Available in both iOS and Android, the Doctor Insta app allows patients to book an appointment in different specialty areas according to their preferences like general physician, pediatrics, psychology, diet and nutrition, gynecology, dermatology, diabetes and sexology. Prescriptions are sent via email as well as through the App Patient Profile. A follow up consultation is also provided free of cost within seven days of the initial appointment.

They have integrated a third party SDK (software development kit) for video calling. The HD video calling allows doctors to listen, engage and diagnose the issues of patients and provide an effective treatment plan. The Doctor Insta app currently has over 300,000 downloads across both android and iOS platforms.

By the end of this year, Doctor Insta aims to on-board at least one million users for telemedicine services in the B2B2C spectrum. While in the B2C format, the user pays a standard fee to a specialist doctor on a per consultation, in B2B2C, employers who use Doctor Insta’s services pay a small PMPM (per member per month) fee so employees can consult a doctor/caregiver at a discounted price.

Doctor Insta has received Pre- Series A funding of $500,000 from an entrepreneur and angel investor Rishi Parti and BrahmaX Ventures. The funds have been used in developing the product, hiring the management and technology teams, brand promotion and managing operations.

Doctor Insta is also planning to seek new funding to the tune of $1-2 million for further growth by next quarter. The new funds will likely be used in marketing, promotional activities and to build a robust business development team across the top eight metros in India.

The promotional campains of Doctor Insta are predominantly carried out through Facebook, LinkedIn, Twitter and Viber. Moreover the startup is also exploring various offline channels such as radio campaigns, print ads and corporate activities. Currently, it has a team of 60 employees.

By the end of this year, Doctor Insta hopes to have 250 doctors to consult five million consumers. It is also planning to create more than 500 emergency medical consultancy kiosks across eight metros to provide quality healthcare in public places.

India’s telemedicine market which has been growing at a CAGR of over 20 per cent is expected to cross $32 million by 2020 from the current value of $15 million, revealed a study by ASSOCHAM.

“With limited resources and much of the population living in remote, rural areas (68 per cent), telemedicine has the potential to revolutionise the delivery of healthcare in India,” said D.S. Rawat, secretary general of ASSOCHAM.

For rural areas, Doctor Insta will collaborate with companies running e-Kiosks where users need to pay a standard fee of Rs. 100-150 per consultation with doctors.

The entire healthcare market in India is estimated to be worth around $80 billion, of which the online market is estimated to grow to around $42 billion in the coming years. Currently around four billion transactions happen in the healthcare sector every year In India.