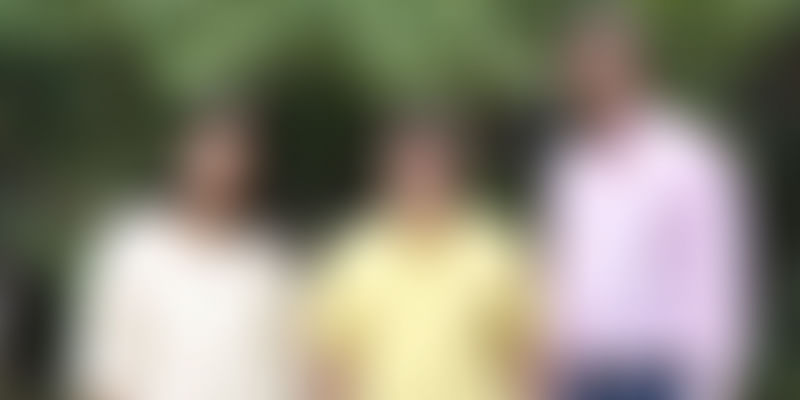 Completely focused on the B2C model until it faced challenges in raising funds, Eduwizards has now diversified into B2B tutoring specifically for the US market. After having raised pre-Series A funding from the Dalmia family in late 2014, the Noida- and New Jersey-based company is now in talks with multiple investors for Series A funding.

“At Eduwizards we love technology and we started building online testing technology which we could license to Indian coaching centres in a B2B model as well as offer to students,” says Ashish Sirohi, Co-founder and CEO, Eduwizards. An alumnus of Columbia University, New York, he has previously run his own test preparation company (in offline mode) for over 10 years, focusing on group tutoring for students in the New York area.

After returning to India in 2004, he worked with TutorVista and Career Launcher. He then began the concept of Eduwizards as an experimental online tutoring platform for the US market in late 2007.

They grew it slowly, keeping costs under control while seeking funds to accelerate growth. In August 2015, they built their India website with other edtech products including whiteboard with voice, apps for NCERT (National Council of Educational Research and Training) solutions, and test prep and adaptive assessment technology. The startup follows the B2B model only for US market and covered around 70 schools and colleges so far.

Eduwizards had raised a small amount from an angel investor and was growing at a small scale until it raised large funds in October 2014. Since the launch of the India website, the company has been growing at a revenue of 30 per cent month-over-month.

In India, one of their biggest early challenges was to build a whiteboard that would carry crystal clear voices at speeds as low as 100 kbps and later be incorporated into an app as well.

A marketplace for students and tutors

Eduwizards provides a marketplace platform for students to connect with tutors. Tutors submit detailed information and after review they can be approved to be live and searchable. They charge on the basis of the levels of the subjects they teach, and Eduwizards keeps about 20 per cent of the tutors’ fees.

However, all their online testing and practice exams are free for students who take regular Eduwizards tutoring. They have apps for NCERT solutions for all classes and subjects, practice math and science tests for various classes, as well as for medical and engineering entrance exams.

"In India, many edtech companies mention ‘adaptive testing’ or ‘adaptive assessment’ on their websites, but globally, adaptive assessment is based on an advanced technology called IRT. We have brought this international technology to India by developing it in-house, and now all our online testing will be IRT,” says Ashish.

The evolution of online tutoring in India

A report by the National Sample Survey Office (NSSO) revealed that 20 percent of Indians pursuing degree courses and 13 percent pursuing post-graduate courses and above avail private tuition. According to various resources, tutoring as an industry is estimated to be $11 billion, and, growing 11–12 per cent YOY, is expected to touch $16 billion by 2017.

Players in the online tutorial space include Vedantu, catering only to Indian users and operating on session-based commissions from teachers; FlipClass, with over 2,000 home tutors in both Bengaluru and Hyderabad; Vidyanext, making the tutoring experience better by equipping both students and tutors with tablet devices; and InstaEDU, now acquired by Chegg, which hires only college students as tutors and is restricted to formal school-level subjects.

At present, Eduwizards provides app-based practice tests through the medium of CD/DVD and NCERT solutions, for which they source content from freelance experts. At the end of this month, Eduwizards is launching a paid live-tutor app for both American and Indian students which will come equipped with whiteboard and voice technology.