How to embrace challenges and let victory chase you 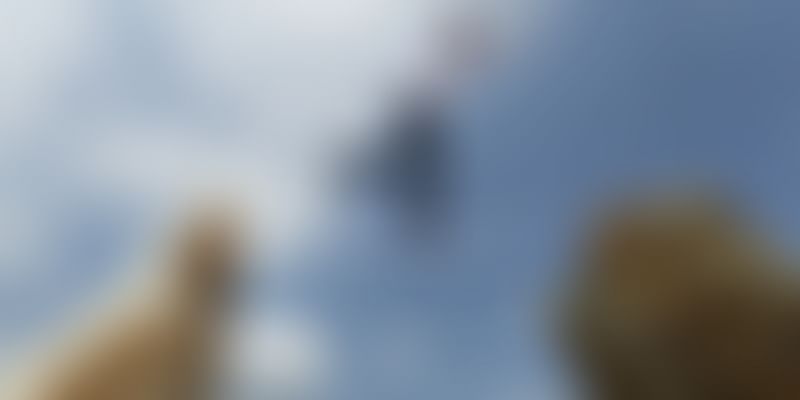 It doesn't matter where you began; what's important is whether you’ve finalised the destination or not. In 1945, Sam Walton borrowed a sum of US$20,000 to pursue his business dreams with a small retail store in Newport, Arkansas. This amount might be considered meagre today and the store perhaps too small, but his dreams were amazingly big. Essentially, it was not the money or store that led him to establish the world’s largest organisation; it was the dream that converted the retired army man into a business champion. Now more than 20 years after Sam Walton’s death, Wal-Mart is still the top company in the world in terms of annual revenue and many great business leaders have followed in Walton’s footsteps.

Business barrons such as Steve Jobs, Larry Page, and Mark Zuckerberg started their journeys from a small base. They were not born billionaires, but they were all born dreamers. Despite limited resources, they didn’t stop but rather surpassed all constraints and remained firm in their desire to convert dreams into big corporates. Today, these great business leaders are synonymous with success, growth, and achievement. They are the heroes, role models, and ideal champions of aspiring entrepreneurs.

In economics, higher risks are often associated with higher profits. Business leaders who accept difficult challenges view every one of them as an opportunity. They make efforts to convert risks into potential business concepts while losers prefer to take a U-turn. Away from the conventional business approaches and strategies, smart leaders deliver strategic solutions to address every problem, big or small. Though many times these challenges take the form of a crisis, a leader greets the pressure with a positive mindset and controlled behaviour. Leadership is not about loud governance or loud actions, but rather about good governance and right actions.

After the death of Steve Jobs in 2011, Tim Cook had the hard task of sustaining the Apple brand. People were doubtful about the future of the world’s largest technology company. Even the trade pundits on Wall Street had begun to question the company’s long-run viability, but the highly optimistic team of Cook were engaged in making plans and strategies. They didn’t stop but continued with Job’s vision and Cook’s commitment, and finally in November 2014 Apple’s market capitalisation had reached almost $698 billion – the highest-ever at that time in history. Cook once again proved that pessimists tend to recount past failures while optimists discuss potential opportunities. Soon after this, Apple Watch became one of the best-selling wearable devices in 2015.

Respect your dreams; they are born to lead you into the future

One should have the drive to lead. People who wait for opportunities oftentimes encounter recurrent failures. But we are all allowed to make mistakes because we all have the power to correct them for a better tomorrow. Leaders should be fast at taking initiative; they must be inherently genuine without any deception around them; and they must inspire change. Due to their ability to connect with others and admit their mistakes, leaders successfully fetch trust and eventually motivate their team with knowledge, experience, and determination. They re-evaluate the past events, re-control the present and re-examine the future scenario.

Keep on moving, keep on shining!

In fact, leaders don't choose between different sets of organisational goals, but rather they choose different routes to pursue each successfully. To prevent problems, they don’t postpone plans but rather pre-pone certain actions. Moreover, the unflinching support of a team exponentially increases the chances of achieving targets within the stipulated time and at lower business risks. Therefore, it doesn't matter how far the goal is. “If you can believe it, you can achieve it.” This is a philosophy of leadership and a mantra of successful leaders. So start exploring the profitable opportunities in front of you and discover the leader that lives in you. Soon, the victory will chase you too.