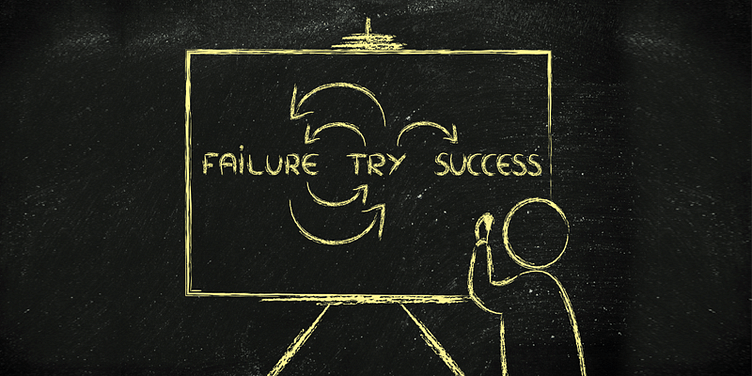 I always wanted to be an entrepreneur, so while preparing for my MBA entrance exams, I kickstarted a magazine called Managing Minds. It was primarily targeted at MBA aspirants from Tier II and III cities who wanted to think beyond IIMs, but had no source of information to do so. Managing Minds was an attempt to bridge the gap. Though the magazine survived for six months, during which we moved from magazine to tabloid format, we eventually had to shut it down. Initially, I was disheartened, but this experience gave me unmatched learnings that helped me in the successful operation of Ghoomophiro. I am penning down a few of these learnings as I feel they are common for all startups and can be leveraged by other founders before they venture into the startup ecosystem.

Validation of product idea. It is very important to validate the idea you are working on with the end users. Just because I am facing a problem and I see a gap doesn’t mean the problem will be solved by the product idea I have. This is one of the biggest mistakes I made. After I circulated Managing Minds amongst students, I realised there are many similar magazines in the market and students are not actually interested in them. The impact that the magazine was supposed to create was not as I expected and I landed up wasting a good amount of my savings.

During this period I realised I should have checked with the target audience itself on the additions they actually needed. Some research on the upcoming product would have been helpful.

Entrepreneurial team. Any startup can run successfully only if they have a team that is aligned with the startup vision. In the absence of the same, the entire startup castle crumbles. When I started up, I hired the best folks from the industry by paying them a hefty salary, but I forgot to check on their alignment. I did not see that for them, it was just another job and that they did not share the passion that I carried for the magazine. We all started on a good note, but unfortunately, they could not catch up with the startup environment, and negative behaviour from one employee had a ripple effect on the rest of them. We started disagreeing on every decision and this impacted the entire working style.

Be aggressive. Most of the time, people think that being aggressive is not a great idea for startups, and this was what I used to think too. But one needs to realise that it is your product, and its success lies in the sales. For Managing Minds, I chose a different approach, wherein I started free distribution of the magazine for it to gain visibility and become popular amongst students. I did not push on the initial sales, as I assumed that visibility of the product was more important. I must admit that I was wrong here, as, eventually, sales numbers drive the success of a startup. As a founder, the onus is on you to be pushy and aggressive.

Reviewing financials timely. As stated above, no startup can run with definite sales, and it is very important to strictly monitor the financials, especially when you are a bootstrapped startup. I had initially splurged money on non-subscribed users, rather than concentrating on aligning them towards the product. Three months later, I realised I had actually wasted a good amount on publication and courier charges of extra copies to non-subscribed users.

Sustain a long-term vision. I realised the importance of having a sustainable vision after burning my hands with Managing Minds. This should be taken into account while developing the product itself. I ignored the fact that the coming era will be completely digitised, and this will impact the education sector too. I paid the cost for this oversight by having to shut down the startup, as most of the MBA entrances became online, and my offline print magazine lost its significance. Had I taken this scenario into consideration, maybe I would have come up with an online product as well.

It is very important to realise how your startup will add value to the current ecosystem and it relevance five years down the line. To be successful, founders should discuss their vision with like-minded people, and initiate a few brainstorming sessions for the sustainable vision of the product. It is good to critically analyse the product at the kick-off phase rather than regretting later.

Distribute your time. It is important to build the product, but it is equally important to give due time to other aspects of your startup, like marketing and sales. Unless you spread the word aggressively yourself, no one else will. In the initial days, the more you talk about the product, the better your growth graph will be.

Though I was unsuccessful here, this stint has taught me important lessons. My biggest takeaway was to have a long-term sustainable goal. This journey made me evolve a lot as a person and made me calmer, more decisive, stronger, and very empathetic.