India must seize the chance as 107 Nobel Laureates come out in support of GM crops, tell NGOs like Greenpeace to stop negative campaigns 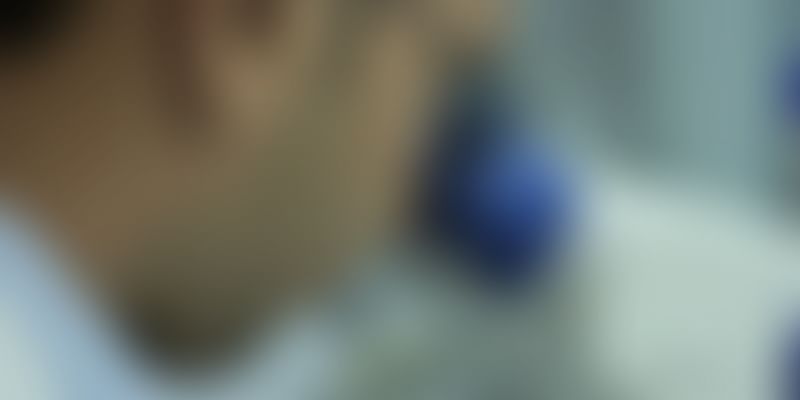 Young Indian talent is turning away from agricultural biotechnology and companies are closing down or pruning research departments as they do not see approvals for cultivation of genetically-modified (GM) seeds ─ or returns on investments made in developing them ─ within sight.

DuPont has laid off people at its knowledge centre in Hyderabad. BASF, a company based in Germany cut down staff earlier this year. A person who tracks the industry said 15 people at its facility in Tamil Nadu were told to go. A company executive attributed the downsizing to a global portfolio review. In India, BASF was engaged in improving rice yields with GM technology. Monsanto, which has more than a 90 percent share of the country’s market for insecticidal Bt cotton technology, shed staff, blaming a global downturn in commodity prices. Mahyco India, an Indian pioneer in the field, also wielded the axe to cut costs.

Currently 16 GM crops including maize, cotton, soybean and sugarcane are undergoing trials for assessment of risks to humans, animals and the environment. It is difficult to make a wise guess as to when farmers will be allowed to cultivate them.

India’s first ─ and only –GM crop, Bt cotton, was approved for cultivation in 2002. Since then the country’s cotton output has increased nearly four-fold from 1.61 billion kg to 6 billion kg. This is because Bt cotton plants are implanted with a toxic gene obtained from a soil bacterium, which kills bollworms, a deadly pest. It is a protection, not production, gene, but yields have improved because pest damage is minimized. Insecticide usage for bollworm control has fallen from 9,410 tonnes in 2001 to 222 tonnes in 2011. From being an importer, India has turned exporter. India now has the world’s largest Bt cotton acreage.

But the lead has not been followed. Leftists and those on the extreme right are opposed to GM technology for ideological reasons. Leftists believe it will make Indian farmers dependent on foreign, that is, American agri-business corporations. They do not realize that Indian seed companies own high-yielding hybrids which farmers prefer. It is in these hybrids that the insecticidal gene is placed. And India can waive off patents if the technology is withheld or priced very high. Bt cotton, in fact, is under price control.

The swadeshi brigade opposes GM technology because, well, it is not swadeshi, little realising that Indian public sector institutes are actively engaged in the research. In fact, GM mustard called Dhara Mustard Hybrid-11 (DMH-11) which is currently awaiting regulatory approval, has been developed by a Delhi University team lead by its former vice-chancellor, the geneticist Deepak Pental. And there are the environmental fundamentalists, like Greenpeace, which oppose the technology because they want pristine agriculture.

Because of their opposition, India is a tough place for agri-biotechnology companies. Bihar’s Chief Minister Nitish Kumar will not allow GM trials. Kerala is opposed. Maharashtra suspended trials after Devendra Fadnavis took over as chief minister. Andhra used to be supportive but not anymore. Telangana has given the thumbs down. Rajasthan turned hostile after the BJP’s Vasundhara Raje formed government. The same is the case with Haryana. Gujarat allows trials only of GM cotton. Delhi permits trials but has little agriculture. Punjab is the only big state which is open.

These leaders must listen to the one hundred and seven Nobel laureates who signed a letter on June 30 calling on Greenpeace, a multinational environmental NGO, and its supporters to ‘cease and desist’ in their campaign against GM crops and urging governments to reject opposition to Vitamin-A fortified GM rice in particular and GM crops in general.

The signatories say ‘scientific and regulatory agencies around the world have repeatedly and consistently found crops and foods improved through biotechnology to be as safe as, if not safer than those derived from any other method of production.’

So rigorous are the bio-safety trials of GM crops that conventionally-bred foods like peanuts, to which some people are allergic, may have been forbidden if such tests were mandatory.

The Nobel Prize winners say ‘there has never been a single confirmed case of a negative health outcome for humans or animals from their consumption. Their environmental impacts have been shown repeatedly to be less damaging to the environment, and a boon to global biodiversity.’ They have vowed ‘to do everything in their power to oppose Greenpeace’ actions and accelerate the access of farmers to all the tools of modern biology, especially seeds improved through biotechnology.’

Indian regulators must seize the opportunity and promote GM crops. India needs them to feed a growing population and cope with climate change by building tolerance in crops to salinity and drought. Agri-biotechnology is a promising field for entrepreneurs not only to do research themselves, but to provide services to companies engaged in it. In 2015, 178.6 million hectares were planted with GM crops in 28 countries in 2015. The trend is a friend, traders in stock markets say. India must join the pack.