With GoJavas, will Snapdeal snap a deal? 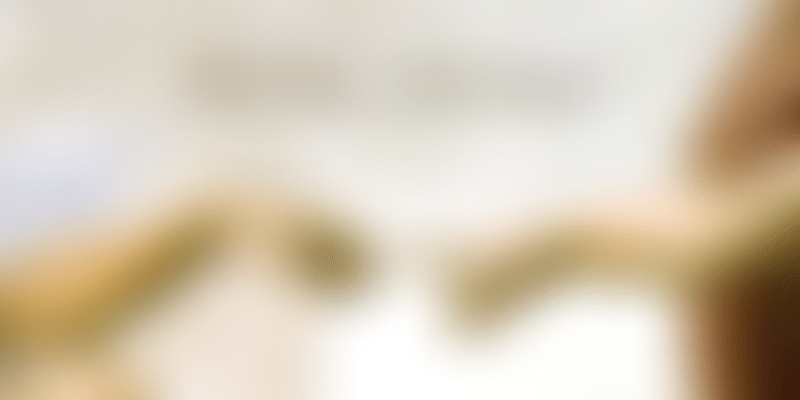 Imagine that just when you were struggling with your financials, whatever hope you had in stocks also crashed. This is pretty much the situation Snapdeal seems to be in right now.

For around a year, Snapdeal has been a stakeholder in Delhi-based logistics company GoJavas, with at least a $20 million investment. Unlike Flipkart and Amazon, Snapdeal had no logistics arm. But things have changed a lot in the last few days, and Snapdeal might just lose the amount they had invested in GoJavas.

Things changed dramatically for Snapdeal recently, when an investigation that Rocket Internet had commissioned on the promoters of Jabong brought to light some serious anomalies. Among other things, the PricewaterhouseCoopers report – named Project Flush – focused on how GoJavas was created, and how Jabong Co-founder Praveen Sinha, along with US-based serial entrepreneur Ashish Choudhary, was involved in stakes being transferred first to an entity called Quickdel Logistics, and then partly to Snapdeal.

But how did Snapdeal get involved? Snapdeal, after all, had stayed away for long from the business of logistics as it considered itself a strict marketplace. All that changed in 2014 when Snapdeal realised it would need a logistics play to stay competitive against rivals Flipkart and Amazon, who have their own captive logistics operations. In early-2015, The Gurgaon-based company picked up a stake in GoJavas, and around the same time set up its in-house logistics arm Vulcan Express.

Vulcan started out as a warehouse manager, as Snapdeal started its supply-chain ops by launching fulfilment centres in 2014. However, Vulcan now takes care of last-mile delivery as well. The idea, according to multiple sources, was that Vulcan and GoJavas would be merged. It was when the talks were on that the details of the PwC audit into GoJavas leaked out. The talks are now in limbo, according to multiple sources that have direct knowledge of the talks.

Snapdeal declined to comment on any questions related to GoJavas. However, YourStory talked to multiple sources and industry experts to dig into the potential future for the Snapdeal-GoJavas deal.

To know the future, learn the past

Even before Flipkart began Ekart, Javas (now GoJavas) had been conceptualised and implemented. It started as the logistics arm of Jabong’s B2C entity Xerion Retail, but was then transferred to Quickdel in 2013. In 2015, Praveen transferred 10 percent of his equity in Quickdel to Snapdeal, effectively making Snapdeal the majority stakeholder. However, the close ties that Jabong’s then senior management had with GoJavas is what Rocket Internet, Jabong’s backer, got PwC to investigate.

For details, read: I have done nothing wrong: Praveen Sinha, former MD of Jabong, on GoJavas transfer

Satish Meena, research analyst, Forrester, says, “There are too many related-party transactions and logical explanations are available for only a few of them. Most of them are due to lack of processes set by the company or intentional to benefit the related parties. The bigger challenge is lack of governance and process even in a well-funded company like Jabong and the way they avoided close scrutiny from the Rocket Internet team and also Snapdeal, which invested for a significant stake. This certainly raises questions about the lack of due diligence by investors while investing.”

How Snapdeal entered the picture

At the inception of Javas, Vijay Ghadge from Jabong was hired to build the operations. A source close to the developments from an early stage says, “With GoJavas, Praveen took a backseat as he was running Jabong actively. Vijay ran everything on the ground, but Ashish was the one who did investor discussions.” Vijay declined to comment for this story.

On condition of anonymity, this person -who has worked directly with them- told YourStory:

YourStory could not verify this with the parties concerned as they declined to comment.

According to the Project Flush report, in 2015, Quickdel increased its authorised share capital and Praveen sold 10 percent of his stake in Quickdel to Snapdeal. [Ashish Choudhary and Randhir Singh sold 6.23 percent and 3.82 percent respectively to Jasper Infotech, seemingly at the same time, thus making Jasper Infotech a 20 percent owner of Quickdel].

Aditya Shankar, Lead-Partner (India)- Dispute Resolution at corporate law advisory firm Kaden Boriss, says, “The entire surreptitious transfer of shares belonging to the trademark GoJavas, owned by Jabong through a third-party transfer of shares and its subsequent transfer of shares/ownership in favour of Snapdeal, is not only improper, but highlights the urgent need to look into the corporate-governance mechanism of e-commerce companies.”

Snapdeal saw a lot of potential in terms of leveraging GoJavas as a significant logistics infrastructure, which they needed to support themselves. Flipkart and Amazon already had their own logistics arms. Snapdeal did not want, say, Ekart to buy GoJavas or Delhivery, because then there would be no logistics capacity left in the market.

What can Snapdeal do now?

Well, that depends a lot on what Rocket Internet does now. Whether Rocket Internet will take action against Quickdel or its promoters legally is what matters. Considering the murkiness that has emerged, it will be difficult for Snapdeal to acquire GoJavas without the issues raised by the Project Flush report getting resolved. If the merger doesn’t happen, what will happen to GoJavas? If it cannot sustain itself, Snapdeal will have lost its investment of around $20 million in the company.

This is more bad news for Snapdeal. The company is losing out to Amazon on market share and is reportedly struggling with its next round of fund-raising. Flipkart and Amazon have proved that having control over logistics can be a key differentiator in service. Flipkart’s logistics arm Ekart is arguably the market leader in logistics now – especially since it started catering to other e-commerce companies and offline players. In March 2015, Amazon launched Amazon Transportation Services Private Limited to enable faster last-mile delivery.

For Snapdeal, the only winning solution would be acquiring GoJavas, and according to YourStory sources, that is still a possibility. The source quoted earlier says that Vijay might help merge Vulcan Express and GoJavas. He adds,

Snapdeal can also protect its investment in GoJavas, but need not pay rich valuation for the shareholders. The best hope right now for GoJavas is a merger with small cash by Snapdeal.