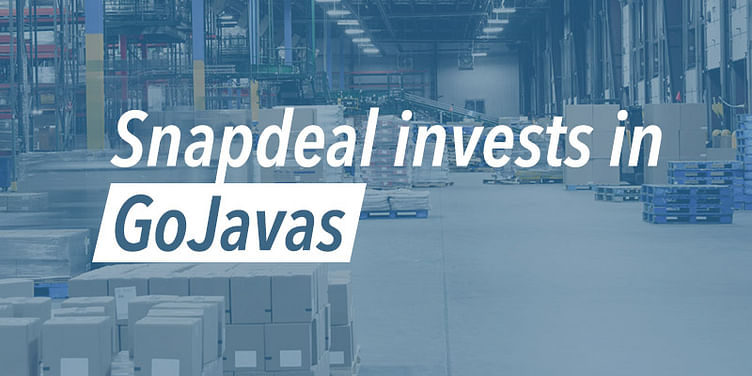 According to some media houses, Snapdeal has reportedly acquired GoJavas for Rs 200 crore. However the company has denied such reports. The investment will spruce-up Snapdeal’s supply chain and logistics capabilities.

Confirming the investment, a spokesperson for Snapdeal said, “We believe that supply chain is the backbone of e-commerce and for e-commerce companies to be successful it is important to develop this ecosystem. We have thus, entered into a strategic partnership with GoJavas to strengthen our supply chain infrastructure for the future. This is a minority investment by Snapdeal.”

The company which had made its debut in TV commerce recently, claims to have over 100,000 sellers on its platform. The investment in GoJavas has been announced amidst speculation about Snapdeal being in advance talks to acquire Freecharge and Komli Media.

Flipkart and Amazon have been building their own logistics arms to have better control on delivery times and overall experience.

Currently, GoJavas serves around 30,000 consumers across 85 cities on a daily basis. Its client base includes e-commerce players like Jabong, Fabfurnish, Lenskart, Healthkart, and Yepme among several others.

According to reports, GoJavas has been looking for an investor for some time but was not to keen on getting acquired as they didn’t want to lose out on other e-commerce clients and market share.

Earlier this month Flipkart acquired Bangalore-based global mobile ad network AdIQuity for an undisclosed amount. The move is in tune with Flipkart’s recent ambition to generate revenue by selling online advertising and brand consulting to its seller base.

Flipkart and Snapdeal both are on an acquisition spree this year and mobile is topping their radar as both the companies see themselves as m-commerce entities in the future.