How will the GST impact your startup business? 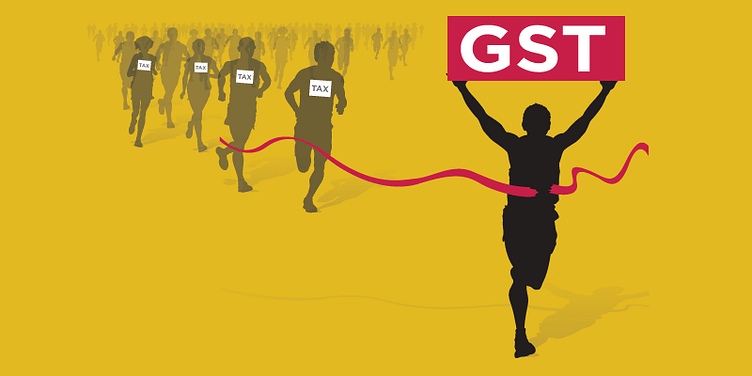 The Goods and Services Tax (GST) Bill, introduced in the Lok Sabha in December, 2014, is finally expected to be passed in the upcoming monsoon session, to be held from July 18. A decision on GST has been held off for a long time due to the Opposition’s disagreement in the Rajya Sabha, where the ruling government has no majority.

A huge change like GST requires a constitutional amendment, which requires a bill to passed in both houses of Parliament.

The biggest indirect tax reform since 1947, GST bill is expected to bring about an economic integration of the Indian economy. GST will help consolidate and streamline the process of indirect taxation and make it easier and more effective. The tax payers will pay one consolidated tax instead of the plethora of taxes including State Value-Added Tax (VAT), Central Excise, Service Tax, Entry Tax or Octroi and a few other indirect taxes.

“The challenges faced due to a complicated tax system on business transactions has been debated for a long time,” said R Narayan, Founder and CEO, Power 2SME. This tax will be levied on manufacture, sale and consumption of goods as well as services at the Central and State government levels. “The distinction between Goods and Services will be reduced gradually, thereby making tax compliances easier,” he added. Most of the developed countries use this form of taxation for ease and convenience and to avoid double taxation.

GST would be payable on price actually paid or payable, termed as "transaction value", which will include packing cost, commission, and all other expenses incurred for sales. This tax will be payable at the final point of the consumption. The GST will have two components – the Central GST and the State GST, thus, empowering both the State and Central government to legislate and administer their respective taxes.

Except the Tamil Nadu government, which believes that this bill will take away the autonomy of the State government, all other States are in support of the bill.

Why are startups and SMEs so excited about GST?

1.   Ease of starting business: Any new business needs to have a VAT registration from sales tax department. A business operating in many States has to face a lot of issues regarding the different procedures and fees in each state. GST will bring about a uniformity in process and centralised registration that will make starting business and expanding in different States much simpler.

2.   Higher exemptions to new businesses: As per the current structure, any business with a turnover of more than Rs five lakh has to get VAT registration and pay VAT. GST will make this limit higher, to upto Rs 10 lakh and, further to it, businesses with turnover between Rs 10 and 50 lakh will be taxed at a lower rates. This will bring respite from tax burdens to newly established businesses.

3.   Simple taxation: Currently, a startup spends a lot of time and energy to manage the various taxes at various points. Adhering to different regulations at different States make the process very complex. GST will simplify the process by integrating all taxes, making the process of paying tax simpler.

5.  Reduction in logistics cost and time across States: Many transport vehicles get delayed during movement across States due to small border tax and checkpost issues. Interstate movement will become cheaper and less time consuming, as these taxes will be eliminated. “The whole Indian market opens up for manufacturers as interstate supply becomes tax-neutral,” explained Narayan. This will also bring down costs associated with maintaining high stocks, as there will be undisrupted movement of goods. As per a CRISIL analysis, GST can reduce logistics costs of companies producing non-bulk goods (comprising all goods besides the primary bulk commodities transported by railways - coal, iron ore, cement, steel, food grains, fertilisers) by as much as 20 percent.

GST will boost the GDP. “By eliminating the cascading effect of multiple Central and State taxes, GST would reduce the cost of doing business and increase profitability, which in turn, would attract investments and ultimately help GDP growth,” the report stated.

How does GST reduce the cost of doing business? Unlike VAT and service tax, GST is essentially a tax on value addition at each stage, and levied at point of sale and not purchase. This means that the consumer bears the GST charged by only the last dealer in the supply chain, thus making it cheaper for the consumer and increasing the profitability of his business.

Secondly, there are various other taxes levied by the Central and State government on production, manufacture and distributive trade, where no set-off is available in the form of input tax credit. These taxes accumulate and lead to increasing the cost of final product which the consumer has to bear. GST subsumes all these taxes which are set off at each stage starting from producer and ending at the retailer, thus easing the burden on final consumer.

GST will assist in bringing down fiscal deficit by boosting tax collection and simplifying the tax regime, which is expected to bring about better compliance.

“The impact on fiscal deficit might be negative in short term as States are expecting a dip in revenues, but GST will definitely bring down the fiscal deficit over a period of time,” says Rahul Agarwalla, Senior Consultant at Taxmantra.

Thus, a win-win situation both for the government and the tax payers, a situation quite unheard of.

Critics of GST argue that implementation of this tax will lead to losing the fiscal autonomy of the States and cause permanent revenue loss. For a manufacturing State like Tamil Nadu, if taxes are levied at the point of purchase (point of destination) and not on point of sale (point of origin), it can lead to permanent losses close to the tune of Rs 9,270 crore. However, the government has offered to pay compensations to States for the losses borne by them for a transition period.

“Also, the government could not bring complete amendment in the bill. The separate State and Central GST system will not completely eliminate the irregular and double taxation problem and only bring it down,” said Rahul, adding, “The States will be presenting their policies in the upcoming monsoon session, thus it remains to be seen how uniform these policies will turn out to be”.