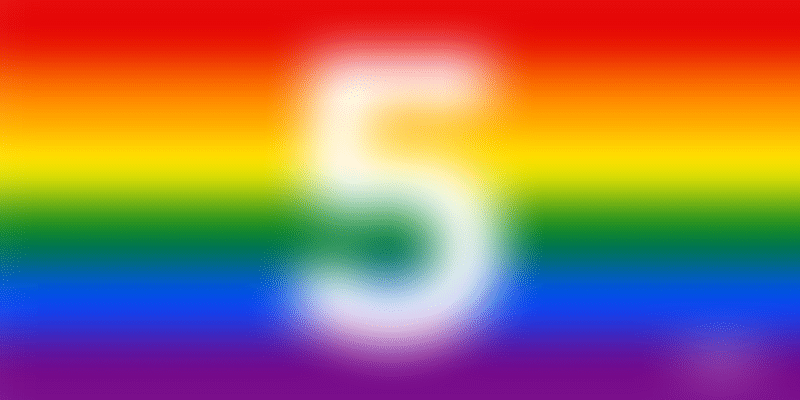 Heads turn, faces cringe and feet shuffle as X walks by in feigned confidence. She knows that conversation stills as she grows closer to the podium. She knows that there are a hundred fingers pointing her direction, and she knows that the room is waiting for her to falter, make one mistake, miss one step – anything to prove that she can’t do what they do.

So she does the one thing they never expect – she acts normal.

This isn’t a work of fiction or an exaggerated plea of a writer’s mind. This is what people belonging to the LGBT Community are subjected to when they leave their forced corners and attempt to take the centre-stage. They are ostracised by almost every branch of society because they weren’t made the ‘normal way’.

As a consequence, when the doctor reveals the ‘deformity’ of a transgender baby’s body to its parents in the delivery room, many don’t make it to their rightful homes. Those families who have too much love in their hearts to give them up are deemed official outcasts in the society and neighbourhood. Other children are forbidden to acknowledge the presence of ‘those weird children’ two houses away.

Living in a society that, in all its black and white decadence, refuses to recognise a third gender, we have been conditioned to avert our eyes when we see such a person walk up to us. This ‘demonisation’ of anyone belonging to the LGBT Community is what has collectively broken the sacred seal of unity and humanity, that all of literature and history have emphasised over and over again.

But times have changed. We now have only three out of ten walk the other way when a transgender enters the vicinity. We have finely opened up some doors to education and employment to this underwhelmed community that we have spent so many years wronging. A few days ago, the world woke up to the news of Pakistan making marriage to a transgender ‘legal’ under Islamic Law. For a country that has often being condemned for being ‘regressive’, it could teach us a thing or two about having a mindset that matches up to the century we inhabit.

As Pride Walks break out across the globe and greater numbers march in favour of this Community, we celebrate the talent of some of its individuals who have managed to ride the wave of intolerance and capture the limelight by doing some exemplary things.

India got its first trans-woman Principal, when Manobi decided to take office at Krishnagar Women’s College in West Bengal on 9th June, 2015. The news created quite a stir among the older and younger generations respectively and topped the ‘trending’ lists for good number of days. Manobi’s appointment resonated the age old saying that knowledge knows no bounds – and definitely no gender.

“A lot of these people don’t know about us, have been always asked to treat the ‘other’ with suspicion. So I thought, I should at least help them understand,” – Manobi

Local politics took a turn for the better in West Bengal again when the control of the poll-booths was opened up to the third gender. Riya Sarkar, 29, became the first transgender person in India to preside over a polling booth- number 260 in South City International School. Sarkar was shortlisted among the 25 people from the transgender community to be elected as a Poll Officer by Smita Pandey, the District Electoral Officer.

“She (Pandey) said I had to do this for my community. She felt if more transwomen like me come forward, there will be more acceptance,” Sarkar said (as stated in an article in Indian Express).

Shabnam Mausi was one of the first members of the Transgender Community to defy all norms, with her sight set on mainstream politics. An elected member of the Madhya Pradesh State Legislative Assembly (1998-2003), she became India’s first transgender person to be elected to the public office of an MLA. Fluent in 12 languages, Shabnam mausi has inspired an entire generation of her community to be involved in local and national politics and fights to break their social stigma, so that they do not have to turn to the narrow avenue open to them as bar-dancers, prostitutes and beggars. “I have grown up being called a hijra. That word was like a thorn which kept piercing me,” she has been quoted saying.

On its 68th Independence Day, India decided to fight gender bias by appointing Padmini Prakash, India’s first transgender person to become a Television News Anchor. Before joining the ‘Lotus News Channel’, a famously watched channel in Coimbatore, Padmini had spent many days working initially as a dancer and then in Tamil soap-opera.

“This would change the way people think about transgenders. We have to keep proving ourselves. I’m so happy as if I’ve touched the peak of the world,” – Padmini Prakash

Journalist, writer, actor, activist – Kalki has done it all. Facing the veracities of prejudice in almost every avenue of a professional society, Kalki decided that they way to be successful was not to be weighed down by her environment, but rather to pick up the tricks of each trade for something bigger and better. She thus became India’s first transgender entrepreneur. In 2008, she established the ‘Sahodari Foundation’, an organisation that advocates for transgender people in India.

“Transwomen are no Goddess, yet we are divas. Born in one gender and transitioning into the other gender. Otherwise we are God’s children like anyone else. Same feelings same pinch,” says Kalki in an interview with India times.