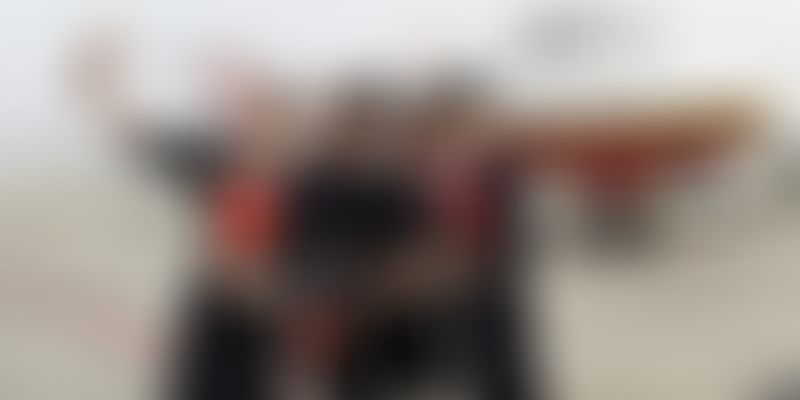 Remember the joke mocking the weak durability of 'Made in China'products and that The Great Wall of China is the only one still prevalent? Well, China’s maiden Regional Jet Airliner ARJ21-700 is here to break the shackles of all stereotypes regarding China products.

Painted in red and white,this 100-foot-aviation ship took to the skies last week, travelling from the Chengdu Shuangliu International Airport in Chengdu, to Shanghai city. The flight’s takeoff saw a huge turnout of crowd, and enjoyed a healthy media presence. The flight was designed and manufactured by Commercial Aircraft Corporation of China (COMAC) and operated by Chengdu Airlines. Advanced Regional Jet for the 21st century (ARJ21) is also the country’s first domestically-produced commercial aircraft.

Our final goal is to achieve business and market success. The operation has entered a completely new stage. We won a battle, but there is still a long way to go.

A loyal customer of Airbus A320s, Chengdu Airlines was the first airlines to avail of this new aircraft ARJ21-700. Reports say that they have ordered for 30 ARJ21-700s, which they will use toconnect Chengdu and other central and western Chinese cities.

Initially proposed in 2002, the first flights were planned for commercial use in 2007. However, the programme was plagued with numerous problems, and the first of the ARJ21s to roll off the assembly line was ARJ21-919, which hit the skies last November. The ARJ21-700 is widely considered to be the pathfinder for the C919.

Being relatively new to aviation technology, Yang Shuanchang, a senior official at the Ministry of Industry and Information Technology, confessed that it took thrice the requisite amount of time required to test the aircraft.

The aviation ship’s also equipped with latest satellite communication technologies and offers telephone and high-speed wireless Internet access for passengers and flight crew. However, there is still some scope for improvement with factors like fuel efficiency and comfort.

A move to bolster China’s status in the world market?

Even though the model of the plane and its functioning were the brainchild of COMAC, the mastermind behind the whole initiative was the Communist Party.

With China’s contribution to the aviation industry being null, except for its high population flying between locations, this programme will improve its status in world market. This programme is a part of a series introduced by the Communist Party to convert China from being the world’s low-cost factory to a producer of profitable technology in aviation, clean energy and the likes.

However, the ARJ21s face stiff competition from the Boeing 787s and Airbus A320s. However, when still in development the ARJ21-700 bagged 308 orders worldwide. Some of the noteworthy mentions are the Industrial and Commercial Bank of China (ICBC), Chengdu Airlines and other domestic airlines, and financial leasing companies from developing countries. An estimate says that China’s demand for civilian jetliners over the next two decades stand at 5,580 planes worth a total of $780 billion. With the maiden voyage garnering critical reception, the ARJ21s stand a chance of earning big in a market, where US-based Boeing and France-based Airbus play a dominant role.