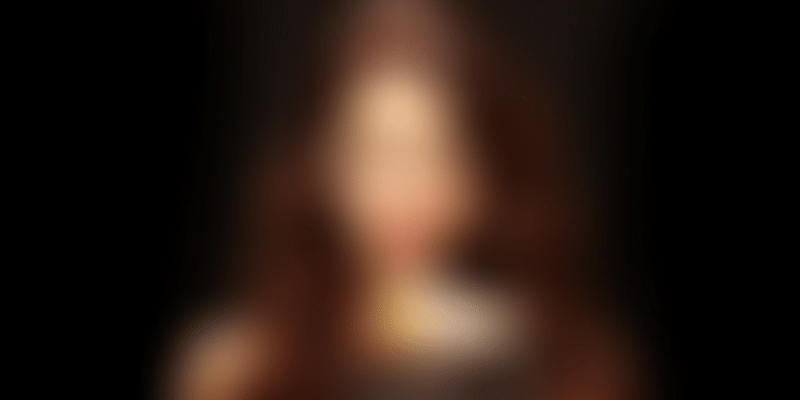 The MasterChef series across the globe has provided a platform for talented home cooks to set foot out of their kitchens and contribute to the ever-growing global food industry. Shipra Khanna, a single mom, a foodie, and a talented home cook, walked away as the winner of MasterChef India, Season 2, on January 1, 2012.

Shipra stood up to the challenge and showed her mettle. HerStory caught up with her to know more about her journey with food, her experiences at the show, and how her life changed after she walked away with the ‘MasterChef’ title.

Food has always been and still is an integral part of Shipra’s life. “It is my lifeline,” as she aptly puts it.

Shipra comes from a Punjabi family where food was always given special importance. “If someone is eating something and even if I have already eaten and stuffed, I will still take a bite and taste their food. That’s how big a foodie I am,” she says.

Her mother and grandmother have had a great influence on her passion for cooking and have been her early teachers. Ask her what is that one skill you need to master to cook and prompt comes the reply, “The only skill is the will to cook nothing else!”

Born and brought up in Shimla, Himachal Pradesh, she studied at Loreto Convent and completed her graduation in Economics and Psychology from St. Bede’s College. She got married early and settled in as a homemaker spending all the time with her kids and family. Since she had been so connected with food, she used to enjoy cooking a lot, especially for her kids.

In 2011 at the insistence of her mother, she applied for MasterChef India. This was a very difficult time for Shipra personally. She has been going through a broken marriage. When she joined MasterChef

India, she had loads on her mind. Her parents knew the challenges she was facing, but they also knew her proficiency in the kitchen and encouraged her to join the competition.

When her name was announced as the winner Shipra says, “It was an ecstatic, euphoric, delirious feeling with yet no feeling at all, I was so numb. I couldn’t believe that it has really happened!” It was when she saw the reaction of the people after her triumph; she was overwhelmed by the love and support everyone had for her.

While in the competition, with some seasoned cooks like Vikas Khanna as one of the judges and a great set of competitors, Shipra learnt and has carried with her a few important things. She learnt that “teamwork is very important, also it’s important to respect people you work with and also to respect their point of view. Having a positive attitude all the time will help you rise and shine against all odds.”

The MasterChef gave Shipra a great global platform to turn her passion into her profession. After winning the competition, she has travelled to different countries like Singapore, Switzerland, Australia, Britain, the Mediterranean. She has done a lot of shows in India and abroad, started her own YouTube channel called Shipra’s Kitchen, has consulted for restaurants, and done TV shows too. She has also been enjoying doing the Tata Sky Active Cooking called Masterclass with Shipra Khanna. “The show is good because it teaches you how to get started from the basics and go on to cook like a professional without going to a culinary school to learn,” says Shipra.

“I always wanted to write as much as I like to read. I wanted to share my experiences with food and travel with everyone and along with my recipes,” she says, about writing her first book called The Spice Route, which does just that. She is working on her second book, which will be about desserts, and it will be out soon

She is a foodie and loves all kinds of food, but leans more towards Indian, Japanese, Oriental, French and Spanish cuisines. She loves street food. Her favourite restaurants include Zuma (a contemporary Japanese restaurant), Coya (serves modern Peruvian food), Le petit (French cuisine), and Nobu (blends Japanese and Peruvian cuisines).

Shipra is based out of Mumbai and travels extensively. There are a few staples that are always to be found in her kitchen and these include cheese, bred, milk, fruits and veggies and eggs. She loves to be bake and can be found baking and eating desserts.

It is never enough

Unlike other industries, in the food industry even after decades of experiences, according to Shipra, you can never say, “I know everything. It is never enough.”

“Be it an aunt, or a stay-at-home mom, or a grandmother or a street food vendor or the most amazing

chefs across the globe – each one has something to teach you. Everyone you meet will know something that you don’t.” She is always open and eager to learn and that is what keeps her going.

In the midst of a very difficult time personally, Shipra managed to win one of the toughest cooking competitions that require not just cooking skill, but determination and drive. “Challenges are something that never stops to exist. I would say that a positive attitude and the right state of mind helps you make the right decisions.”

Focus and dedication are the key ingredients for success. The latter she says cannot be measured. So the MasterChef signs off with an important message, one that she has herself followed diligently in her life over the years.

“You maybe a stay-at-home mom with a happy family and a great life – that is success for what you have been focussed on and dedicated too. Just because some is not in the limelight or up there does not mean they are not successful. There are different perspectives from which you can gauge success.

So whatever may be your goal or your measure of success, you got to have the right focus and dedication towards it and that is all that matters.”