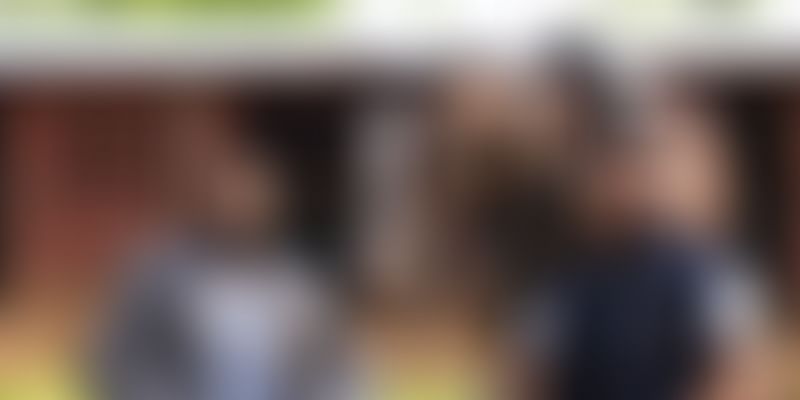 Two friends took the old adage 'choose a job that you love and you will never have to work a day in your life' to heart when they started up. For, Jai Singh and Vikramaditya, friends from Mayo College, bonded over their love for horses. The two would end up spending hours on end at the stables at their college.

“We would admire the beautiful imported riding gear that some of the students had. But what we found frustrating was that quality polo equipment and gear were not available in India, and if one had to buy, imported products were the only option. This frustration later became the seed idea that resulted in the formation of Polofactory,” says 31-year-old Jai.

Bringing in the quality

The ride however wasn’t easy for the team. The duo had begun with their journey with building their signature product – the polo saddle.

Vikramaditya had gone on to work in New Zealand under the tutelage of Ross Ainsely, a leading polo pony trainer. He spent six years there learning more and more about horses and realised that the equipment one uses makes a major impact on the psyche and the body of the horse and therefore effects the performance of both the rider and the horse.

While the idea was strong, they found it difficult to convince artisans to work in a particular way, stick to the design given, and use the best leather, quality threads, rivets and other raw materials. Jai adds,

We would reject most of what was made. Most people kept suggesting that we needed to cut a few corners, else the final product would be too expensive and no one would buy it.

There was some truth in what was said, as the cost of making their products turned out to be three times higher. Thus, their final product cost much higher than what people were used to paying. However, the duo were sure that the quality and durability wasn’t something they were willing to compromise.

When the duo found that the utility of Polofactory’s products was limited to polo players and horsemen, they decided to take polo and horses to everyone else, by venturing into fashion and lifestyle.

Also read: This trio is ‘Making in India’ for the European markets

Polofactory claims to clock a revenue growth of 18x since the time of its inception. From supplying to 10 clients in 2012-13, in 2015-16, Polofactory supplies to over nine countries including UK, Zambia, Australia, USA, New Zealand, Republic of Ireland, Kuwait, Kenya and Qatar.

Polofactory supplies equipment for over 300 horses and over a 100 players and to almost all leading Indian polo professionals like Samsheer Ali, Lokendra Ghanerao, Simran Shergill, Abhimanyu Pathak, Gaurav Sahgal and Uday Kalaan.

It also has now has begun to export to clients, like Micmar Polo, and Surrey Polo, across the globe. The startup aims to be the global leader in polo equipment. The current revenue model is a mix of direct online retail and wholesale supply to teams, clubs and stores.

Also read: This Make In India ‘chair’ brings you closer to health and wellness goals

Smattering of equipment suppliers and manufacturers

However, polo is a niche sport in the country restricted to royalty, people in the army and a few teams. In India, there are several unbranded companies around regions like Kanpur that produce the leather equipment needed for the sport.

There also is SC Baug & Co in Kolkata that is known to produce bamboo balls and other equipment. Then there is SK Saddlery, which is a Kanpur-based polo equipment supplier, which claims that 85 percent of the equipment it sells is produced by artisans around Kanpur, and there also is Shamlal & Sons. However international brands like Casablanca, Oakley for Polo Glasses are still considered among the best.

Currently, Polofactory’s focus is to achieve better global presence. Jai adds that they are working hard to be more accessible to customers across the globe. The team intends to emphasise more on direct retail - online and offline and eventually distribute as a mono brand concept store that works on the franchise model.

“Such stores would be one-stop shops for the best in polo – equipment, fashion and services. Our current website is modelled on this idea. We are hard on expanding our product range and on increasing the brand's visibility to move to this model. On the polo front we want to collaborate, provide support, co-brand with the biggest polo events in the world,” explains Jai.