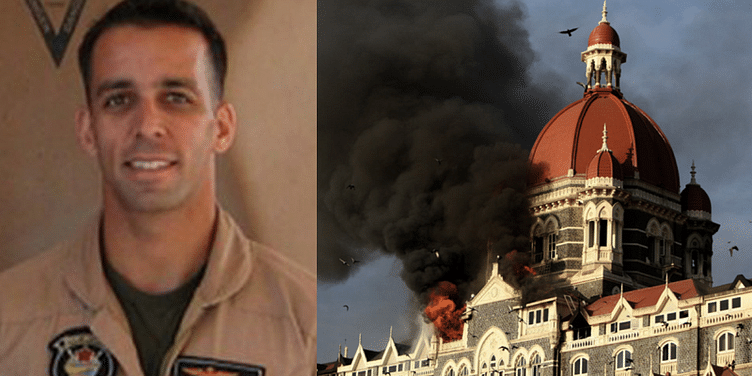 The 26/11 attacks on Mumbai is one of the darkest chapters of India’s recent history, when terrorists of Lashkar-e-Taiba carried out a series of 12 attacks lasting four days across the city, killing 166 people and injuring over 600. It is during these moments of grave pain and agony that heroes emerged. This is the story of one such hero, Captain Ravi Dharnidharka, a then US marine who rose up to the situation and saved 157 lives during the siege of the Taj hotel.

According to India Times, Captain Dharnidharka was in India after more than a decade to meet and spend time with his uncles and cousins. On the day of the attack, he along with his family were dining at Souk, the Lebanese restaurant on the 20th floor of the Taj Mahal Palace.

According to British journalists Cathy Scott-Clark and Adrian Levy who were also trapped inside the hotel, Captain Deharnidharka along with 6 South African ex-commandos came together and decided to act when they heard of the news of attack on the phone.

According to book by the British journalists – ‘The Siege: 68 Hours Inside The Taj Hotel‘ – two of the South African commandos explained the situation to people, while Captain Dharnidharka along with another commando found a secure hall where civilians could remain safe. They also blocked a fire stairway with tables and chairs to make it difficult for the terrorists to enter the floor. While moving everyone through the kitchen into the secure hall, they armed themselves with whatever they could – knives, meat cleavers, rods, to fight back if the situation demanded a retaliation.

The hall which became full with 157 civillians was darkened, the doors were barricaded with every available heavy object, and people were asked to stay quiet. They barricaded the fire escape inside the hall and asked the hotel staff to unblock the stairs if they had to make a quick exit.

Soon they heard two explosions. After the terrorists had set off RDX in the heritage towers of the Taj, they waited quietly for their moment of escape. Around 2 a.m., the terrorists set off 10 kilos of RDX below the central dome of the Taj, and set the sixth floor on fire. The fire had started spreading upwards, which could complicate things further by blocking their exit, cutting their power supply, or even suffocating them. It was time move out.

The South African commandos made sure the path was clear. Captain Dharnidharka helped people vacate the hall slowly. It was realised that an 84-year-old lady among them couldn’t climb down 20 flights of stairs. She insisted on being left there, but Captain Dharnidharka wouldn’t allow that. He took help from one of the waiters and carried her downstairs in his arms.

The staircase was narrow. The group led by the South Africans and Taj security men moved slowly. They were followed by women and children, who were followed by more security men. The men along with Captain Dharnidharka came out last. Crossing each landing carried its own risk. Every floor had a fire exit with a glass panel from where one could see the floor’s lobby, meaning every landing had to be crossed really carefully. The group moved downstairs slowly and steadily before they were out of danger.