Cardiologist Dr Romesh Japra’s Festival of Globe in SiliconValley is bringing together communities to celebrate of art, entrepreneurship, technology, and movies 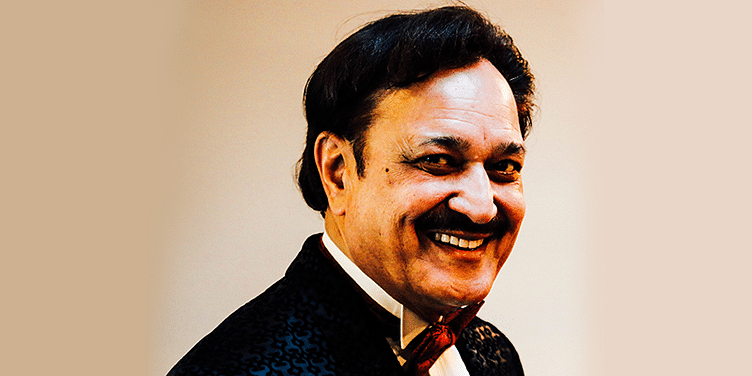 In 1973, a young man moved to the US with dreams of studying and practicing medicine. He went on to become a renowned cardiologist, and today, after more that 40 years of service in the field of Cardiology, he is still working full time with the Washington Hospital in Fremont, US. Over the years Dr Romesh Japra has donned multiple hats, and each with unbridled passion. He has not just been a doctor, but also a philanthropist, entrepreneur, and community leader. He is the Chairman of the Federation of Indian Association of Northern California and the Founder and Convener the Festival of Globe- Silicon Valley (FOGSV), which he started in 2014, to empower and integrate communities for a better future while celebrating the present.

The Festival of Globe – Silicon Valley

The Festival brings together an array of events centered on performing arts, film arts, and business and technology. “We bring artists, thought leaders, entrepreneurs, and investors on a common platform. FOGSV also champions social causes like women and youth empowerment.”

What started initially as the Festival of India in 1993 and revolved around the India Day Parade for Independence Day celebrations, has over the years evolved into Festival of Globe with parades, a cultural programme including dancers, singers, and other performing artists. The purpose behind the Festival, says Romesh, “was to showcase our rich culture, heritage, values, and traditions to mainstream Americans and imbibe them in our children who were born in America.”

There is something for everyone at the festival, be it festival offers, food fests, a free health fair, and a Grand Parade celebrating democracy, freedom, independence, and cultural heritage. From the Festival of India and Parade, which has grown from 5,000 to 200,000 attendees in 2015, the journey has been long and many events such as the Movie Fest have been added.

“This year, we are promoting the cause of empowering youth against sex crimes. With the aim to ‘Educate, Empower, and Eradicate’, we are showcasing quite a few movies incorporating this noble social cause. Actors, artists, and directors will also participate in multiple forums and tracks to highlight this issue.”

The Festival of Globe attracts multiple arts, performers, and entrepreneurs not only from across the globe, but also from India every year.

Giving to the community

As a community leader and as a Chairman of Federation of Indian Association, he enjoys working in the trenches. “I lead from the front and enjoy every minute of the process leading to success,” he says.

Over the last few decades, he has also taken on the mantle of a leader in the Indian immigrant community and become a part of several cultural, social, and civic organisations such as Federation of Indo-Americans, National Political Forum, and Chamber of Commerce. In 1983, he also co-founded the Fremont Hindu Temple and Cultural Center in Silicon Valley. “Being a small immigrant community in those days we needed a place to worship and socialise. We had to rent time from churches for the same. So we took this Church and turned it into a Hindu Temple.”

As a full-time cardiologist, philanthropist, and a member of multiple organisations, the essence of all his work is community service. “Community service lies at the centre of it all. I firmly believe in doing good karma without expecting anything in return. This has kept me going. It has been a totally gratifying experience. I will never trade it for anything else.”

He has been doing community service since he was a young medical student.

Born in Phagwara in Punjab and brought up in a small village in Panshta where his mother used to teach, Romesh learnt the value of education early on. Though he loved sports and soccer, he made it through DAV College Jullundur for Pre-Medicals and went on to AIIMS, New Delhi to complete his MBBS from 1967 to 1973. He also cleared his ECFMG and the dreams of going abroad brought him to the US in 1973.

Other than education, his mother also imbibed in him a passion for community service. “Help the underdogs and always be down to earth,” is something he learnt from her.

“Whenever I went back home to Phagwara, from AIIMS or the States, she would not give me my breakfast until I took care of all the patients who used to line up in the street in front of our small house,” says Romesh.

“A medical background was a perfect base from where I was able to grow and prosper. This gave me ample opportunities to get engaged in community service. I felt more and more empowered and was able to give more and more of me to the community. I totally feel blessed being transformed into this position of giving.” The community service is still something that he continues in the US and provides free medical service on Sundays.

“Silicon Valley is the land of opportunity in the real sense; it is where ideas turn into money and dreams turn into reality,” says Romesh.

His passion for connecting and empowering communities through music, arts, cultural events, and reaching out to other diverse communities came true in the Valley.

Talking about the latest initiative- the Movie Fest he says, “With movies being a part of FOGSV, and Silicon Valley being the hub of technology and innovation, we can inspire lot more innovation in film making and digital and other means of film distribution, and thus reach out to masses globally. Otherwise, 90 percent of the independent films end up in the closets.”

Indian communities in the Valley

From a diversity and ethnicity point of view, according to Romesh, Silicon Valley is like the United Nations. It gives equal opportunity and a level paying field for all the global communities to participate, engage, and empower themselves. According to him, all cultures exhibit discrimination but he has countered it by being a part of the system, and doing his best for the community than being outside it.

Talking about the Indians living in the US, he shares that the first generation of Indian Americans have done phenomenally well because of their hard work and risk-taking, which is the “perfect recipe for super success.” As for the second generation Indian Americans, “they have become entrepreneurs since they get plenty of support from parents. This has translated into hundreds of millionaires, and also a few billionaires.”

With all the hats he dons, Romesh’s passion keeps him going. His journey from Phagwara to the US, as an influencer, a doctor, an entrepreneur, and a philanthropist has been a remarkable one. His work and the stature and the wealth that he has achieved by hard work has only strengthened his resolve to do more for the community and inspired others to follow in his footsteps.