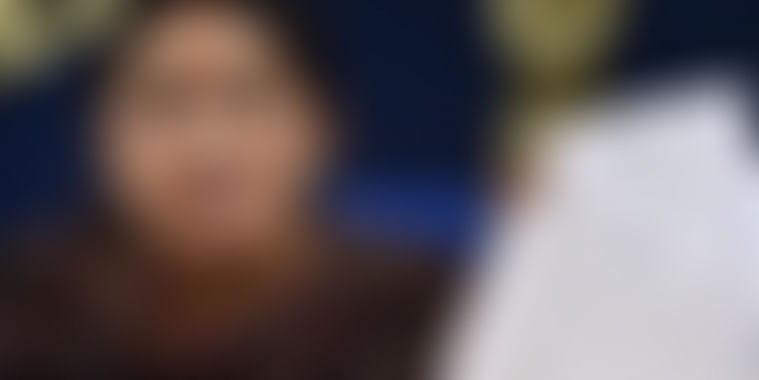 It wouldn’t be an exaggeration to say that Smriti Irani went from being prominent in the television sphere to relevant in the larger scheme of things in the country swifter than all the others who have dared to make the switch. When she gave Rahul Gandhi a worrisome scare at Amethi as a debutante in the parliamentary race, her competence was validated—and even duly rewarded—with the HRD portfolio on Modi’s cabinet when he came to power. But her term was riddled with controversy, until events that panned out over a span of two years culminated in her being transferred—and demoted, most consider—to the Textiles portfolio, in last night’s cabinet reshuffle. But will that be her legacy? That is for you to decide; here is her journey:

Born in Delhi in a Punjabi-Bengali family, Smriti married Zubin Irani, a Zoroastrian in 2001, to go on to take his name. She has been a part of the Rashtriya Swayamsevak Sangh (RSS) from childhood, as her grandfather was an RSS swayamsevak and her mother a member of Jana Sangh. A proponent of dignity of labour from the start, she was a waitress and cleaner at a local McDonald’s until she decided to try her luck at modelling.

She made it to the finals of Femina Miss India in 1998, and leveraged the mild success to build her nexus to TV, debuting in acting in early 2000 with the series “Aatish” and “Hum Hain Kal Aaj Kal Aur Kal”. Her big break, though, came as Tulsi Virani in Ekta Kapoor’s production “Kyunki Saas Bhi Kabhi Bahu Thi”. She holds the record of winning five consecutive Indian Television Academy Awards for Best Actress (Popular), four Indian Telly Awards, and eight Star Parivaar Awards.

She joined the school of personalities like Amitabh Bachchan, Jaya Bachchan, Govinda and Shatrughan Sinha, who were taking to politics for the greater good in the early 2000s. Smriti joined the Bharatiya Janata Party in 2003 and contested the 14th Lok Sabha elections from the Chandni Chowk constituency in 2004, pitted against INC’s Kapil Sibal. Although she lost the race, she was appointed the Vice-President of the Maharashtra Youth Wing. She has been nominated executive member of the central committee five times and was appointed the National Secretary of the party. She was appointed All India President of the BJP’s women’s wing, BJP Mahila Morcha. Her last role in office, before she made it to the cabinet, was as a Member of Parliament from Gujarat to the Rajya Sabha in 2011.

All of 38, but having amassed over a decade of experience in state and central politics, Smriti Irani contested the General Elections of 2014 with a ticket from the NDA, to lock horns with the Prime Ministerial candidate of the incumbent alliance, UPA–INC Vice-President Rahul Gandhi, in Amethi. She went down, but not without putting up a fight—with one of the closest margins ever, at barely a lakh votes. When the NDA won the majority and occupied their seats at Sansad Bhavan, Smriti Irani was invited to assume a major portfolio in PM Modi’s cabinet—of Human Resources Development, becoming the youngest among all the women ministers in the Modi government. She was criticised for being under-qualified for her role, due to her lack of formal higher education.

In June 2014, Irani initiated a roll-back of Delhi University’s (DU) four-year university programme, just a year into its initiation. In line with the row over her competence, Smriti Irani’s first trial came in the form of investigations into her educational qualifications. Irani was being accused of misrepresenting her educational qualifications and allegedly submitting conflicting affidavits while filing for different elections. In June 2015, a lower court held that the allegations against Irani were maintainable and a delay in prosecution was not a valid reason for dismissal.

Her stint locked in controversies

She rocked the boat again, causing the Indian Institute of Technology (IIT) Delhi Director RK Shevgaonkar to resign from his post in December 2014, two years before his term was to end, when Smriti exerted pressure on the institute to release pay of nearly Rs 70 lakh to IIT-D faculty and BJP functionary Subramanian Swamy as salary dues between 1972 and 1991. Her trysts with the IITs continued when she was criticised for having a role in the banning of a student group in IIT-Madras for congregating and propagating criticisms against the Modi regime. She, however, denied all connections with the case.

When she nominated Vishram Jamdar as the chairman of the Vishweshwaraya National Institute of Technology (VNIT) in Nagpur, she was accused of favouritism considering the two had been sevaks at RSS. She was embroiled in a saffronisation row when she replaced Greek with Sanskrit as the third language in Kendriya Vidyalayas and declared Christmas Day as Good Governance Day instead.

Even before this storm had blown over completely, another controversy heavily rocked the boat, with the case of the suicide of Rohith Vemula—a Ph.D scholar and Dalit-rights activist. He was expelled following a complaint registered against him by the student wing of the BJP, submitted to Smriti Irani. Rohith, however, blamed no one but his roots and circumstances in the controversy. She was further criticised for “for spreading lies and distorting facts” while presenting the case in a fiery speech in the parliament, where she pointed out inefficiencies in the police and doctors’ handling of the case. Finally, when Kanhaiya Kumar made a clarion call to the nation to stand up against classism and was arrested for having seditious sentiments, Irani came under fire for this move.

This was the series of dominoes that led to the transfer of the promising young leader to the Textiles portfolio, which she has accepted courteously and sportingly. Analysts have touted her as a formidable competitor in the CM contest in the upcoming UP elections next year, which BJP deems crucial to win. It remains to be seen whether this transfer was to reduce her burden for her upcoming heftier duties, or whether it was, indeed, a response to the series of faux pas that she found herself in the middle of.