You see these logos everyday, but do you know the stories behind them? 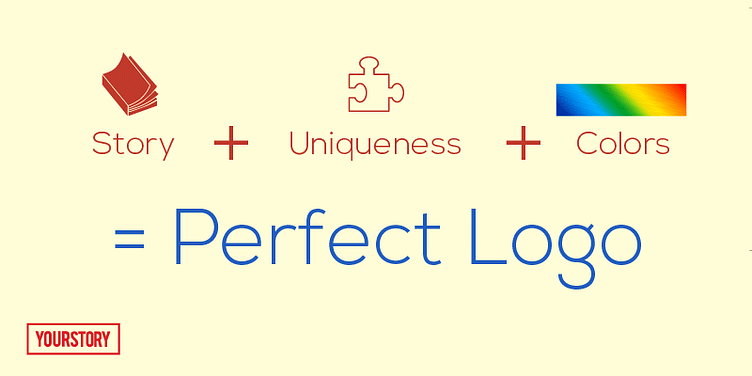 That one little symbol – your logo – is practically the face of your brand personality. Since it has an important role to play, it is also one of the most difficult to decide upon. After all, everything that the company does is going to carry it. Be it a marketing campaign, or a product launch or even the T-shirts which are printed for employees and associates – it forms a huge representation of the company in the market.

“Logos and branding are so important. In a big part of the world, people cannot read French or English, but are great in remembering signs.” – Karl Lagerfield.

We could probably recognise well-known logos in our sleep. But how many of us know the stories behind them? This is why we’ve decided to bring these stories to light. Here are five of the most iconic logos in the world and how they came to be.

The company that is literally the answer to all our problems and questions has quite a tale behind its logo. Google was initially called ‘BackRub’ because the system was equipped to check ‘backlinks’ to gauge the importance of a website. The name was then meant to be changed to ‘Googol’, which indicates the number one followed by a hundred zeroes, signifying the enormous quantities of information the search engine was intended to provide. It was, however, misspelled to give us what we know and love as ‘Google’. Although the company’s logo represents its name in a basic, colourful font, the fluorescent green that stands out from the primary colours of red, yellow and blue, indicates the company’s promise to be a little different, a little ahead of all the others.

There are quite a few theories behind the trademarked apple with a missing chunk. Some say that it is based on the modification of the company’s first logo designed by Ron Wayne that depicted Sir Isaac Newton sitting beneath an apple tree. Some say that the current design, created by Rob Janoff, was made in this way to be differentiated from a cherry. Another theory has a more mythological viewpoint – that it represents the ‘Apple of Knowledge’ that Eve bit into in the Garden of Eden. For a while, Apple sported coloured stripes on its standard logo to indicate that the Apple II could generate their graphics in colour. However, it later resumed the monochromatically styled logo as it allowed for greater flexibility and had an iconic, elegant style.

The company, which was founded in 1911 as the ‘Computing-Tabulating-Recording Company’, changed its name to ‘International Business Machines’ in 1924. The first IBM logo depicted a globe, following which it was modified a number of times. When the globe logo did not manage to attract the public in the way the company’s leaders had hoped, they decided to create a simple and decipherable design that would be easy on the eyes. Thus, they featured the letters IBM in a bold and tight font. This was modified by Paul Rand in 1972 and the form continues to this day – the word IBM in a big serif font, with horizontal lines of white space running through the letters. These horizontal lines were introduced in the logo due to the incapability of the old, dot-matrix printers to reproduce large blocks of solid ink. The original number of lines was thirteen, but this caused ‘ink=bleeding’ issues in the company’s print-media, ironically. It was then lowered to eight. The logo is said to represent ‘equality’ due to the fact that the bottom-right side of it is broken up in the form of an ‘=’ sign.

What most people don’t know is that ‘Cisco’ is an abbreviation of the great city of San Francisco! According to the first President of the company, the minute the creators of the company laid eyes on the Golden Gate Bridge, they decided its name right then and there. The first logo of the company, designed in 1990, depicted a bridge enclosed in a box. After several modifications, the founders settled on the current logo, which depicts electromagnets over the oval-ish-font stating ‘cisco’. What people might have missed is the fact that the company stuck to its original representation, because if you look close enough, the electromagnets are made in the shape of the Golden Gate Bridge.

The story behind Ferrari’s trademark logo is a touching one that was narrated by Enzo Ferrari only once in his lifetime. The famous ‘prancing horse’ did not make its debut on the iconic cars but on the fuselage of a fighter plane of an Unsung Hero – Francesco Baracca, an airman during World War I. Ferrari had met Baracca’s parents – Enrico and Paulina – in 1923, who had asked him to put their martyr son’s trademark on his cars for good luck. He thus imitated the design of the prancing black horse to the last detail, and placed it in a bright yellow background, which he saw as the ‘colour of Modena’.

So the next time you visit their websites, or walk past any of their stores , look twice and remember that there’s probably an interesting story behind the logo. What's your favourite company logo and do you know how it came about?