The appointment of Sushila Karki as Nepal’s first woman Chief Justice was recently unanimously endorsed by a parliamentary panel, setting the stage for her to take charge at the Supreme Court to lead the judiciary.

The confirmation of Karki’s appointment means Nepal now will have women serving as its President, Speaker of Parliament and Chief Justice of the Supreme Court.

Sixty-four-year-old Karki, who has done her Masters in Political Science from Banaras Hindu University, is known for her ‘zero-tolerance’ for corruption. Speaking at the hearing by the Parliamentary Hearing Special Committee, Karki told lawmakers that the Supreme Court faces a tough time due to a shortage of judges, The Himalayan Times reported. She asked the committee to conduct hearings for judges’ appointment soon. Currently, 11 nominees are awaiting the PHSC hearing for their appointment as the SC judges.

Karki was recommended for the top judicial post on April 10 this year by the Judicial Council. Her appointment was pending because of the delay in the formation of the PHSC due to some technical reasons. Karki is known for judgments like allowing women to pass their citizenship to their children, previously open only to men. She took charge of the Supreme Court as the Acting Chief Justice since her predecessor Kalyan Shrestha retired on April 14.

Also read : How well do you know these seven women ministers in the new Indian government?

Karki was appointed as the Ad-Hoc Justice at the Supreme Court in January 2009. She was promoted as Permanent Justice in November 2010. She began legal practice in March 1979 and will head the judiciary till June 6, 2017. Prior to this, she had been serving in the legal sector in the capacity of a senior advocate.She was promoted to the Permanent Justice on November 2010. The Constitutional Council headed by Prime Minister KP Oli recommended her name for the post Chief Justice of Supreme court of Nepal 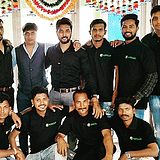 Coronavirus updates for May 27

How COVID-19 is transforming the education sector in India