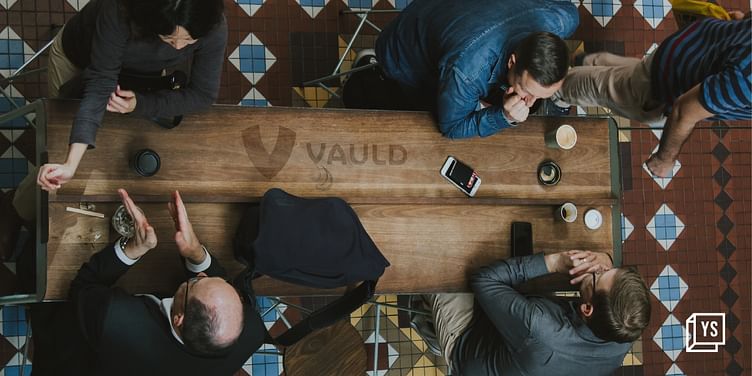 Vauld’s creditors committee is assessing three potential solutions for a bailout, while not ruling out an acquisition by Nexo if the bankrupt company’s liabilities can be reduced to an “acceptable level”.

The creditors committee created to address issues at Singapore-headquartered cryptocurrency exchange ﻿Vauld﻿ is considering plans for a restructuring and a bankruptcy option, besides a potential sale to Nexo that’s been stalled over high debt concerns.

Minutes of the committee’s first meeting, held last month and accessed by YourStory, reveal Vauld will also consider seeking an extension to its moratorium period by another three months to February.

These details haven’t been reported before.

After Vauld filed for bankruptcy, the Singapore High Court in August granted its parent company, Defi Payments, a moratorium until November 7, allowing for an extension “based on an assessment of the firm’s progress in engaging with its creditors.”

India’s Enforcement Directorate added to Vauld’s woes when it froze assets worth $46.4 million of the company’s locally registered entity, Flipvolt Technologies, as part of an investigation into predatory lending firms.

“The timeline of the restructuring is anticipated to be at least a further four months, and so Defi Payments will apply to the Court for an extension of the moratorium for continued protection in relation to legal claims against Defi Payments,” a spokesperson for Vauld said in an email reply to YourStory.

As per the company, this is to comply with required statutory timelines to allow creditors sufficient time to evaluate the scheme document and plan for a voting process.

Twelve of the 13 creditors committee members at the meeting voted in favour of extending the moratorium period, the minutes show.

The committee is a consultative body representing the general creditors during the process of restructuring. It does not have any decision-making powers in the ongoing process.

Here’s how the three options for a bailout for Vauld Group–restructuring, liquidation, and acquisition by Nexo–could play out, according to the company.

In the event the company is liquidated, the estimated recoveries to creditors under a liquidation scenario are 38% as a low case, and 49% as a base case.

Proceeds from a liquidation would take 3 years or more to be paid to creditors.

As per the minutes of the meeting, a debt tender offer will be made by Vauld Group to creditors via a method where creditors can put up their assets to be purchased by a company, otherwise known as Reverse Dutch Auction.

“The buyback will be subject to a cap of approximately $65 million of available liquid assets for payment to creditors who participated in the debt tender offer,” Rose informed the committee.

She added that Vauld would accept bids in order from the highest level of discount up to the ceiling threshold of 50% until the available assets are allocated.

Creditors who choose not to sell off their assets will receive the remains of the company’s assets being invested with a third-party crypto fund manager, who could potentially obtain recoveries over 100%.

The fund manager under the restructuring proposal is yet to be identified by Defi Payments.

The total process of restructuring is likely to last three years. During this period, creditors will be allowed to withdraw throughout, but capped at 25% of their assets. They can withdraw all their assets at the end of the three-year period.

The only other outcome where creditors are likely to receive about 100% of their payouts is if the exchange is bought by Nexo. According to Darshan Bathija, CEO of Vauld, the documentation provided by Vauld Group to Nexo was acceptable.

“Nexo’s feedback is that a gap of $81 million is too high for Nexo. As a result, Nexo is anticipating that the debt tender offer will reduce Vauld’s liabilities to a level acceptable for capital injection,” he said, as per the minutes of the meeting.

In the event of an acquisition, creditor claims that have not participated in the debt tender offer or have not been successful in the process would be transferred to the Nexo platform as new customer account balances.

Withdrawals in this scenario would be subject to an 18-month lockup period.

“We are cooperating with the Enforcement Directorate in India while proceeding with due process and expect 12 to 14 months for a resolution,” Darshan said in the meeting.

He added that once these assets are made available, they will be used to pay Flipvolt’s creditors (Indian users) as well as any pending receivables to Defi Payments.