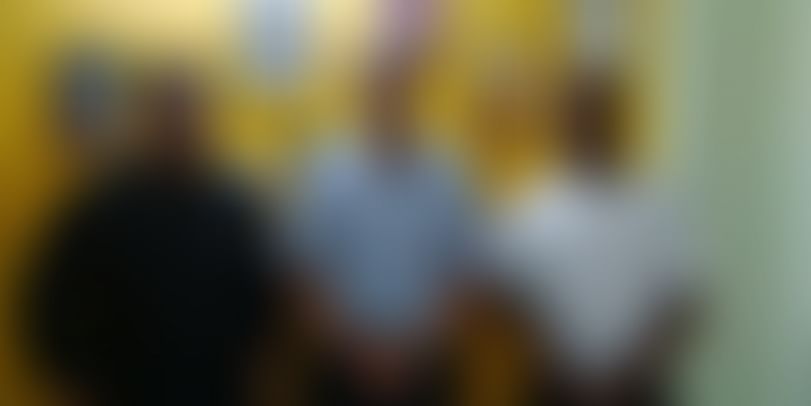 Kolkata-based healthtech startup Tiyo, which was launched in May 2015 by Ranna Dutta, Sandip Bodak and Sunil Mishra, has raised $120,000 of angel funding, after being bootstrapped for almost a year. The round was led by veteran entrepreneurs from Middle East- Anish K and Ajith Nair, CEO iAdepto Global.

The company has also closed its pre-Series A round, where it raised $750,000, and will soon be closing its Series A as well.

The raised funds will be utilised to strengthen the development team based out of Bengaluru and will help in opening new sales offices in the South and West.

On what sets his startup apart in the increasingly crowded healthtech segment, the founder, 38-year-old Rana Dutta says, “We not just rely on the technology but also heavily depend on the content part. Broadly, the platform brings the patients and doctors together on one platform. It focusses on solving patients’ primary and secondary problems and nothing beyond it.”

Through its web app, Tiyo connects patients with doctors, and facilitates appointment booking. Unlike other platforms, the patients can book appointments through a basic phone and not necessarily a smartphone. One can call on Tiyo's toll-free number to book an appointment. The platform provides a 'Health View' account wherein the patients can find all the essential information about the doctors and take their call. Additionally, more information is provided on the platform for the patients to assess which doctor can best handle their case. They are provided with ample storage capacity for their medical records, and have the option of getting more capacity by paying an annual subscription fee of Rs 700.

On the analytics front, the company provides patients with wearables, which will be integrated with Tiyo’s IoT platform, or with certified wearables’ APK. Data thus collected aids doctors in correctly understanding the patients' needs and response to treatment, helping push up the chances of cure.

Tiyo also assists patients in lab and call service where lab assistants provide a home service, if feasible. And with the intent of enhancing the platform's productivity, it has initiated a social network for the registered doctors.

Interestingly, unlike a number of startups out there, this venture ensured that the revenue model was in place from the first day of operations. With more than 17 years of experience in IT and consulting, the founders understood the significance of unit economics and the crucial need to generate revenues.

Tiyo operates on a Software as a Service (SaaS) model for the doctors and the initial login is free for the patients, but a fixed fee is charged after the consultation. The company expects to have 25 percent of the doctors on their SaaS based model by March 2017 and to have 300 command centres.

Ranna Dutta highlights that unit economics is crucial for a startup to achieve sustainability and thus together all the founders ensured that revenue is generated.

He notes, “Bootstrapping is the best thing that happens to a startup. That’s when one learns to value money because first thing you need to do is credit salary, and so you know how to keep the burn rate at a minimum.”

With a team of 30 members, the company claims to clock 10,000 appointments in a day. By March 2017, the firm expects to reach 10 lakh appointments and have two lakh doctors on board.

The company has also partnered with clinical centres, to come on board starting next month.

The platform is currently available in four cities including Kolkata, Bengaluru, Pune and Hyderabad. It plans to roll out in 10 more cities, like Chennai, Mumbai, Chandigarh, Ahmedabad amongst others, by the end of this year. Tiyo plans to foray into Tier I and II markets by 2017.

Outside Kolkata, the website is available only in public beta mode and will be launched in August with its second version, with 50,000 doctors on the platform. At the same time, the company intends to launch its Android and iOS app.

Additionally, the company is beta testing its enterprise solution of hospital management system, which will be launched in January 2017.

According to Rana, the healthcare segment is more challenging as no one openly talks about its roadblocks or has explored the segment too well, which increases the risks of failure.

Practo has been one of the major players in this segment. Accel and IFC-backed Portea is another established player, and it acquired a majority stake in PSTakeCare earlier this year.

Offering digital healthcare services will be challenging at this juncture, as the Indian market it still at the nascent stage of the digital era. However, with the right set of offerings and services the market can be captured. But it will be a long and rough ride ahead.